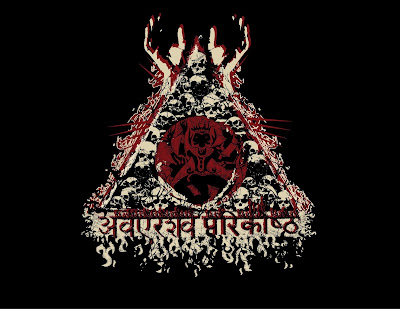 "Averxu Atrium is an spiritual, ritualistic Black metal band from Costa Rica with the idea of express our knowledge during the transition of our lives.

The main idea of Averxu Atrium is not to be part of any kind of scene or group, we only search the illumination through the life. We worship the ancient gods and all the knowledge behind of it. 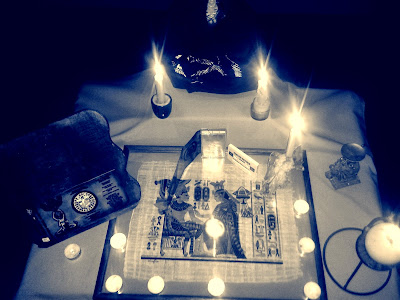 Through all these years, the band has been working a lot in the composition of the proper materials.

“Ω Qliphoth Sefirot Kéter Ω” is one of our examples, Averxu Atrium, centers his ideas to create his own music according to self experiences, to believe in the things that we read and most important to put it in practice.

All the songs, sigils and symbiology of this EP, are totally created by the band members, we decided to create our own self expressions. Every sigil has a deep meaning of ideology.

The lyrics are fully based on: occultism, esoterism and anti-cosmic Satanism and many aspects of: spiritualism and of course to all the devotion of our Santa Madre Muerte. 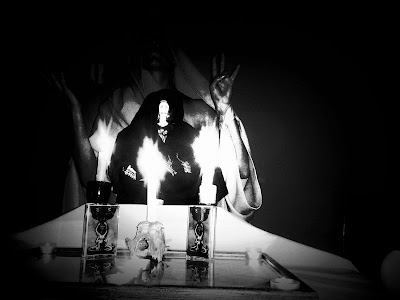 The composition of the material, are running by the band. We have been working a lot during all these years, to create the proper sound, meaning and lyrics style.

The transition of the recording was very difficult, because Averxu Atrium have only two members, at that time. But clearly everything runs very well.

In 2013 in March, we began to record the Ep at Dijeres´s studio (A friend of the band), and in December the material it was ready. At 2014 we contacted: New order records, it’s an underground label from Costa Rica and one of the few and true ones.

The tape will be able only in 100 copies in the normal edition, and we are working on the limited special edition limited to 33 copies around the world. The tape will include a mini poster and more sigils, created to the proper songs. 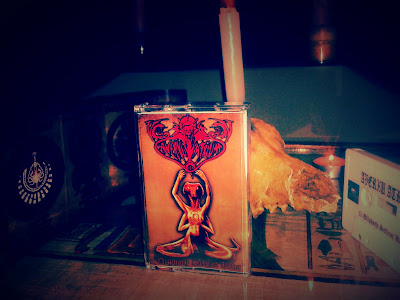 The names of the songs are:

The layout of both tapes contents a lot of sigils and meanings, every song has a deep simbology.

On these days, the band is working with the new drummer player to began to record of the new material. Also all the songs, and meaning of the new full album have already been written.

And according to the lyrics style we have created a new band logo. So there it is:
Also the logo have 2 versions, the normal one, with the name in English and the Indian version.

On this material, we are worshiping the ancient gods of India, such as: Kalí Agní and among others, we cannot tell you about everything on this release, but the new material are going to be a very deep spiritual concept and a very rude style of music, as always." 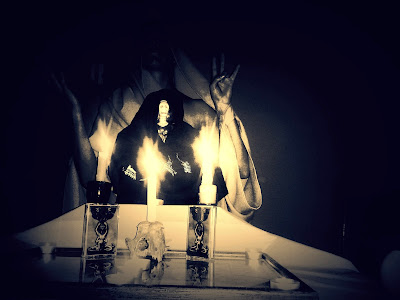 (a short but  I think, a very important  conversation with my Brother in Chaos, Daniel Averx Pérez):

Ave  my brother Daniel! I would to Hail you with the releasing of Averxu Atrium new material on the tape and I'm so honored that you mentioned me also in your work! Eternal Respect! Where can  order Averxu Atrium fans your new material?
- Thanks for your support brother.
You can ordered the tape at new order records Costa Rica, this is the page: facebook.com/neworderrecs?fref=ts

As I've seen, Averxu Atrium's opus limited to 100 copies. Have you  any plans to send  your stuff to some labels to share it in Europe?
- Actually, yesterday, a guy from Germany request 10 tapes for his country, we are honored, because the support in Costa Rica is very poor.
I'm planning  also to send to you a copy and a lot of friends, bands like, Funeral Winds, Ophidian Coil and Kozeljnik, they  are always support us. 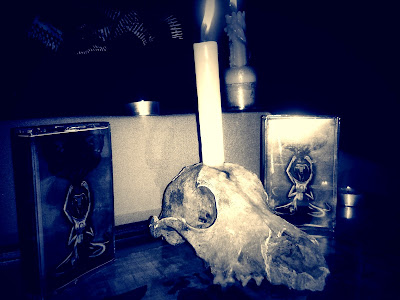 I've noticed with Morbid Funeral of Costa Rica you at work also. Would you be so kind to tell about more information?
- Well Morbid Funeral is one of the oldest black metal bands from Costa Rica, they have a lot of materials and tons of interviews, i joined them in 2009, only for a live support but we decided to continue with composing and they include me.
We became the first black metal band with 7 Ep with label from France, the label is: Legion of death records,(thanks to shaxul for this amazing release).
We are planning a lot of things, such as a split and the new upcoming album.
You can visit the page:
www.facebook.com/morbidfuneralcr?fref=ts

You sent me  a link about an awesome track of your another project, called Zwarte Vlam. Enlight us about that project, please!
- The project began in 2009, the band is running only by myself, the music style is very raw, besides Morbid Funeral and Averxu Atrium, Zwarte Vlam is more underground, and I don’t have any links of the band, only the song on YouTube.
The band has 2 splits and one demo, also I'm recording the new one.

Also you can find all the information in here:

This is the song:
youtube.com/watch?v=KBkFXauHjDQ 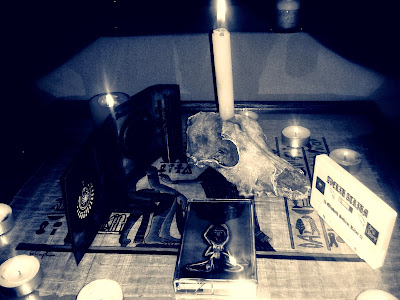 I've been surprised, when I watched the 2014 FIFA World Cup in Brazil in the summer when your country  won against Uruguay (3-1), Italy(1-0) and a 0-0 draw England. In the round of 16 Costa Rica beat Greece 5-3 on penalties (after 1-1 draw). At the quarterfinals the Costa Ricans fought the Netherlands to a 0-0 draw  extra time. On penalties your team lost (3-4). I must to say that Costa Rican team it was so amazing!  Any experiences, when you and your friends watched the matches of your country?
- Well, I like soccer but not so much, i only support my local team, but in the world cup Costa Rica won a lot of things, about the experiences, well, I just watched the games with my family, and in the night, hanging out with the brotherhood.

Muchas gracias brother! some thoughts in the end of this mini-interview.....
- Thanks to you brother, I'm very happy of the result of this Ep of Averxu Atrium, we have received a lot of support from many countries, its funny because in Costa Rica the support is never existed only a few people support out arts, and this is very exciting to know people who really support the band and the arts.

Thanks a lot for your time.

Let the serpent reach you. 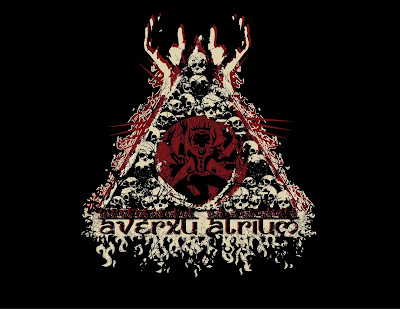 Our conversation with Daniel on the  23.VIII.2013:
http://archangels-lantern.blogspot.com/2013/08/interview-with-daniel-averx-morbid.html