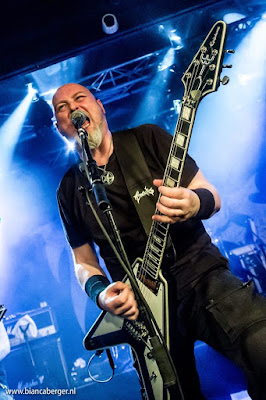 Hail Stephan! Our congratulations for 35th Anniversary of Thanatos. I’ve watched your latest live show @ Party San through YouTube, it’s just awesome one. Tell the readers your experiences please.
- Hi, thank you. Well 2019 has been a busy year for Thanatos so far. First we signed a new record deal (with Listenable Records), then we had to do a lot of  preparations for the anniversary show in Rotterdam on March 16th; get all the old band members together, rehearse with them, make our own beer etc. After that we had a few more cool festival shows planned including Party.San. I was really excited to play Party.San. First we felt a bit unlucky that we had to play the tent stage, but it turned out really well; we played at a really good time around 21:00 hours and the tent was packed with more than 3,000 people , so no complaints. Apart from the light show breaking down (power seizure) during our first song, but everything was OK again when we started the 2nd song. 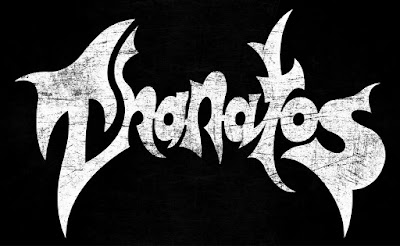 ,Blind Obedience” and ,,Thanatos” (originally written and recorded in 1983/1984 for very first Thanatos demo tape ‘Speed Kills’) were re-recorded earlier this year, featuring original guitarist and founder member Remco de Maaijer and will be released this fall by Dead by Dawn Records from Belgium in 7 Inch format. Share with us all the important detail about it.
-Yeah, we were approached to do a compilation album with all our demo recordings to celebrate our 35th anniversary, but we wanted to do something special as well, apart from the old recordings. So when we started rehearsing with some of the old band members for the anniversary show, we came up with the idea to re-record two of our oldest tracks for that compilation album and I also wanted to include Remco with these recording as me and him started Thanatos back in 1983/1984 in high school. We had a lot of fun recording those 2 songs and I think they turned out really well. Unfortunately, Memento Mori records, who released the compilation doesn’t do vinyl releases, but we really wanted those 2 songs to appear on vinyl. So a few months back we got in touch with this new label from Belgium Dead By Dawn, which is run by this really cool girl from Belgium, called Laura. So now we will release these 2 songs as a 7 inch vinyl EP, it will be out at the end of September I hope.

Your latest full length called Global Purification is just a brilliant album as for me. What are your favourite tracks from “Global Purification”? Did you start to write new tracks for new Thanatos stuff?
- Thank you, It’s always difficult to pick favorite tracks, cause it can be different again tomorrow ;-) But right now I would say ,,Global Purification”, ,,Feeding The War Machine”, ,,World Jihad” and ,,The Murder Of Innocence” are my favorites. And yes, we have written a complete new album already! We’re putting the finishing touches to the new songs and will start recording at the end of September/early October. The album will be out on Listenable Records March/April next year. 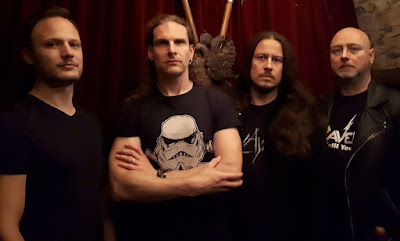 Thanatos will be playing next at Meh Suff Sestival in Switzerland in September. Do you prepare maybe a special set there?
- We will be playing there very late on Saturday, after Sodom, so hopefully everybody will stay awake! We will play some songs from the first 2 albums, some from ‘Global Purification’ and maybe one new song! 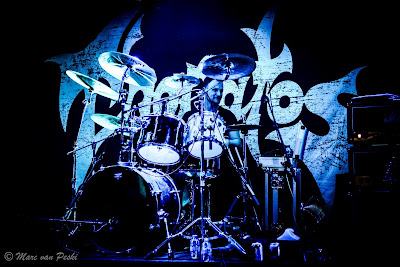 What are your favourite album and tracks from Hail Of Bullets?
- Favourite album is easy for me; that’s definitely ‘Of Frost And War’. I even think it’s one of the 3 best death metal albums ever recorded by a Dutch band, haha. And it’s also the biggest selling Dutch death metal album this century. My favourite Hail of Bullets songs are ,,Ordered Eastward”, ,,General Winter”, ,,Berlin”, ,,Tokyo Napalm Holocaust”, ,,On Coral Shores” and ,,DG-7” 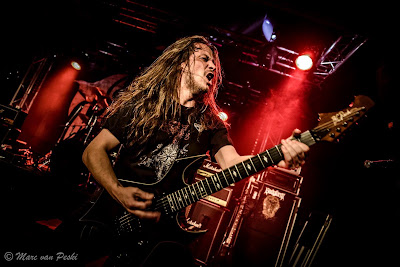 You were invited as a special guest in Bodyfarm LP, called “The Coming Scourge”, if I’m not mistaken, you played lead guitars in track Der Landkreuzer”. How did you remember about that amazing co-operation? (I’m so sorry about your friend, Thomas Wouters (R.I.P.))
-Yeah, it’s really sad what happened to Thomas… I attended his funeral last week and it was really emotional. It’s not like Thomas and me saw each other every weekend, but we always had a lot of fun when we met. He was definitely more than ‘just a collegue’ to me, will miss him. Thomas simply asked me to do a guitar solo on their album and so it happened. They were still an upcoming band back then and a little help here and there from friends can’t hurt. Martin van Drunen also did vocals on one of their songs. 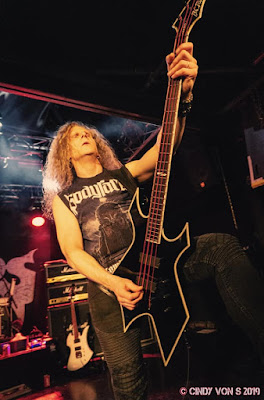 You were as a special guest in different great hordes’ albums, just mentioned a few, Houwitser, Temple, Satanika, Defiatory, Released Anger, Just Before Dawn. Would you be so kind to speak about these collaborations?
- A lot of bands and people have asked me to do some vocals or guitars on their albums. I do not always say yes, but I’m always flattered when people ask me. Most of these collaborations were with people that I’ve met in real life or got to know better in the course of time. Ronnie from Defiatory was the sound guy for Hail of Bullets for example. Houwitser were good friends and with Released Anger it was quite logical when they did a Thanatos cover. I’m a bit selective with guest appearances and I’m not too much into side projects, but I’m really proud of the stuff I did with all the bands you mentioned above. I’m on the new Satanika album again and maybe I will also be on the next Just Before Dawn recording again.

When did you start to work for Aardschok? What are your most liked interviews you made for Aardschok?
- I don’t remember exactly’. It must have been around 1986 or so. Then I quit again in the nineties and came back again after some years. I think interviewing all band members from KISS, some face to face like Gene Simmons and the others by phone (Paul, Ace, Peter, Tommy)  has been one of the biggest things for me. Interviews with Rob Halford, Slayer and King Diamond have also been highlights.

Name us please your top 5 or 10 Kiss albums. What are your most precious treasures from your Kiss-collection?
That’s difficult…when I only go for studio albums I would say;
1.Destroyer
2.Love Gun
3.Creatures of the Night
4.Hotter Than Hell
5.KISS

When I also include the live albums it would be:
1.KISS Alive!
2.KISS Alive II
3.Destroyer
4.Love Gun
5.Creatures of the Night

I’m not a big collector, of course I have some cool bootlegs like Egos at the Stake, Takes Tokyo and Destroys Anaheim, quite a few books on KISS and last year I finally got The Originals on vinyl, but I’m not a real collector. 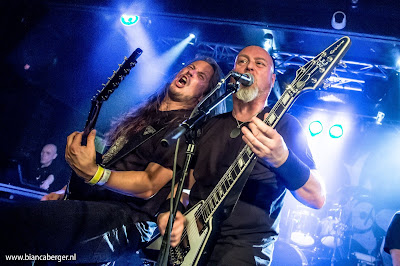 What are your all-time favourite players from The Netherlands? What is your opinion about Antal Róth, József Kiprich, Petry Zsolt and Gábor Babos who played in Feyenoord?
- I think Willem van Hanegem, Van Persie and of course Cruyff are some of the greatest Dutch football players ever. József Kiprich is an all time hero in Rotterdam! Babos was pretty good as well, the others were before my time or didn’t make such a big impression on me I guess ;-)

Dank je wel/Thank you very much Stephan, wish you all the best! If there's anything you would like to add at the end of this interview please feel free to do it and send a message for Thanatos-fans from our region.
- Well I think it’s a shame that Thanatos have never played Hungary yet! I think this should really happen next year! Maybe we can combine it with some other Central/East European shows like Austria, Romania. Would be cool. Cheers! 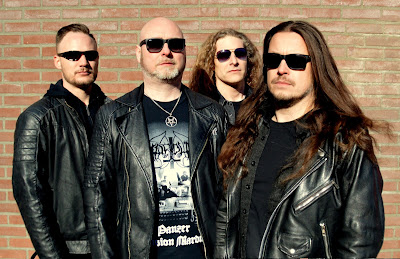