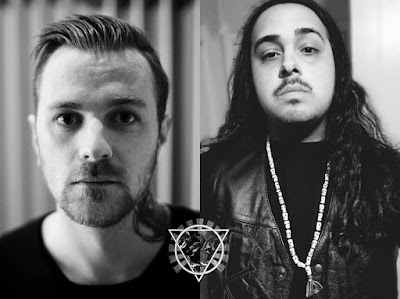 Hail Pontus and Steven! First of all, tell the readers of Archangel’s Lantern, when and how this occult alliance within CON began?
Pontus: Steven got in touch with me with a question a couple a years ago, and over time we developed a trust and friendship, especially during these last couple of months. The decision to include Steven as a member of CON felt given. It will be an amazing collaboration between the both of us as we write new songs together with our different influences.

“In Signo Draconis” EP is coming soon in tape format through Clandestine Faith. Pontus, how many tracks will there be? (I congratulate you for the brilliant songs, such as “Rest in the Arms of the Dragon” and “Naamah”, which are already available to listen to). Any plans to release the EP on CD/vinyl in the near future?
- The tape will include the same three tracks as the EP that will be released on CD this coming autumn. I am incredibly thankful for your response to the two songs so far.

I see most of the EP songs were ready for a long while, as we could hear the pre-production versions of “Naamah”, “Rest in the Arms of the Dragon” and “Leviathan’s Grave” years before. Why did it take so long to finally materialize your ideas?
Pontus:  It has been an incredibly long journey with these songs. I wanted them to be perfect in every detail and I feel that they have gotten exactly to where I could have only dreamt about before. However, I confess that it has taken much more time than it normally would have due to having almost done all of it myself. Now though everything’s done, and that's what counts really. 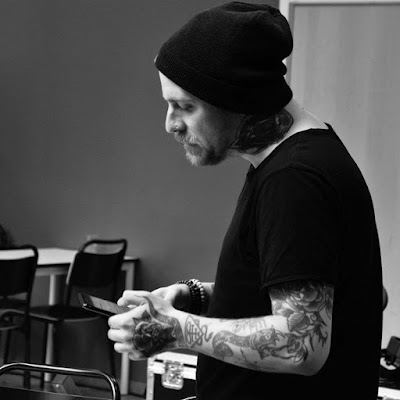 Steven, please introduce us your occult record label, Clandestine Faith, from the beginning to nowadays. Which are the releases that you are proud of the most?
- The tale of Clandestine Faith is an entangling struggle which is: unchaining the unperturbed metaphysical mind. My small organization came to be after I had become a bit more developed in what I viewed occult music to be through my own perspective. Not much has changed since the beginning, though when I started, I was initially more prone to paying attention to the constant emails of artists’ attempts to release music through me. Today we work from within to release material. I am open certainly to other artists presenting their work to me, though I have become much more selective as I described in a previous interview concerning its qualifications. All releases in Clandestine Faith serve as a pinnacle of the mind and direction of the label. Personally, I view [the releases] absolutely all as equal; though I would say truly that a release I highly value is Samhara's "Deathkult Sutra". It was my first release from the label. It opened the doors to allowing the outside world to dwell in the web of what this all stands for. It represents "The Opening of the Gates". 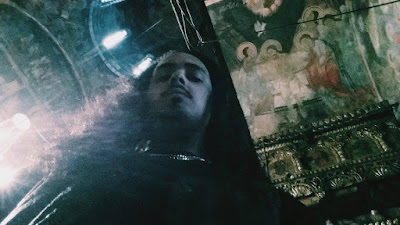 What should we know about the upcoming CON material under the new line-up? Please enlighten us more details regarding the current band-members.
- Pontus: Steven Santos is the new member of CON. We will write new songs together and he will deliver everything from his heart as I. This is big because back then I would write the songs myself. I have written a new song already for the coming full-length album with a sound that looks back to the demo days, but with new elements involved. We operate without limits, so all instruments that feel right will be included; as may be the case with synths and software tools. I'm so glad to have Steven joining the band. We will work perfectly with each other. 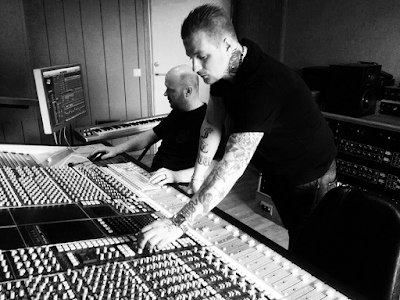 Are you involved in any other musical projects? (I know of Duskbearer and Kāla so far.)
- Steven: Yes... Kāla (pronounced "Kaahl") is a project I created to honor the philosophy and Vedic dissolution in ancient Sanatana Dharma. Through it I present how fragments of that body contribute to the oneness which is Truth, under my interpretation of such a large work–humbly to spew of course. Both Sridash (a devoted Aghori) and I decided to gather up our years of experience within the Vedas as an act of devotional service to this particular knowledge.
Concerning Duskbearer: it has remained dormant for many years, though it is truly my heart and most delicate project. Pontus has decided to join me and my other guitarist J.N. in the completion of this material; the release of which remains to be seen. Due to label work and being involved in other projects, it has taken quite a long time. When the time is right for it... it will emerge. 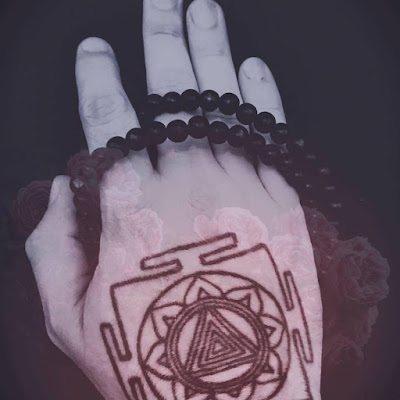 Steven, when did you begin your journey as a musician? Do you play any other instruments, and what other musicians have served as an inspiration on your path?
- I began with the guitar as my primary instrument at the age of 14. By that age I realized I wished to be involved in the extreme metal scene through my own personal creations, which would project the mysterious forces I perceived and felt even at that age. Being shocked by the speed and creativity of Randy Rhoads is something I could reminisce about from those early days. I believe that in my family we carry the “Musician's Gene” … Perhaps this is why I took the road of a composer in the record label I have created. My family is principally of the Pentecostal Christian and Jehovah’s Witness denominations; all of whom developed their musicianship in one way or another. Obviously, what I do differs greatly from the Judeo-Christian worldview; and you could imagine some of the situations I have faced throughout my youth as a result.
In his "Book of Pleasure", Spare states something I could relate to on this matter: "Oh, folly of the world, deny thy faith, renounce this Bloody-Sceptered God and confess. The completion of folly is the beginning of childhood, but of knowledge there is no end. It was the straying that found the path direct."

What are your personal thoughts about the path Black Metal music has taken today?
Steven: All things must reach their peak then come to an end, and black metal music is reaching its final steps on its path. I personally have little interest in any new band recently emerging from the scene. This is not to say they are not worth listening to, but most likely you can interpret it as such! I personally concentrate on my personal work and that of the network that surrounds me and my label. One of the worst things musicians can do is concentrate highly on other artists within the same scene. Slowly that deteriorates originality due to the leaks of influence that creep in. It is more valuable for one's music to be inspired by a painting, or even more potently, a feeling within, rather than by another musician. Being yourself is something highly exercised in CON, and we have high respect to those few who put gimmicks aside and step up to do this. When asked more directly... "Has Black Metal music progressed in organic artistic expression?"– and I am certainly not pretentiously placing myself upon that hierarchy – for today's artists to have to reflect upon their own level of originality within their own creations must be like bitter wine to swallow. Refer to the first sentence of this paragraph to understand this statement. 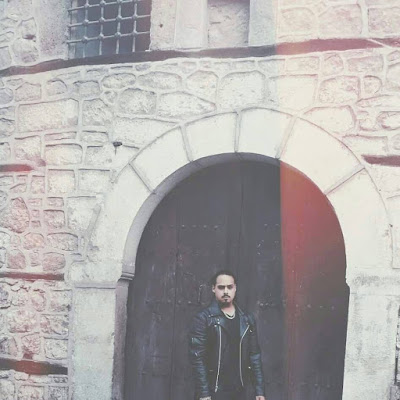 What are your most noted pieces of literature?
Steven: It is difficult to come forward and name which books proceed others in value when speaking of occult, religious, metaphysical and philosophical literature, etc.; which should always be the reading focus of anyone interested in some sort of "Final Truth” as I am. I spent my entire youth dwelling in the writings of contemporary occult Icons such as Crowley, Spare, Grant, and so on. Such works opened many paths and ways of thinking in my life, though they all left me with an even greater spiritual hunger and a void of insufficiency. Could a Man believe truly that the secrets of nature and of the universe are beheld solely in one book? To answer this shortly: One should not limit his intake of knowledge and should be open to observing all from above. True pollution of the mind begins when one closes the door to any other form of information that one does not already have. (One may later begin to know what to keep or discard as time proceeds.) Sanatana Dharma, for example, contains an immeasurable amount of information as a whole, such that it would take a lifetime to understand. They are a massive source from to which obtain keys to other ways of thinking–among many paths, through them I conjured Kāla, which I mentioned above.

Steven, you were born in the United States, but with Puerto Rican roots. Would you be so kind to partake some thoughts about your beautiful Island? What could you say about its mythological Gods, traditions and culture in general?
- Though much of our Carib/Pre-Columbian history has been shattered through colonization, westernization and the plagues that are the Judeo-Christian and Catholic supremacists, I still consider myself very close to the spirits of my ancestors. I strongly incline myself not only towards our recent Taíno/Carib roots, but to their predecessors also; the inhabitants of the Amazon basin, by which research ties our people's origins long before the Spanish expeditions of today's Insular Spanish speaking culture. Most of us in the world quite adore our own roots, thus I have a strong fascination with the multiple tribes of the Amazon and their common warrior spirit. I admire such traditions of Shamanic divination through psychoactive entheogens – which I am highly connected to – as well as the more grotesque Jivaro celebrations, like the beheading of opposing tribes to create Tsansas (Shrunken Heads) as both for war trophies and for the usage of spells of magic. A man with open eyes will find disgust for the modern world over time the deeper he delves into his cultural past. 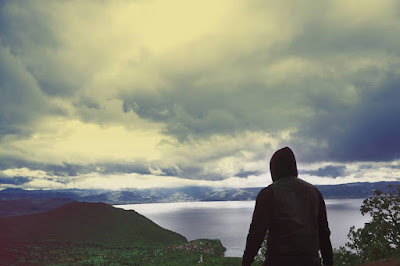 Archangel’s Lantern is eternally dedicated to the memory of Jon Andreas Nödtveidt. Share some of your thoughts about Jon, please. Which are your favorite tracks and albums from his musical heritage? (And not only from Dissection.)
Steven: Throughout my time involved in music, I have had the pleasure of being surrounded by many individuals who have gotten to experience him in person. They have told me many stories about his humble yet powerful presence. It is no doubt he is one of the legends of this artform due to his level of devotion towards what was behind the music; musical talent and also his realistic attitude which was far from the false gimmicks artists pretend to uphold today. “Soulreaper” and “Nights Blood” must have been the tracks that first caught my ears at an earlier age. Those compositions contain a somber undertone which severely magnify the lyrical content within. “The Somberlain”, “Storm of The Light's Bane” were albums I overplayed and basically grew up with during my youth. It would be exaggerated to say they did not serve as great inspiration for my melodic and somber style which is to contribute to the future of CON. From my point of view, some of the most interesting work are those 80's "Thunder" recordings from his childhood. It shows how musically developed he was at that age, and of course served as a preview of all that was to come. 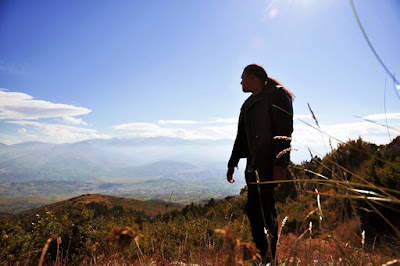 Thank you very much for the interesting interview, Pontus and Steven. At the end, please radiate some occult thoughts on behalf of CON.
- Here begins true birth and death of CON. All that shall be left behind at the end will be nothing but rubble. All actions, words and thoughts therein serve the purpose reflected unto this creed: To elevate unto the throne of mind. 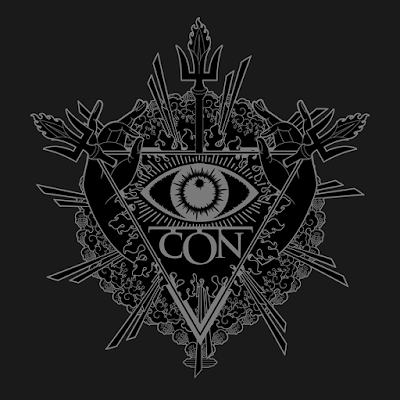