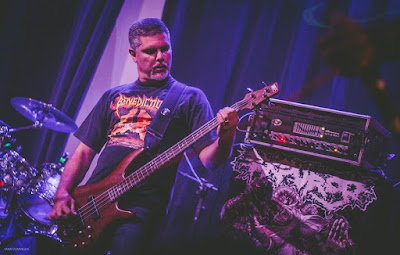 Hail Sérgio! You are very welcome again to my own inferno, Archangel’s Lantern. First of all, tell the readers how and when did you join Brazilian old school Grindcore horde Expurgo, as a bass-player.
Sérgio: Hello, Georgius! It's always a pleasure to tell a little bit about our stories to Archangel's Lantern, let’s go ... They invited me in late 2014, we spent the beginning of 2015 rehearsing intensively and on March 21st  we did our first show together that can be seen on YouTube in that link:
https://www.youtube.com/watch?v=Xb4y8oXsi8c
I had never played bass and never thought about it, my business was just the guitar. I always went to their shows and was impressed with all that energy between the band and the audience. And that was, besides the friendship, which motivated me to face the challenge.

I know that you are not a founding member of Expurgo, but share some important information about this band, please (a short biography, releases).
Sérgio: Expurgo began as Putrifocinctor in the late 90’s. In 2001 they changed the name to Expurgo (Purge) and since 2005 with the release of the first demo "Gray Waste" we’re always releasing something. 12 splits in the most diverse formats, compilations, live bootlegs on CD and DVD, the first full-length album (Burial Ground) was released in 2010 and now at the beginning of 2018 will be released the second full called "Deformed By Law." 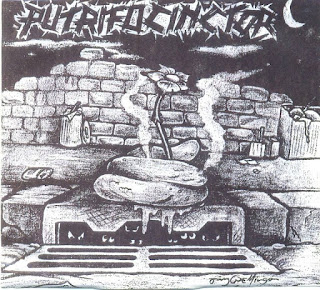 Expurgo with Flesh Grinder released a split 7” vinyl through Cogumelo Records in April this year. What should we know about this massive cooperation?
Sérgio: So man, this split took too long time to be released, but it was a dream come true. A beautiful green vinyl 7" EP, very well done and with great songs on both sides. It was also cool to have released by Cogumelo Recs., a classic metal record label from our city, which released the early Sepultura’s stuff, Sarcófago and all those famous bands here in our region. 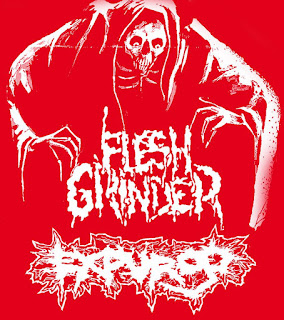 How were the shows with legendary Extreme Noise Terror in Brazil? You’ve played those shows with your other band, Preceptor.
Sérgio: The first show was at São Paulo. The show was in a big place, with a stage far from the audience and this distance bothered me a bit. I particularly prefer the energy of the little places to the shows with Expurgo. A few hours before the E.N.T. show, we were informed that Dean Jones had not been traveled to Brazil and that threw cold water over us. But a very cool thing happened and I can’t complain. Soon after the show ended, we crossed the street and entered in a small pub that had a nice equipment. We asked the owner if we could play on it and it was done. It was really fun and part of this "show"can be seen on YouTube:
https://www.youtube.com/watch?v=0YLH68Vs4Ns
At Belo Horizonte, all the shows were very brutal, including the Extreme Noise Terror that did a much better show than at São Paulo, in my opinion. When I am rested and well rehearsed, play with Preceptor and Expurgo on the same night is a lot of fun, but when it happens after hours on the road it is very, very tiresome and I end up not enjoying the shows well. But in the end it's all a big party full of friends and that's what matters. 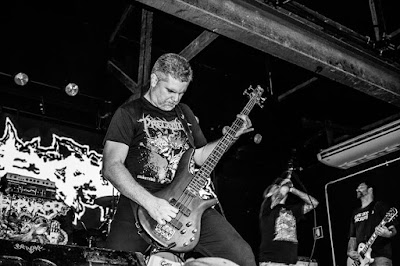 I’ve seen on the facebook page of Expurgo that the band is working on its second full-length album called “Deformed by Law”, if I’m not mistaken. How many tracks do you plan to record for it? (Expurgo’s debut album, “Burial Ground” included 29 pieces of extremity.)
Sérgio: Dude, I'm really looking forward to seeing this record ready. It's already in the factory and will be an album with 27 Grindcore crushing sounds full of influences from the good and old school Death Metal. Short songs, sticky riffs and heavy, lots of heavy riffs. The record was recorded at Brazil, mixed and mastered at Germany and we are very satisfied with the final result. It will be released in the first quarter by Black Hole Productions and I can’t wait to get my stereo's speakers melting. Expurgo will play at Obscene Extreme Festival in July, next year in Czech Republic alongside with such legendary bands as Suffocation, Asphyx, General Surgery, etc. Do you plan to play at other fests in (Central) Europe as well?
Sérgio: This will be another dream come true! As I am a Death Metal maniac, I can hardly believe that I will play with bands like Asphyx and Suffocation. Yes, we are scheduling some shows in Germany, Belgium, a small tour, and maybe we get something in Hungary, Slovakia or Austria. If you know anything, please let us know! 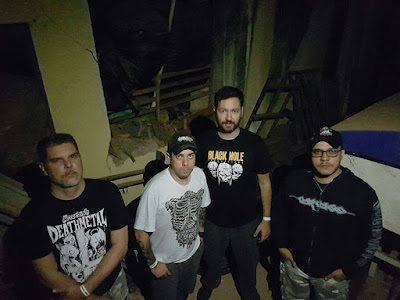 When did you start to play the guitar and the bass? Which musicians influenced you in the beginning? Name us your favourite guitarists and bass-players.
Sérgio: At my 14 years old, after classical guitar lessons with my grandma, I met the punk rock and saw that musical scores were not for me. I bought my first guitar and since then I have never stopped. The bass-guitar has now been with Expurgo, about 3 years ago. At the begin, I was totally influenced by the Death Metal bands here from Belo Horizonte like Sepultura, Sarcófago, Mutilator, these bands were part of our day to day and from an early age I knew that was what I wanted to play. I do not have a lot of "instrumental idols", I'm not technical at all and I value the feeling, but one of the guitarists who impressed me the most when I saw, it was Immolation's Robert Vigna, those crooked riffs and his intimacy with the guitar on stage is really impressive. Talking about the bass, I am an ogre (lol), and I could not fail to highlight Dan Lilker for the great job on Nuclear Assault and of course Brutal Truth. 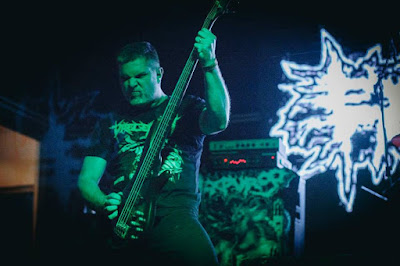 Which are your favourite albums from Death Metal and Grindcore scenes?
Sérgio: Question of the most difficult!

Death Metal:
The IVth Crusade - Bolt Thrower (the best band in the world)
Altars of Madness - Morbid Angel
Where No Life Dwells - Unleashed

Do you have any favourite authors/books? (Especially from Brazilian literature.) Any favourite actors/movies?
Sérgio: Brazilian writers: the great Ariano Suassuna and Graciliano Ramos.
Brazilian actor: Matheus Nachtergaele, he always makes some crazy and funny films.
Film: Tropa de Elite - Shows well the urban reality of the Brazilian police, corruption and the “favelas”.

Obrigado Sérgio, it was a pleasure to talk with you again. If there's anything you would like to add at the end of this interview, please feel free to do it.
Sérgio: Thanks a lot Georgius, and I thank you on behalf of everyone in Expurgo. We hope to meet you personally on our European tour in July and celebrate together! Stay grind, stay gore!! 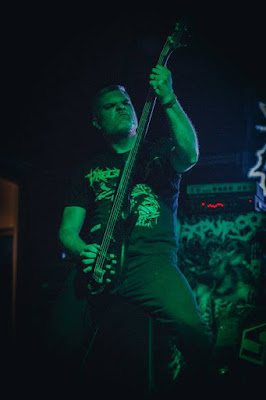