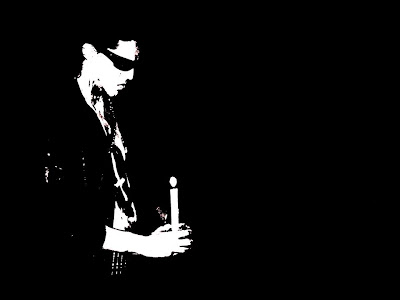 Salve Daniel! How did you become a metalhead? Tell us about the bands you played in and the activity in those bands!
- Salve my brother Georgius thanks for taking your time for this interview.
Actually the history started with my father, uncle and cousin. Since I was a young kid, they always put me rock and roll music and some heavy metal stuff, like: Kiss, Black Sabbath, Dio, Iron Maiden, old Helloween among others. I was very young but they always gave advices for buying music like: "support the real matter" , and  "if you wanna support any band, you must buy the material, no mp3, support the real music"  they said.
During all these years since i knew the knowledge of the instruments and the music I have had many bands, many mates and well, some stupid kids on the way. The working with those bands in most of the times was great, i was very proud of played the things that I really like.
The first band was called : Children of the Grave, the sound was very heavy, inspired of old heavy metal, we recorded a couple of songs and two gigs in my country: Costa Rica. The band disolved very quickly, the other members wanted to "continue" with their lifes.
Later i began to worked with my own project, yes, a black metal project, the name was Vedar Gal ( 2006 )  We record an split with : Khephra (Italy) and Al-Azif (Costa Rica) and one demo calls : S.L.S., later I decided to finish the band and begin with a new one. During all these years, since that I founded  Vedar Gal, many of the ex-members had problems with me, I suppose because they always had another point of view different of my kind of knowledge. By now, the problems have been solved but I decided to iniciate another project. These days the name of the main band is: AverXu AtrIum.

In which bands do you play nowadays? Share us please all the important infos about them!
- Well, now I’m playing with 3 bands:
1. Morbid Funeral  2. AverXu AtrIum 3. Zwarte Vlam.
1. In Morbid Funeral I am the lead guitarist, I compose the most of the songs, I'm really proud of play with this band, is one of the most older black metal bands in Costa Rica, since 1995.
I entered in the band in the latest days of 2009, we start to recording the first “7 EP of the band and the first of the black metal scene in here, the “7 EP was called :"Lord of demons". Thanks to Shaxul (ex-Deathspell Omega, Manzer) and Legion of Dead Records for this opportunity, the working  process was great and the final material was great too.
After this we started to playing in some gigs, one of them in Panamá (Brother country land) with one of the most brutal black metal bands that I heard, almighty Equinoxio. The shows in foreign lands were great, nice people, nice scene on that country. I was very happy.
Later we began to worked for the new split with Equinoxio and yes, working with these guys is always awesome, the recording session in my house was great, the composition was created by me and Samael  (main guitarist) and Balpehor H.C. (main founder of the band , and vocals from hell).
The split was called: "Fuck you all in the name of the goat", the release was very rude, black metal without mercy, directly to the brain.
By now, we are working on the new album, it will be called: "Sumerian Rites" almost of the composition songs are by me and Balpehor. If you are maniacs- followers want to more news of the band , you can contact wit us in the facebook page: www.facebook.com/morbidfuneralcr
The current line up of this moment:
Balpehor - vocals, Samael - guitars, Thomas - bass, Arnold - drums and myself - guitars.
2. In AverXu AtrIum, I am the main founder, in the composition thing  I do everything, lyrics and music and I play all the instruments but now with the help of one of the most oldest warriors from Costa Rica, is Lord Amarok (R. Fexur VI) member and founder of  Amarok (1995). We are going to prepare a new upcoming demo I will be called:"Ω Qliphoth Sefirot Kéter Ω". The band is recently new, I’ve formed in 2013.
Current line-up of this band:
R. Fexur VI: vocals, D. AverX XI (all the instruments)
3. And finally, in Zwarte Vlam, I am the main founder too, and I play all the instruments, the band was formed in 2009, we have two splits, the first one is:
A. Walking Down Through the Path of Desolation (With Necrosadik and Balpehor)
B.  Satanic Victory and Glory (with Amarok)
And now the first demo: it’s calls "Let the serpent reach you" total devotion of the "SANTA MUERTE" and the ancient serpent.
Sometimes I give help to a couple of bands, like Paganus Doctrina, Amarok and Zyanide.

Would you be so kind to introduce us in scene of Costa Rica? What bands would you recommend us?
- I do not really regret to say it but the Costa Rican scenes SUCKS, most of the "metalheads" want downloaded music, they do not support the real stuff, I rarely  see a guy buying music in here, the funny thing is, here in Costa Rica WE HAVE many stores for buying music, doing trades and everything but they prefer to download music, fuck with them.
With the Costa Rican bands, well , I like few ones, like Insepulto, Paganus Doctrina, Chemical Devastation, Necrolisis, Eternal, Despair, Amarok but the rest, I don’t know, they do not complete myself , I don’t care if there are good musicians but the sound is not for me.
This scene is very poor in my point of view, no one goes to the country concerts, no one support the bands, is very rarely to see people supporting music in here, only a few ones, we make the difference.

What is the situation with live shows?
- The situation with the gigs , well, like I said before , no one supports the bands in here, actually , with my another band Morbid Funeral , the gig in Panamá was great, that people always support, and BUY MUSIC, the funny thing is, IN PANAMA there is no METAL STORES but they buy music via internet.
This year, Morbid Funeral, we had two gigs in here, few people, few support  but the concerts were great, we always play loud, we do not care, if is a full concert, we trying to do our best, nothing more. 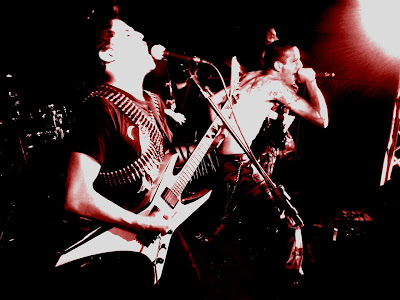 Enlight us about lyrical conception of your past and active bands!
- The lyrical conception is very primordial in any band, bands without true lyrics, without feeling are nothing, when I started to write in 2006, I always liked dark and occultism topics, I really like to read books and drown  in them – Life without reading is a wasted time.

The lyrics of bands are very occultism we have read many books , all the members of the band has the need to read.
- In the case of Morbid Funeral, the main founder writes about the ancient occultism while in AverXu AtrIum I have more devotion for the cult of death, The santa muerte, one of the best books I ever read is: The Liber Falxifer part 1 and 2, true message, beyond the flesh.
We always trying do things to be proud of ourselves, the lyrical concept are many experiences of life, personal, professional, etc.
Thess days I’m very proud to read and writing this kind of stuff, most of the people do not care about the lyrics …  and for me is the best escape of this carnal temple.

From where do you take inspirations for your music?
- The inspirations come out from my room, before I started to do music or lyrics, I always put my candles and I read a book, later, I take my guitar , I'm relaxing, I put some ambiental music and I start to write,  in the most of the cases je je.
But the true is, that I always practice, day and night, I study music, I love music in all its aspects, is an art, is the best way to escape from this plane.
Thanks to Jon Andreas Nödtveidt!

Did you play any covers with your bands? If yes, which ones?
- Yes I did bro,  in Morbid Funeral, we always play :"The Gate of Nanna" from Beherit, in some shows we playing a lot of songs from Celtic Frost.
In Averxu Atrium, last year I recorded a cover from the BEST BAND in metal history, it was Dissection , and the cover was: "Black Horizons."
Now I’m planning to record a Watain´s song, from the elder albums.

What is your opinion about Jon Andreas Nödtveidt and heritage of mighty Dissection?
- What can I tell you about Jon? … for  me He is a total inspiration, a great man without a doubt  it, his music, his knowledge about the life and death were great. Buying his music, reading the interviews... I have no common words to express myself, Jon was great, he always will be great!
I'm glad for you Georgius, you have the opportunity to spoke with him, a total support of this great brother! Dissection is one of my favourite bands in metal history, actually I have all the albums, his mind was beyond of this flesh, he is always one of my inspirations he was the true master, his legacy will live forever,  his music is always going to go beyond, HAIL TO JON! 616 218.

Do You have any hobbies or interests beside music? What are your favourite albums, books and movies?
- Of course my dear friend, besides music, I like to read (a lot).
About favorites albums, well, I have many, like: Wall of Jericho from Helloween, ALL DISSECTIONS ALBUMS , the first works of Watain, Beherit, Black Witchery, Mystifier  etc.

About books and movies, I have declared a  fan of the Lord Of the Rings history, those movies, books and everything, for me are great.
Beside I really like to enjoy books like Pandaradox, The Liber Falxifer, some Aleister Crowley books, etc. 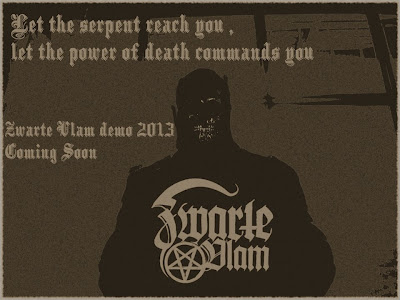 What do you recommend of Costa Rican national food and drink to us?
- The Costa Rican foods are amazing, and the beer too jeje, nothing like a rice and beans with a good beer (Imperial Beer of course).  In here we always eat things like with rice, chicken, meat and in some cases with fruits jeje.
What are your plans this year? (new releases, live shows)
Well brother, by now, we are working on the new albums, with the three bands I have a lot of things to do, with the gigs, I do not know, cause we are working a lot with recording sessions, by now we are centering to record and everything but the idea of to do a show, is not too far.

Muchas gracias, Daniel! At the end send us some thoughts…
- It’s always a pleasure to speak with you, a true brother, thanks for your time, for your support to the band and everything, it was an amazing and funny interview.
Thanks , I will keep inform you about the progress of my bands.
I would like to thank so many brothers, to Jonah From Evil Shepherd and of course to you Georgius, stay in contact!
"LET THE SERPENT REACH YOU, CORONATUS REX MORTIS 616"
Daniel AverX XI
A.M.X.G. 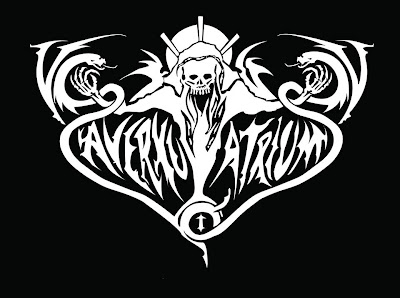 (Interview with Daniel has taken by Georgius and Sorin Necrotrooper)