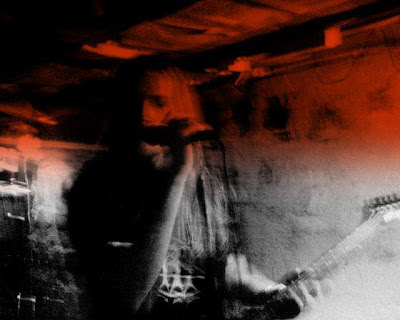 Hail Pete! While this is the first interview with you tell more what you've done since our last discussion!
- The album finally got out after several delays (no blame to the label). Done some promotion work, little interviews etc. Just spreading the word.

Now returning to your band, you just released a new album on May 27th. On which physical formats is the album released: vinyl, tape or CD? How did you choose the title, what is it about? Do you see it as a conceptual album?
- Only released on CD right now. But there are plans to have it out on vinyl through Temple of Whores records, lots of delays there as well. But I hope it will be out until at least December. The title came along when I've red a Swedish criminal book and when I saw it there was no question about it. The meaning of the title is "The dead teach the living".
No, no special concept, but the title can be put in so many different contexts and forms, which attracts me in the sense that you can form a lot of different stories that fits into an overall concept.

This is your 4th album, and the 1st under the name The Pete Flesh Deathtrip. How do you see it compared to the first three albums?
- More variation. I think all the albums have strong material and songs, but this one has better structured throughout the whole album. There are more influences, more of everything and more.....hm, space. Of course the fact that I use a different studio, different drummer and a guest vocalist on half of the album gives it a big difference also. I will always sound like I do, but will always try to put in small details that gives it a little new vibe for every release.

Mickael Broberg, one of the guest musicians did killing vocal parts on "Mortui Vivos Docent". What is Your opinion about his latest bands/projects, as Born For Burning and The 13th Passenger?
- I like ´em both and think Micke is a really talented person and sure that he will succeed big time with his music. Much better musician than me. But I do what I do and he does what he does. I´m really satisfied with his contribution on the album and his understanding on how things should be done. 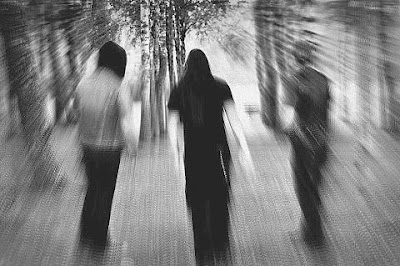 Did you start to write new tracks for The Pete Flesh Deathtrip? What is the situation nowadays with your other band/project THROWN?
- Yes I have. It have been around 2 years since I did the last song for "Mortui Vivos Docent", so the inspiration is really big and ideas are coming up all the time. There will be no more THROWN. I will use all relevant, and in my ears, good stuff for The Pete Flesh Deathtrip. Actually one song have an pure THROWN riff that should have been used there. I don´t see any point for me anymore to have side projects etc. Everything I do sounds like me anyway. There will be more variation, but all I do and create will always have the same "fire" behind it. I try to create different atmospheres and emotional differences, contrasts etc. To be able to do that I also need to find different expressions.

What do you think about the social networks as Facebook, MySpace etc. help to reach fans for your band?
- I´m not a big fan of Facebook when it comes to promoting your music. Seems more important on how many likes you have than that people actually listen and are interested in your music. In my point I thought that old Myspace was a lot better. You could create something more personal for the band in lay-outs etc. Also a player, band info etc. directly in your face. I have nothing against, that it´s easier to make contacts with everything, from fans to labels. But something have got lost in all this internet stuff. In my opinion there was a bigger creative spark before, people like yourself, that have that "fire" for what you do. In a sense it feels more like people are consuming music today like going to Mc Donalds or IKEA, if you get my point. But times changing, maybe I´m just an old complaining fart.

Can you imagine that you'll play with your son in a common metal band in the future?
- Yes, for sure. We have already a band called BLOOD ON THE AXE. But there will take some time before we record anything. He is only 7 years old and are still learning, but like the band name and a lot of the riffs comes from him. I guess I´m just a guest musician that will be kicked out when stuff starts to happen. Like it should be.

From where do you take inspirations for your lyrics?
- Mostly, stuff that relates to the dead and death in general. We all can relate to it and have different expreciances from it, I try to make it from my experiences, reflections and journeys to find different views on it. It has attracts me since I was a kid, it comes natural for me. There are tons of topics that you can relate to this factor and write about. Of course, sometimes there are lyrics written that has nothing to do with it, but not often. I at least must find it interesting. 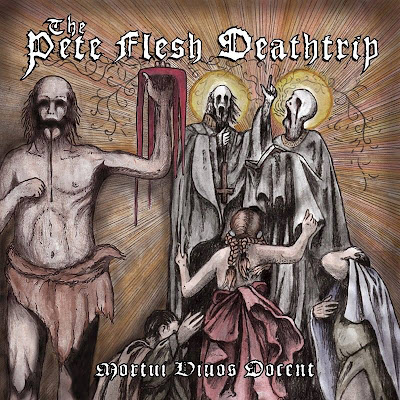 Could you please name some of your favourite books and documentaries or movies?
- I explain my taste instead of name dropping. I like most that have some kind of reality behind it. It could be about a ballerina from Russia to a Satanist that have lived alone in a dungeon. You know, people that burn for what they are doing, how they reflects and explain their way of thinking. That manic side of people that almost, and sometimes have, driven them to insanity. I can relate to that. My point is, not being narrow-minded also allows you to develop and find new ways of thinking to reach your own goals. I read a lot of psychological stuff. Different disorders. About alcohol and drug addicts. Prostitution. Religions. A lot of stuff that relates to different form of music. Deep ways of thinking around death and universe. Tons of different topics.

Have you any favourite football teams from Sweden or worldwide?
- Beside music me and my son share a passion for watching football, also to play it ourself. DIF (Djurgårdens) in Sweden, then Liverpool and Barca outside.

Sweden is well-known for its Viking heritage. What the Norse mythology, gods, runestones mean to you?
- I myself have no connection at all to those subjects. Not that I have anything against it, have just never interested me. I like some music that have felt with those subjects, like mighty BATHORY.

Did You ever meet Jon Nödtveidt personally? What is Your opinion about Him?

- I met Jon 3 times. We played with them in 1995 in Borås, Sweden when I was in Maze of Torment. It was sick how good they were. Then at some show in Stockholm, don't really remember who was playing. But I remember we had some discussion over our love for King Diamond. The last time was in 2005 when we played at the same festival, Inferno in Norway. We talked a little in the hotel lobby, he asked a bit about my new band I had at that time, Deceiver. He knew that I was a huge Dissection fan so we talked of course about that as well. My opinion about Jon is that he was a great and unique songwriter. I never knew him as a friend or anything like that, but he was always nice to me and we always hit the nerve and passion for music the few times we talked. Nothing but respect for all the great music he created.

Tack så mycket, Pete! At the end, share your thoughts to the readers…
- Thanx a lot bro for the support again, greatful. Other than that - "Children of all slaves, Stand united and proud, All people of bondage shall triumph, And live by the sign of...Blood Fire Death!" 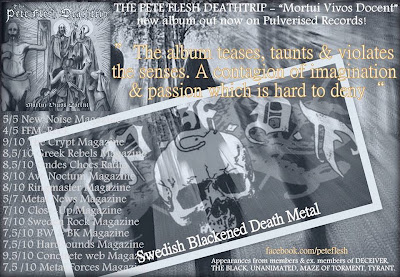 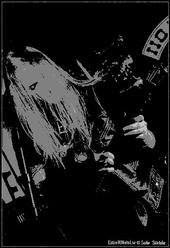 (Interview with Pete has taken by Georgius and Sorin Necrotrooper)