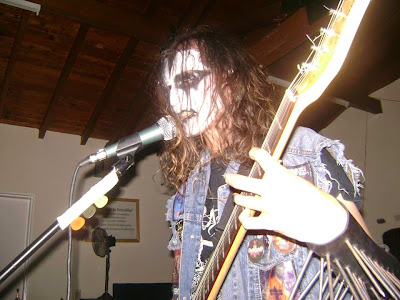 Hail Gusthav, welcome in Archangel’s Lantern! Tell us first of all, when did you become as a metal warrior and what was your very first band?
Gusthav: Thanks to Archangel´s Lantern for the interview, greetings to the readers.
I began listening metal in 1987, when I was in high school in that time I was listening some glam, hard rock and heavy metal bands,  later I was listening Black Sabbath, Metallica, Megadeth, Slayer, Anthrax, Testament Venom and Hellhammer, after that I knew more metal heads and they introduce me to more bands as Possessed, Bathory, Destruction, Death, Kreator, Sodom, among others...


If I’m not mistaken, you started with your black metal band, Mysteriis in 1995. Would you be so kind to share with the readers all the important details about this horde? (I’ve noticed, Mysteriis had a demo in 1997 and after then the band released a split with Futhark and an EP called ”Southern Storm” in 2013). Who write the music and lyrics? What we should know about lyrical conception?
Gusthav: That´s right, Mysteriis began in January of 1995 when Ivan and I left Apocriphal and decided to create a new band with a couple of songs of the previous band "The Wine of Immortality" and "Tale From Forest", we found a drummer and the band begin to create more songs for the recording of a demo, but a year later Ferath, the drummer must leave the country to live in USA.
In October of 1996 with a new drummer, Ihstath from the hordes Lemures and Drakar, Maleficiere Te Deum of Maleficarum playing bass guitar, Luna Roja in female voice, Ivan in the voices and Gusthav playing guitars and keyboards, we recorded our demo tape "Fullmoon Shadows", with 11 tracks, and a good review in some Latin American zines, but after the release of the demo Ivan left the band, and later the drummer Ihstath must leave due to their obligations with their main bands.
Mysteriis was on hold for 10 years waiting the perfect time to come back to the scene...
In 2007 with new members, Mysteriis begin to rehearse and give shows in our city and for the year of 2010, Ferath came back from USA and got the drummer place again.
In this 4 years some majors changes again in the line-up, we passed from a band of 5 members to a 2 members band, after our bass/vocals Sigurd left the band by work compromises.
I take the role of vocals and guitar and Ferath kept in  the drums.
In May of 2013 Depressive Illusions Records of Ukraine release the split CD-R "Tale From the Ancient Wisdom" with Futhark, another band where I play guitars, this split was produced in a limited edition of 33 copies and in August our demo tape was reissued by Ultrametal Productions - Iron Goat Commando, this time in CD format and 6 bonus tracks from rehearsals in 1995.
For December of 2013 we travel to Guayllabamba in Ecuador to play 1 show there and 1 show in a Colombian city in the border line with Ecuador called Ipiales, for this shows we release an EP in CD-R called "Southern Storm" with 2 intros and the songs "The Dark Grave" and "Tale from Forest" recorded in 2012.
Chivo Negro Productions from Ecuador, got license to the re-edition of our split with Futhark in a professional CD.
The 7th of December of 2014 Nebuloza Productions - Sabbath Productions release our full lenght "Crypt of Evil Sacrificial Rites" intro, interludio, outro and 8 tracks in the same vein of the ancient compositions but more technique and energy in the sound, 2 of them were present in our demo tape but now with better arrangements. 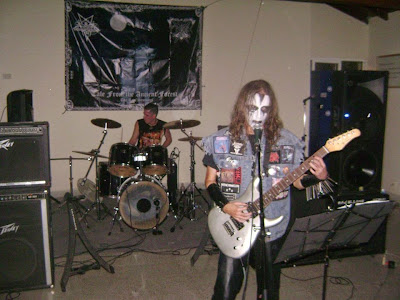 Give us more information about Pagan metal band, Futhark!
Gusthav: Futhark was the project I started with 2 friends in 2002, we wanted to do a kind of black metal mixing some pagan influences from Europe in a comparison with others from our land, we had some difficult at the beginning and some line-up changes, we have 1 demo tape, 2 promo CD-R’s and 2 splits one of them with Mysteriis and another with Invocacion, this was produced by my label Sabbath Productions in December 30 of 2013.

Enlight us please about your activity in following hordes, as Nastrond, Grimm Winter, Vinterdød, Acromegalia, 666.
Gusthav: Acromegalia was a Death Metal band where I played bass guitar in 1994 with some partners from the high school, never recorded, just a few songs in a rehearsal session, this band had a short live.
Grim Winter and Vinterdød were side projects with some members of Futhark, but there´s nothing solid, just a few songs composed and soon the bands end.
The same for 666 a band we had with Río de Muerte From Oscuridad, Dark Moon From Erzebet, Azaigoth from Lemures and Alex from Mardraum, just 2 songs written and the band soon falls into oblivion...
Nastrond is a black metal band of 2 friends they're active since 2002 and invite me to play with them in 2008, the band has 3 demos and a compilation CD y had recorded 1 song with them "Nocturnal Fly" appearing in this compilation CD.

When did you start to play the guitars? Which guitarists and vocalists influenced you?
Gusthav: I begin playing guitars in 1993 when I buy my first guitar and play with Eternal a thrash death metal band with my brother and a partner of high school (Now they play a symphonic-gothic death metal).
Guitar players  that influence me many of them but I could mention right now Tom Warrior, Quorthon, Tonny Iommy,Sakis,  Vorphalack, vocals I must say again that Quorthon, Tom Warrior and Vorphalack and I must add Dead, Ventor, Mille Petroza and Grishnack. 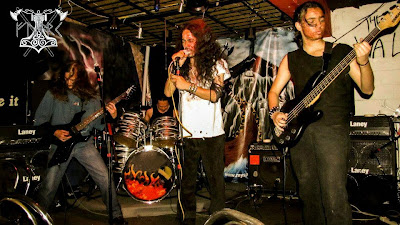 What is the situation about your live performances in Medellin? Recommend us please some hordes from your local scene!
Gusthav: Actually we don´t performed live frequently, our last show in Medellín was in with Mara,  Futhark, Aorta and Beelzebul in June 29th of the last year, we´re planning some shows in other Colombian cities as Facatativa and Villavicencio in march and maybe in Medellín later.
There are a lot of recommended bands in Medellín, I could mention Masacre, Infernal, Beelzebul, Erzebet, Revenge, Witchtrap, Legacy, Esquizofrenia, Aorta, King, Death Kult, Sauthenerom, Morbid Macabre, Nightmare, Iron Command, Hellrider, Metal King, Futhark, Gomory and the list goes on...

What means the paganism for you: religion or something more? What is the main thing for you, ideology or music?
Gusthav: Paganism for me is freedom, a way of live and the relationship with other people and the nature, not a religion, this world is plagued with religions that doesn´t give nothing but slavery, I have paganism as model of live or a way of act consequently with pagan concepts and beliefs of ancient people, they have to much wisdom, pride and respect for their traditions, this is something that modern people doesn´t have or likes because their minds are infected with religion, mass media and modern technologies.
For me there must be a balance in a band, the ideology is a very important element and people in many cases gets identified and gets involved with this, but music is essential to transmit different kind of feelings and ambients, so it must be a perfect mix of both elements to get excellent results with a composition. 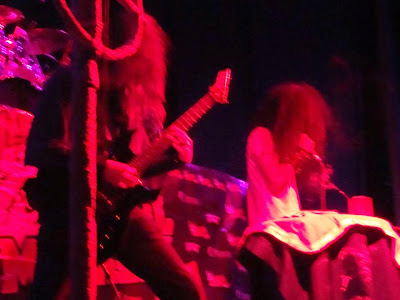 Have you any favourite books and/or movies? Do you have any special hobbies?

Have you ever been in Europe? (if yes, where?)
Gusthav: not yet, I hope to go to Europe someday… 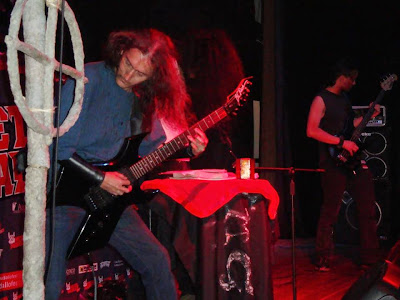 Muchas gracias, Gusthav! Send some thoughts to the readers of Archangel’s Lantern, please!
Gusthav: Thanks Georgius for the interview, everyone interested in know about Mysteriis or Futhark could check our sites:

or write to my e-mail gusthav@gmail.com 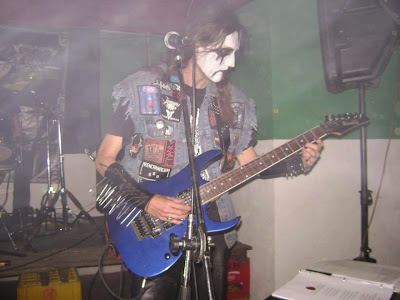