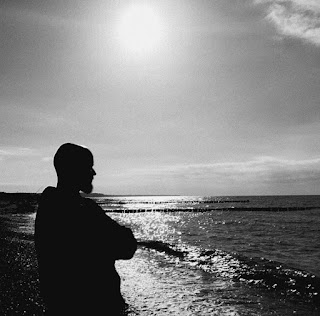 Hail my good old friend, Hrím, Hellcome to Archangel’s Lantern! How and when did you get introduced to metal music? What were your very first cassettes/LP-s/CD-s?
- I guess I was "introduced" to metal in the age of 12 through a friend of my father. He often brought me some sampler CD´s of various German metal magazines when he visited us. Also I got my first hard rock album from him, it was "Killers" of Kiss. A little bit later I received Iron Maiden´s "Best Of The Beast" on CD and AC/DC´s "The Razors Edge" on tape from my father.

When did you start to play the drums? Which drummers influenced you in the beginning and please name us 5 of your favourite ones! Do you play other musical instruments beside the drums?
-  It was was around 2000/2001 when I got my first drum set. I played just in some small, unserious rock/metal projects during my school time until I joined  Morgon in 2008. As teenager I have often listened to Godsmack and Tool, I really liked their drummers, Tommy Stewart and Danny Carey. Also both bands have fascinated me because of their subtle mysticism and varied musical skills. Other drummers I like and who were for sure an inspiration are Chris Witchhunter, Tomas Asklund and Oskar Karlsson. Beside the drums I occupy myself with traditional instruments and I also started to play bass guitar.

As Hrím, you are playing in a Dark Heathen horde, called Sons Of Fenris. Enlighten the readers, please all the important information  of this dark alliance!
- Werewolf (the "head" behind Sons of Fenris) is one of my closest friends. At the end of last year he asked me if I would like to play drums in Sons of Fenris and become a constant member, and so I agreed immediately. I decided to leave Morgon because of lasting divergent opinions with the bandmates on a personal level and to focus myself on Sons of Fenris and my new band, Nawaharjan. It is great to be part of these deeply religious bands because they completely consist of spiritually-focused individuals, which is very important for me personally.
Sons of Fenris is dedicated to the dark Germanic deities and the primordial anti-cosmic forces. It is Their tongue, manifested in black art - a poisonous tongue that preaches devastation among the human race and plants the seeds of desperation and misery in their hearts and minds. It is a loud tremor that affects the cosmic structures, like the roaring of the great wolf Fenrir.


What we should know about your future plans with Sons of Fenris? (new material, live performances)
- At the moment we are planning the release of the first full-length album. After this we will prepare ourselves for possible live appearances, but there is nothing concrete yet so far. 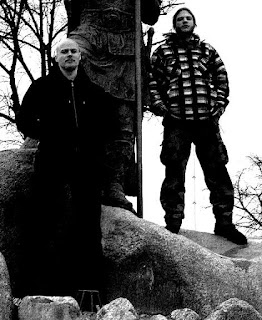 Would you be so kind to talk about the relation between old tradition and your religious point of view? What is your source of Inspiration?
- I believe that tradition is something unique and pre-destined by fate - the Wyrd - and a cultural heritage of the ancestors.  For me personally the religious point of view goes hand in hand with the tradition which I occupy myself with and which defines my spiritual path. I think the religious perspective is the natural conclusion of a tradition you are working with. It is linked with the individual perception of the world and even the whole cosmic creation and the cosmic structures.
This, what most humans perceive and understand as reality in general, so - the structure of this world - is a constructed lie made by the demiurge in order to fence the human cattle and preventing them from realizing their hidden potential. The gods of the cosmic order, the Aesir, aren´t interested in encouraging the humans to rise, instead they want abulic slaves who worship them. It is up to the individual itself to seek for liberation through knowledge and development and finally to transcend the cosmic lie. The acting and working of the dark Germanic deities (especially Loki as active trigger) against the cosmic forces in order to expose and destroy the illusions which the Aesir have created in their arrogance is honourable and a paragon for the fight for liberation.
The term "Dark Germanic Heathenism" (which was originally created and used by Orm of the Swedish band Ormgård to characterize a tradition opposed to the pro-cosmic oriented heathenism) is probably the most suitable description and expression for the tradition I follow and which I am working with.
My "source of inspiration" is my inner burning spirit. It is my engine that pushes me forward to develop and to improve myself. It is the illuminating flame on my path.


Share with the readers please an interesting legend of your mystical and beautiful mountain range, the Harz.
- The Harz is a very powerful, dark and magical landscape. There are many legends and sagas around the region, some of the most famous ones are for sure the legends of the Roßtrappe and the Teufelsmauer (literally translated as "devil´s wall"). Also the Walpurgis Night (the feast of the witches) is traditionally celebrated at the Brocken mountain (Blocksberg) on April the 30th. But what the most people don´t know is that it is told that the forests of the Harz were the home of giants, "Hünen" in colloquial speech , and other malicious beings. For this reason the Germanic tribes avoided to advance further into the deep forests for a long time. There is the legend of the Sargberg (“coffin mountain”) for example, which says that the rocks of the mountain cover the burned ash of a fallen giant king who conquered the Harz with his army of giants who has spread fear and terror among the humans. The large amount of such “sagas” (better said reports) about dark creatures is an evidence of the great and unique magical essence in this area. The world we know is made out of the first giant, Aurgelmir:
Vafþrúðnismál 21:

In the Harz, especially at the Brocken mountain, you can clearly perceive his primordial essence. This makes the area to a perfect place for (úti-)seta (a form of [outside] meditation ) and magical workings related to the dark primordial forces. 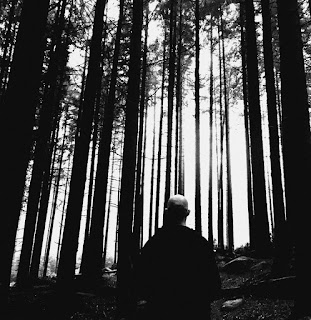 Tell us briefly about the Saxons and Thuringians of migration period and their traditions. Do you recommend us some interesting books/documentary movies of these German tribes?
- Saxons and Thuringians were proud and fearless warriors who fought stubbornly  for their freedom. Glory and honour were the most highest values beside of their deeply religious devotion. The Saxons gained their name from their distinctive weapon, the seax dagger (Old Frisian “sax”, Old Saxon “saks”). Also they have worshipped the (war) god Seaxnēat (Saxnot, who could be equated with Tyr/Teiwaz). The Thuringians were named “Toringi” by Tacitus, and later interpreted as “sons of Thor”,  which seems to be an untenable hypothesis because the god Thor was called “Thunar” in their language. Feasts and sacrifices for the gods were an integral part of their religion and tradition as well as annual gatherings (called “Thing”) with other groups and tribes. The confederation of warriors who have joined up under the leadership of a chief or chosen warrior was the highest and most honourable social fabric.
I could recommend some general books about the topic here, but all of them are written in German language. Same goes for the documentaries.


Which places/museums are your recommendations in Saxony-Anhalt?
- There are two really interesting museums in relation to the ancient times, the museum for pre-history in Halle (Landesmuseum für Vorgeschichte) and the unique open air museum in Zethlingen. This “museum” is a small  reconstructed village of the Germanic tribe of the Langobards (Lombards), which have settled in the north of Saxony-Anhalt.


Do you have any special hobbies beside the music?
- I like to be outside in the forest, be it for meditation or to go hiking and fishing. I am generally interested in bushcraft, outdoor and survival stuff. Beside my “regular daily” hobbies such as reading and doing sports, I'm also interested in ancient weapons and martial arts.


Which newcomer bands would you recommend to the readers?
- I wouldn’t say that they are newcomers, but they are getting for sure more and more attention at the moment than before – Mgła and Svartidauði, really powerful and very hypnotic bands. Another refreshing band with an interesting concept are The Committee. I saw them recently and their performance was pretty good.


Danke sehr, mein Freund, Hrím! Send your message please to the readers of Archangels Lantern in the end of this conversation.
- Explore and honour your cultural heritage. Recognize your true self but kill your ego. Deny the consume-oriented materialism – in the end everything will burn. Back into the primordial abyss – Hailaz Abgrundjam! 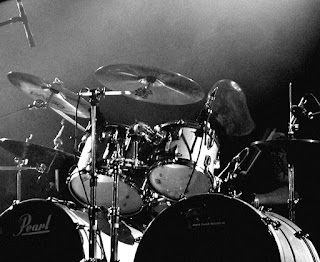