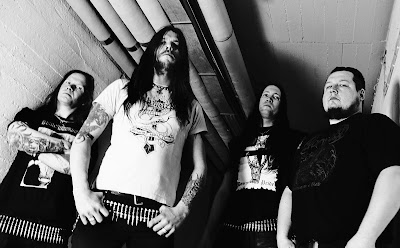 Hail Johan, welcome to my little blog, Archangel's Lantern! How and when did you get introduced to underground metal music? What was your very first stuff (cassettes/vinyl)? Which band did you see live for the first time?
- Hey and thanks for inviting me to make an interview with Archangel’s Lantern! Well, I don’t remember but it was maybe in the late 70’s the first time. I had a friend that had KISS on cassettes that was the beginning I think. Then in the early 80’s my cousin listened a lot to early UK punk like, Sex Pistols, Sham 69, Angelic Upstarts, Clash etc. He also listened to early Motörhead, Metallica, Judas Priest, Scorpions, Black Sabbath etc. and since then it’s just rolled on… I think my very first vinyl was the KISS – Rock And Roll Over album from 1976. My first Metal live experience was actually Europe 1986 on their “Final Countdown” tour. Same year I also was on “Monsters of Rock” in Stockholm with Scorpions, Def Leppard, Ozzy Ozbourne. In September I saw the last show with Cliff Burton (RIP) on Metallica’s Master of Puppets tour.


When did you start to play the guitars/bass and the drums? Which guitarists and drummers influenced you in the beginning?
- I started to play guitar in the mid 80’s with my first crappy guitar I got from my uncle. I started to play drums after a while when I got the chance to play on real drums. I think John Norum (Europe) was my first idol/influence as a guitarist. Later on it changed to Gary Holt, Jeff Hanneman and Kerry King. Drummers that were great at that time were Dave Lombardo, Charlie Benante, Gene Hogland etc. 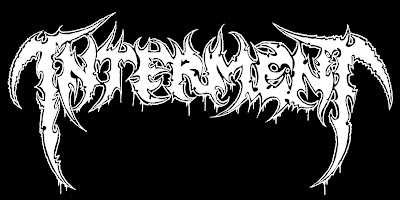 Interment is a pretty old horde since 1988. How was the Swedish Death metal scene, in your opinion, back in the day? How do you hit it off with the Swedish underground nowadays? Would you be so kind as to recommend a few small underground hordes from Sverige?
- It was special to grow up when the Swedish Death Metal scene started. That’s why we and hundred other bands began when Entombed, Dismember, Grave and Unleashed released their first demo tapes. We were on Death Metal shows almost every weekend everywhere, bought and trading demos, merch and drinking beers. It’s of course not the same feeling nowadays but I think it have come back more and more. Many young awesome bands are growing up in the scene and keep the true Death Metal spirit alive!
Oh, they are many, but check out: Temisto, Bastard Grave, Gorgosaur, Engrave, Gorgonaut, Lik, Bastard Priest, Miasmal, Tormented etc…


Interment's official video called "Praise the Death" from 2014 is an excellent job and my favorite one from that year. Share some thoughts please about the circumstances of that material.
- Oh, thank you so much! The video was made by a friend of us, Susan Wicher, which is a photographer. She made that video with only a lot of live photos and some graveyard photos. Turned out really cool I think! The song is from the recording we did with Peter Bjärgö in March 2013. We recorded five songs that were released on three different split EP’s with Brutally Deceased, Tormented and Anatomia. Recently all five songs were released on cassette by Bifrost Records called “Among the Dead”. 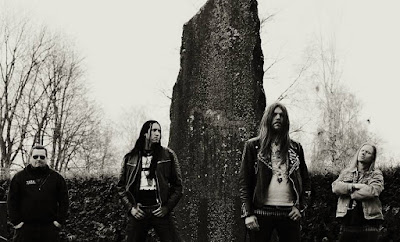 Interment "Into the Crypts of Blasphemy” has been released on limited tapes this year via Valour music. Tell us please all the important information about this.
- Well, it’s nothing special about it except that it’s cool to release everything on cassette. He will also release the new album “Scent of the Buried” soon. Other guy will release the demography “Where Death Will Increase 1991-1994” on cassette as well soon. Only vinyl and cassette is real…

Interment completed "Gods of the Underground Tour 2015" with Australian thrashers Hobbs Angel Of Death last month. What are your experiences from that tour? You will start to desecrate with a new one, from February next year, called "PESTILENTIAL WINDS OVER EUROPE" TOUR 2016 together with Funebrarum and Putrisect ( both hordes from United States ), might it be possible to see your band, live, in Hungary or Slovakia ( maybe Ukraine ) later in 2016?
- The tour with Hobbs Angel Of Death was a great tour. Killer shows and great support! Peter Hobbs is a legend that I’m glad to finally have got to know and played with. He’s Metal to the bone and is supporting the underground scene to 100%. Hopefully our ways will be crossed once again in the near future!
I’m afraid to say that we don’t will play in Hungary, Slovakia or Ukraine this time. Because this tour is too short, only 8 gigs, it would have be too long distances to come over in the east Europe. But I really hope that we can do a tour only in the east Europe very soon! Want to play in Romania, Hungary, Czech, Slovakia, Bulgaria and all the other great countries down there! Next time! 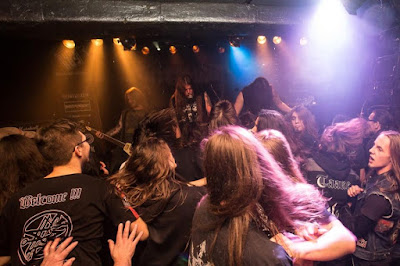 What are the future plans of Interment besides the live performances? What is the situation with your other bands, as Dellamorte, Moondark, etc. nowadays?
- Well, I don’t know, except to play live as much as we can around the world we maybe can record some new stuff next year, we’ll see what happens. Moondark will record a new fullength hopefully this spring. We signed with Cyclone Empire last year so we looking forward to finally release our first real album. My crustband Parasit will release the second album on Cyclone Empire soon. Dellamorte I don’t know, we’ll see when time is right we will do some new stuff and hopefully to play live as well.

I was lucky to meet you, live, with Entombed A.D. guys during the tour with Grave and Implode in Kosice/Slovakia in 2014. It was an excellent show, many thanks to all of you. Any memories from that one you would like to share with us? (I hope Ukrainian beer Lwiwske tasted good to you after the show  :)
Thanks a lot! It was a great show I remember, Slovakia delivered! Well, I remember you and your friends because you were from Ukraine! And the beer tasted really good hehe… 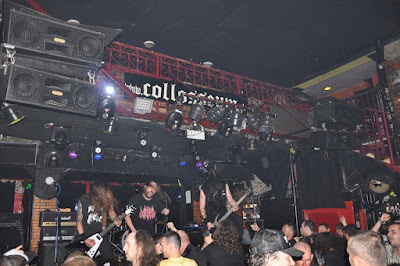 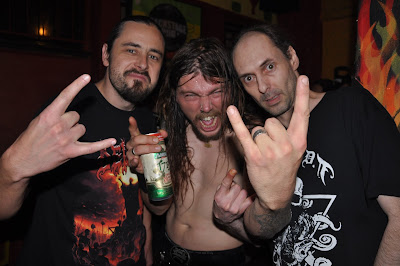 (Victor (bass-player of Ukrainian Castrum), Johan Jansson and me in Kosice/Slovakia, 16.X.2014) 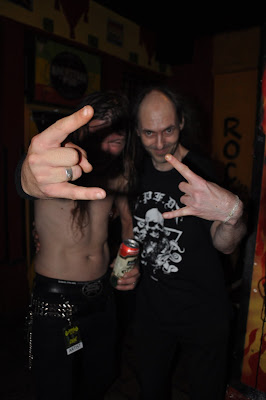 I know, it's a very hard question but I would like to ask what is your favorite Centinex and Demonical album/track from those times, when you were the Vocalist there?
- Well, with Centinex I like the “Hellbrigade” and the last “World Declension” album most. Favorite tracks “Bloodhunt”, “Towards Devastation” and “Wretched Cut” to mention three of them. My favorite Demonical album is “Death Infernal” and my favorite tracks are many but “Return in Flesh” and “Bow to the Monolith” are great.

Which foods, drinks, and tobaccos do you recommend to us from your area?
- Well, I don’t know, we eat typical Swedish food I think. I like meat with potato gratin and a nice mushroom sauce, spaghetti carbonara, homemade pizza etc… Mostly drink beers and a smoky single malt whisky like Laphroaigh, Ardbeg or a Caol Ila. About tobaccos I don’t know what to say, I smoke regular cigarettes…

Do you have any special hobbies besides music? What are your favorite albums, books, movies?
- Not really, I don’t have the time for anything else except of music and my son that are 3,5 years old. Favorite albums are too many to mention but I can recommend the debut album with Swedish Temisto and the upcoming debut album with Chthe’ilist from Canada, check them out! I don’t read books so much, I wish I could read more books but I don’t have the time. I try to watch new movies as much as I can but I also watch a lot of TV series. I highly recommend “Fargo”, “Narcos” and “True Detective” to mention a few. I’m also following Walking Dead of course…

Tack så mycket for the interview, Johan! Send us some thoughts from Interment.
- Thank you, you’re welcome! The new Interment album “Scent of the Buried” will be out on April 1st. Please check it out if you like old school Swedish Death Metal, you will like it! We would love to play in Ukraine! It would be awesome if someone can book us there! Keep yourself updated on our websites and always support the underground! Buy merch, records and come to shows! Only death is real… 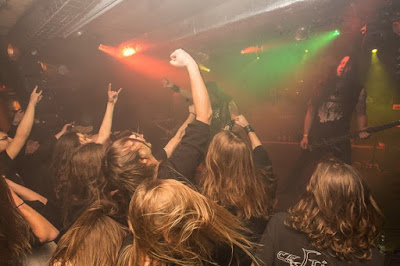