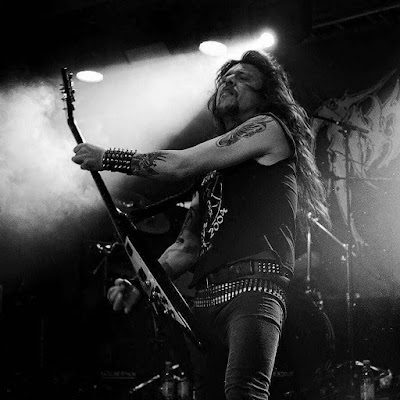 Hail Deathking, Johan! You are very welcome to my small blog again! First of all, I’d congratulate for your awesome Interment album, called “Scent of the Buried”, brilliant old school job and it is definitely one of my fave releases of the last year.
- Thank you very much and I’m glad to hear that you like our latest album!

Tell us some important info about the circumstances of this Death Metal pearl. How went your last live shows with Interment?
- Well, we’re quite satisfied with the latest album and the reviews and the support have been awesome! The last shows with Interment went very well! 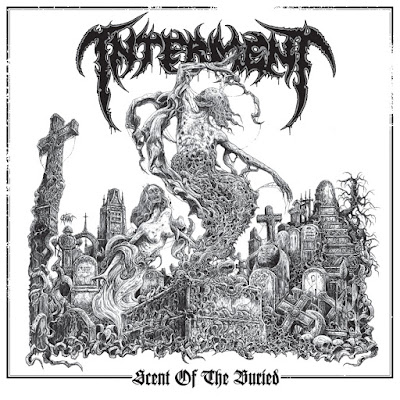 I have a huge respect to legendary Swedish producer, Master Tomas Skogsberg, since the early 90s, would you be so kind to tell us about your co-operations with him? When and how you met him first?
- We actually haven’t been working with him since we recorded our first demo “Where Death Will Increase” in February 1991 until Summer 2015. So it’s was great to work with him again after so many years. He is a great guy and the recording went very smooth and relaxed in his studio on the countryside.

I’ve listened through YouTube to Dreadful Fate’s “The Sin of Sodom” demo, it’s an excellent work, I must say. Let’s talk about it, Mr. Death Ripper!
- Thanks a lot! Yeah this is a brand new band that play old school Thrash Metal in the veins of old Sodom, Sadus, Kreator, Destruction etc... Just simple and aggressive fast stuff that will make you headbang! Songs for a full length is in the works and will be recorded in January 2018. Expect pure hate! 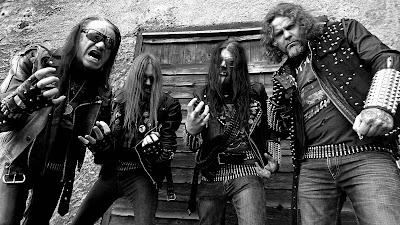 Share with us some thoughts about your other band, Asocial. I’ve listened to a few great ones from Asocial, all of them just awesomeness. Tell us please about your upcoming shows.
- Well, Asocial is an old punk-band since the early 80’s that I played drums with, in the 90’s. We decided to make a reunion last autumn and did our first gig since 1997 in February this year and after that we have continued... We just released an LP with ten songs and have some upcoming shows in Norway, Sweden, Greece, Belgium and Czech... 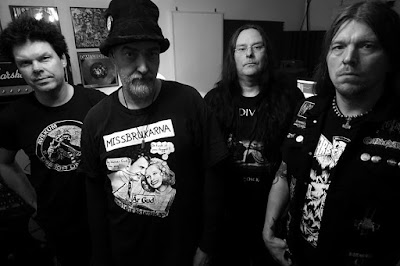 I’d ask you about Die Hard. Tell the readers more about your drumming and about up-coming shows as well.
- I’m not a member of Die Hard I just did two shows with them in Paris and at No Compromise Festival in Belgium. So we’ll see if they need me on drums in the future again...

What is the current situation with your other bands, like Dellamorte and Moondark?
- Dellamorte is still on ice but with Moondark we hopefully can start to rehearse the songs for the upcoming album soon! 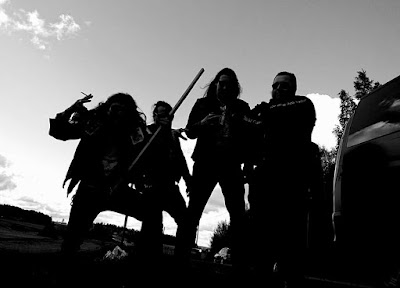 I’ve listened to the latest Parasit album, just amazing one again. Tell us more about it!
- Thanx a lot! Well, we will also start to rehearse new songs for our third album that we will record during the winter I hope. Which label that will release it we don’t know yet. 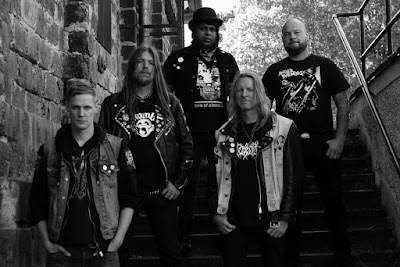 You are a multitalented one. Share with us briefly some important stuff about your past hordes, as Gluttony, Fulmination, Hatred, Regurgitate, Uncanny, Beyond, etc. (I hope I’m not mistaken with the bands.)
- Well, Beyond was pre Interment and did only a porta demo tape. In Gluttony I was doing the vocals on the first demo and EP. In Fulmination I played guitar the last year they existed and recorded ten songs that was released on a demography album. In Regurgitate I played bass two years before we put the band on ice. We did one recording that became three 7” EP’s that was released. In Uncanny I played guitar some years ago and we released a 7”inch. Hatred was my first “real” band that played Thrash Metal in the late 80’s. I released two demo tapes and an unreleased tape with them before we quit. Then I have played with a couple more bands as well... 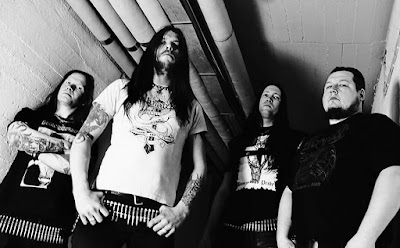 A bit sad question right now… My blog, Archangel’s Lantern is eternally dedicated to  to my bride Kate’s memory (She was a huge fan of your bands);  and I additionally put a dedication to my Polish metal sister, Kasia Grobelska, who died last year. She was at the Entombed A.D.-show in Gdańsk/Poland in 2014...
- I’m sorry to hear about your bride and also now Kasia! It’s an honour to support your blog in the name of the passed away, loved and missed ones... RIP.

What do you think about the heritage of Dissection or other bands of Jon? Did you meet him ever?
- I’m actually not a Dissection fan at all and I never met him. I saw them live once anyway... I was on a tour with Dellamorte with his brother in Swordmaster back in the days.

How was the Entombed A.D., Grave and Implode show in Gdańsk back in 2014? Any experiences?
- I remember that all three shows in Poland were very intense! Grave have a huge fan base there so they ruled the shows there!

You've visited and played on an awesome show of Svensk Dödsmetall legends last year. Tell us more about that amazing performance.
- You mean the Close-Up boat I guess? Well, it was a killer trip with great bands and people from all over the world! It was really awesome and you surely missed something! Missed bands that should have been played were Dismember, Afflicted, Crematory, Carbonized and old Therion! 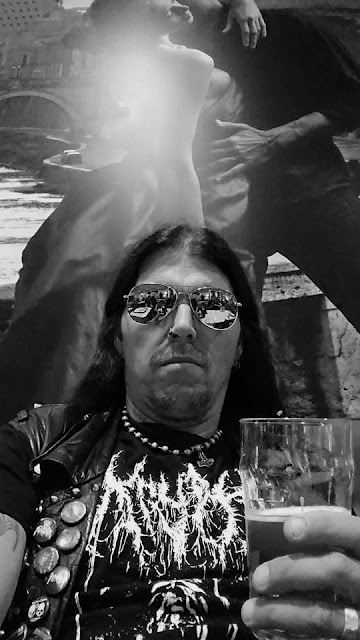 What are your current fave hordes and LP-s?
- Right now I listen to Spectral Voice,  Alterrage, Disfuneral, Coughdust and Torture Rack etc...

Tack så mycket, Johan! It was a pleasure again to talk with you. Please send a message to the readers of Archangel’s Lantern…
- Thank u very much for the interview Georgius! Please support my bands and of course the whole  Death Metal underground scene!
Cheers from Sweden!
/Johan 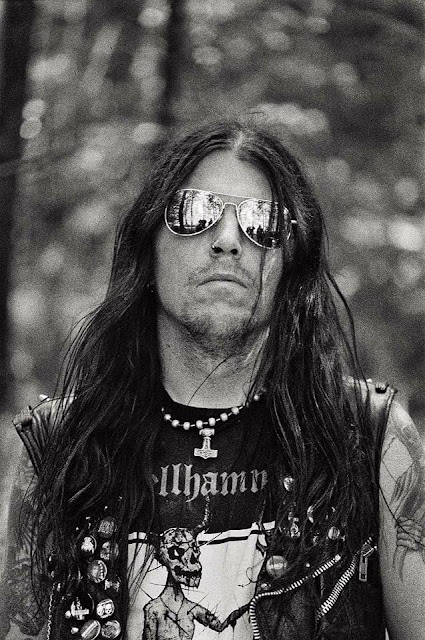