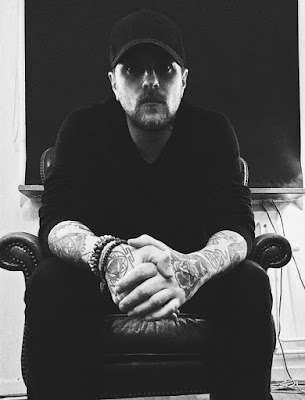 Hail brother Pontus, you are very welcome to Archangel’s Lantern. Firstly tell the readers when and how did you connect with the underground movement? What were your very first tapes/vinyls/CDs? Which live show of a metal band you visited first time?
- What made me come in contact with the underground world was by my brother. At age of nine I got the Promo-CD of "Storm of the Light´s Bane" by Dissection. I really don’t remember my first live show really, haha! I think it was In Flames or some other band.

What was your very first band? When did you start to play the drums and guitars? Which musicians and bands influenced you back in time and in our days?
- My first real band was named Excessum.
I started to play drums when i was 14. I bought a used drum set from a friend that was really good. My influences back then was Dissection, Morbid Angel, Judas Priest, Black Sabbath and many more. 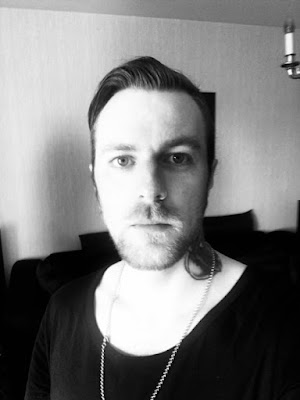 Tell us more about your past bands, like Blut, Excessum, Holocaustia, Human Death and The Bloodlust. Unfortunately I could listen to Excessum only, other bands I couldn’t find. Where can we find some music from these hordes?
- Excessum is the only one of those bands that are available online.
Rest of them are on tape that I have.The time I was with Holocaustia never got recorded, but it was the best Black metal band I have ever played with. Its a shame that we never recorded something when I was a member.

When I’ve talked with Carl Gustav Karlsson of Protector (who played live with you), I’ve mentioned to him that as for me CON is a Dark Essence… Now let’s talk about the beginnings of Con. Share with us all the important information about this brilliant horde.
- Carl Gustav Karlson was asked to be playing drums if we were going to play live. I started CON by myself. I have written all the music and on the first demo I programmed the drums and the vocals were done by Carl Nordblom. On "In Signo Draconis", Jimmie Oloausson played the drums and Master of her Temple did the vocals. 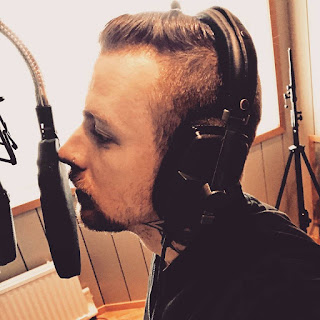 When do you plan to release “In Signo Draconis”? I must say the teasers I’ve listened to so far are just amazing.
- It's so hard for me to take credit for my own work, and I’m amazed that so many though its not release yet are longing for it. Internal conflict has stand it the way, but I’m going to release it. When is still not decided yet. It´s a production that I’m really proud of, maybe the best production I have ever done.

After its release do you have some plan to play live in Sweden and perhaps in Europe?
- Right now I don’t think that there will be any live-shows.
But of course if wish that it will be, but I’m a really busy right now with things around me, life in general and if there is gonna be a live show it should be spectacular or else it´s no idea. The estetic and the performance is hard to recreate with all the emotions that is contained in the songs. 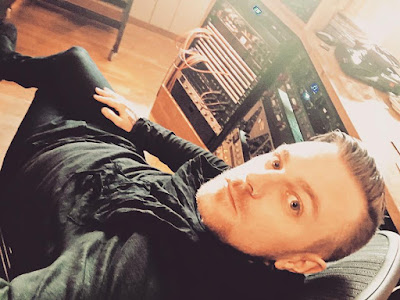 Would you be so kind to recommend us some small, unknown by us, Swedish hordes? How do you see and estimate the Swedish scene of the past and nowadays?
- The Swedish scene has many serious and good bands, but unfortunate there is no money, no support and that leads to that every band mostly has to manage everything  themselves for a gig. That’s an enormous project. More and more clubs and venues are closing down, so the live culture in Sweden are slowly dying out. Sadly. If you’re not a more famous band with a lot of money in your pocket.

Archangel’s Lantern is eternally dedicated to the memory of Jon Andreas Nödtveidt. Did you meet him ever and shared the stage with Dissection? What are your favorite tracks and albums from his heritage? (And not only from Dissection.)
-  I have met him two times at their final gigs.

He used to spend time at our house where I grew up together with my brother and everyone in the local metal scene there. He has always been a kind and thoughtful person from what I have heard and the impression I got when I´ve met him with extremely skills on whatever he plays. He was a person with the heart in the right place. 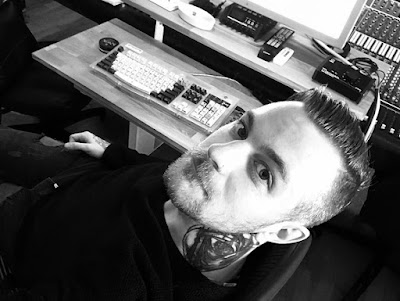 Alongside CON you are playing in another band, in another style. Please share some important thoughts about it.
- Right now I’m producing a EP together with a very talented singer, it's a mix of pop/electro/indie. That’s the music that feels right to play for me right now. Of course Black metal is something I will always will be devoted to. I mean CON is my lifework.

What kind of literature do you like to read? Name us some books and movies.
- No comment on that one.

What is your daily job? Which museums, concert-places are your recommendations from Göteborg? What kind of food and drinks would you recommend us to try?
- My daily job right now is Musicproduction on a high school here in Gothenburg.
If you like burgers, go to ”Butchers market” Best burgers in town! I recommend the drink Margarita on ”Lilla London” on Avenyn here in Gothenburg. Taste´s incredible good!

Tack så mycket brother Pontus! Wish you all the best in all your musical activities and in personal life as well. Send your message to the readers of Archangel’s Lantern from Leviathan’s Grave.
- Thank you so much for this interview!
I want to thank you all out there for the devotion to CON!
It means more than you ever could imagine.

BTW, Heineken is the greatest beer! 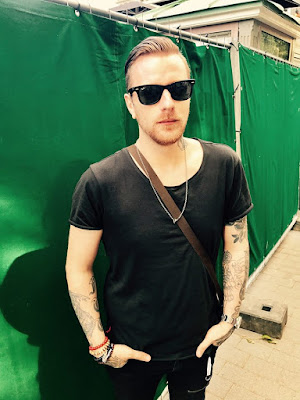