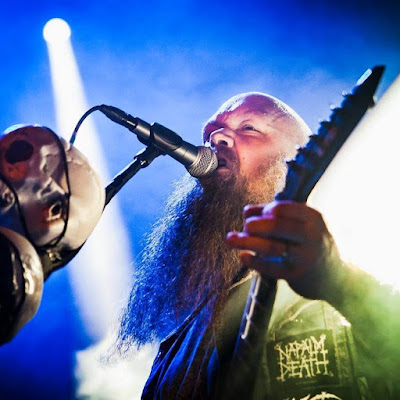 Hail Jonas! First of all I’d like to congratulate you  for your awesome 7” EP, called ”The Empires of Death” (released by Growles from the Underground), brilliant Death metal stuff. Share with the readers please more information  about  ”The Empires of Death”.
- Hi Georgius! Sorry for the extreme delay in doing this interview. A lot of different things fucked up, computer kept on crashing, new job and so on... I’m sorry for this. Anyway, on with the questions.  Thanks for the kind words on "Empires...”. It’s as you said a 7” EP. It contains 3 new songs from us. Recorded by Daniel Vandija in our studio Hatecraft. Mixed and mastered by Dan Swanö at Unisound. I think the EP sounds really fresh even though it reeks of old school, and in short, I think it is the best release we have ever done. The songs have that thrive feeling I think we have while playing live, and that to me was an important task.

I’ve watched all your  new videos (”At the Altars” ”Providence" and ”Epitaph”) through official Puteraeon YouTube-channel, I must say, amazing  pieces of old-school Svensk Dödsmetall. Tell the readers with your own words all the interesting things, track by track.
- We did 1 video for every song on the EP. In a Bathory homage, the videos go under the influence of „Blood, Fire, Death”. Maybe not that obvious at first, but when you know it... Blood is the main thing in the song "At the Altars”. Fire is very present in the video "Providence” and loads of stuff like graves etc (Death) is present in "Epitaph”. Rune Foss who made all the videos did one hell of a good job I think. 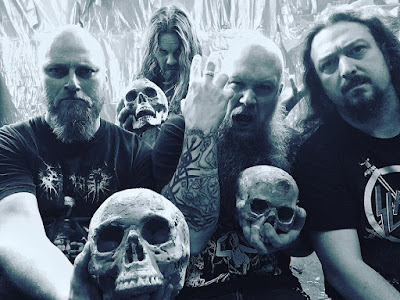 If I’m not mistaken, the cover-art of "The Empires of Death” is your work. Would you be so kind to talk about your awesome drawing?   I like a lot your painting/drawing-style and it was a pleasure to publish Part I of your art. Let’s go to do the second part later then :)
- Yes you are very right. First up we had completely different pic as the cover. An old picture of Lucifer eating Judas that I had redrawn into Cthulhu. But it didn’t look cool enough so I started thinking about doing something else. I really enjoyed an older pic I did with Lovecraft depicted that we used as the backside for a shirt. So I redraw it again slightly different with more detail this time and that ended up as being the cover art. I think it turned out really iconic. 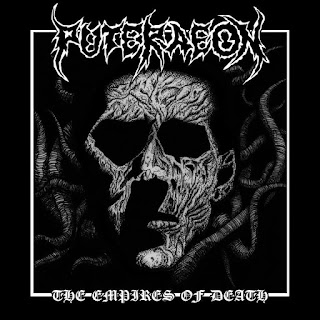 What is the situation with the other bands,  where you are playing, like Deletion (I saw on Ecyclopaedia Metallum as it’s on hold status) and Commander?
- Deletion is on hold for a couple of years. I’m not sure if we will do anything more with this band or not. Right now I don’t have the time for it but we shall see what happens in the future. Commander on the other hand hasn’t been active since I think 2003-2004 or something. We did 3 demos as I recall and for some reason that i don’t really remember it all just stopped. No hard feelings or so, I guess Commander was always considered the side-project band to many of the members and while some of the other guys other bands were prioritized. I still enjoy Commanders 80’s Saxon/Judas Priest type of music. And Commander felt really promising at some point, but, maybe we didn’t give it the time it needed to grow ... I don’t know.

Which bands did you enjoy as guest musician last time? ( I just saw you did some vocals to Feral in 2015, on 9th track, called Mass Resurrection)
- I’m not really sure, but I think that was the latest stuff I did. I have done some stuff for Ulverheim, Megascavenger, Just Before Dawn and Likblek before as well. It’s always fun to do.

Would you be so kind to share your experiences from Puteraeon latest live-performances?
- Right now we haven’t played live for a couple of months. We’ve been busy rehearsing new stuff for a 2018 release, so that have been taking a lot of time these last 5 months. So we are now rehearsed and will start recording our next release a 5 song mini called "The Dunwich Damnation” any day now. Drums are all set up and ready to go. I guess we will do like we did with "The Empires of Death” and first up just release it online. That could happen sometime late February/ early March 2018. Look out! 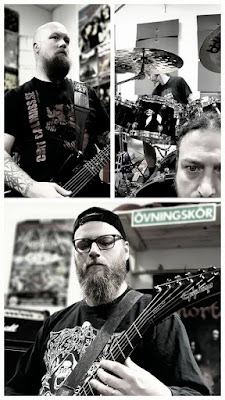 You played on guitars  in a Danish band, Thorium’s debut album, called ”Ocean of Blasphemy” (2000). How did you enjoy them? Tell us more about this Hellish collaboration.
- Well I had been in contact with Michael for a couple of years since my old band Taetre was signed to his label. He had an idea of forming an old school Death metal band, and in that time there were mainly melodic death metal at that point. Either Dissection or At The Gates clones (or like Taetre somewhere in between heheh). I remembered that playing real old school would be really cool so I joined them for a short time. I played with Thorium live opening for Artillery but that was mainly it. I didn’t want to travel so I told Michael that I could still write a couple of songs if he wanted to. So on the first album i wrote 3 songs and on the 2nd I wrote 2. On their third I kind of remember being asked but I guess I didn’t have time for it. Thorium will release a new album, my guess next year. For this album I wrote 3 songs as well. So you will hear my music in Thorium once again. 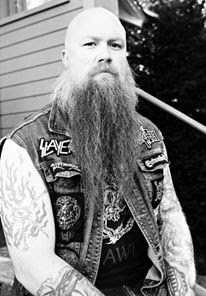 In our first Puteraeon-interview you mentioned, as you met Jon Nödtveidt (R.I.C.) many times in the ’90-s. Did your band(s) share the stages with Dissection ever? What is/are your favourite Dissection album(s) and track(s)?
- Yeah that’s true. No we never shared stage, but since Dissection lived in Gothenburg during that time, we met often on concerts and in town. Everybody who was die-hard into Death metal at that time knew each other, and everyone would be recognized (like outsiders in society if you will). I like all Dissection albums. One of my favorite songs is "The Somberlain” which really is a killer track. The "Reinkaos" was at first hard to get into, but now I think it is their absolute masterpiece. Songs like "God of Forbidden Light” and "Maha Kali” are just ingeniously written.

As far as I know, you and Ronnie Ripper Olson of Turbocharged are good friends. Is there any interesting or funny story about you from past/nowadays?
- We haven’t hung out in real life more than now these last few years at gigs we’ve done together. As for Turbocharged, the guys are really easy to like people and I think we have the same sense of humor so that works out really good. I really enjoy their company and I hope they say the same thing. Would love to do some more gigs with them in the future. 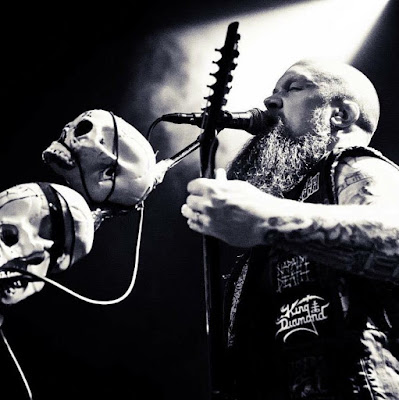 Tack så mycket/Thanks so much, Jonas, it was a pleasure to talk with you again.  Share some thoughts from the Empires of Death in the end.
- Thank you so much for this interview! It’s been a pleasure answering. Well, check out “The Empires of Death”! It’s available on 7” vinyl through Growls from the Underground and other distros. Also available on digital, Spotify and so on. And if you like it, we got some more candy coming early 2018. Cheers! 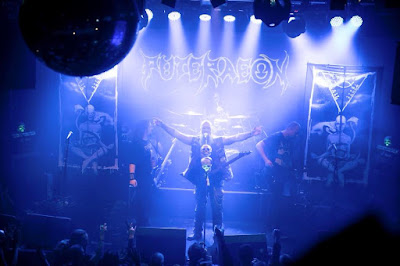 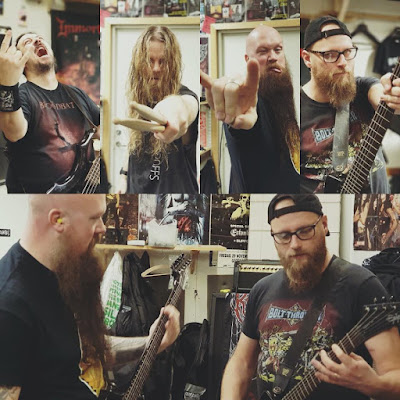