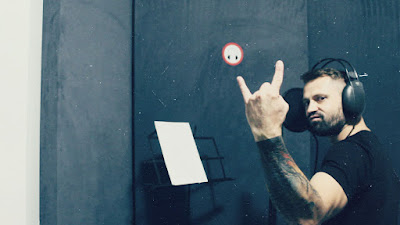 Hail Vasyl welcome to Archangel’s Lantern. In the first instance tell the readers when did you start with your very first project Ravenblood?
- I’ve started to work with my first project called Ravenblood in 2014. It was recorded the first release called Відчуженість/Estrangement in that year and the ‘curtain’ has risen. After that were recorded other releases, who would be interested to listen to my stuff, could find them on Bandcamp and YouTube.

When did you meet Oleksiy Krylov of Ancient Voice at first time?
- Our acquaintance with Oleksiy began with an interview I made with him back in the day. After that we met personally a couple of times and became as a huge friends. We recorded a split "Око Карпат/Клітка Для Вітру" and have been as guests on each other stuff. 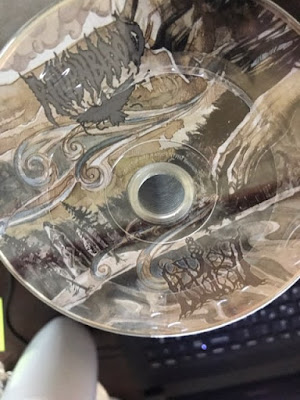 What are responses from the underground press and fans so far?
- Responses about Ravenblood materials are very different but for the main are positive. A lot of reviews were written about those releases and compilations where I’ve been involved and all of them got good feedback. I gave a few interviews for the webzines and printed ‘zines as well. Ukrainian Terroraiser magazine has been out recently where I told in details about my up-coming album on an interview and sent my answers to Ukrainian Atmosphere magazine. I have some plans to make other interviews for printed mags and radio as well but I think it’s too early to talk about it as it’s only in process.

How and when did you join metal music?
- As far as I remember well it has happened when I has been 15 years old. I had no internet that time and I had not too many chances to dig out different metal bands. First time I listened to and watched metal on TV. Khust Rayon, where I’m living has common border with Romania and my old antenna caught Romanian channel TVR 1, where started the show of Swedish Therion around midnight, 4th of June 2005. I don’t know why I didn’t sleep that night yet and it’s pretty interesting that Therion just started to play and I didn’t switch their live performance. It should be happen that way I think. Since that time I eagerly started to listen to metal. I bought tapes of Slayer, Manowar, Metallica, Alice Cooper etc. which ones were for sale in my hometown. After having internet connection I’ve found a lot of other bands and still find some new groups and their works. 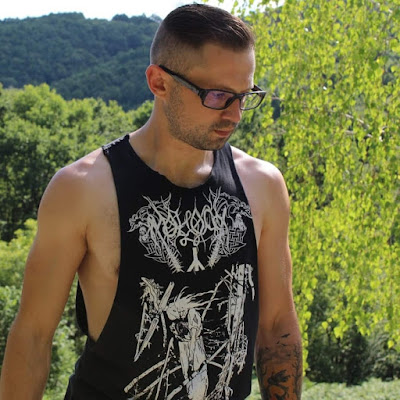 Do you have plans to found new projects in the future?
- I better don’t say that because I hardly attain myself with releasing my ideas in those projects where I’m playing:  my Ravenblood, Salamanthra project, and In Movement  band (I’m a vocalist there). A couple of time ago I started myself drawing artworks to my project bands, so lack of time…I ended with recording new Ravenblood material and sent it to label not long ago. I wait the CD-s of new release and then I will publish it. We are currently rehearsing a lot with my band and will start to write material soon.  I’m drawing periodically some stuff in my free time what ideas I would use for cover to new material of Ravenblood perhaps. At times we are working with Salamanthra project, where beside me are members Oleksiy Krylov and Mauricio Fernandes from Mexico. 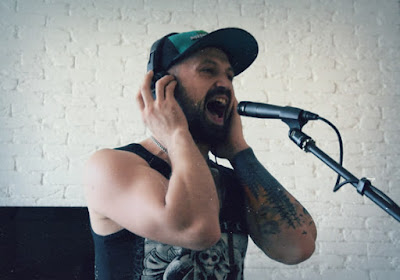 Share your thoughts about our common land, Transcarpathia and your hometown Khust.
- Transcarpathia is an admirable land with its unique history, wonderful nature, with unusual colorful dialects. There are a lot of interesting places, you could always relax, swim in the river in summer or take a hike to the mountains… our land has inimitable atmosphere of rest…Transcarpathian cuisine is very tasty…
In Khust in point of fact lots of interesting places, the city itself is comfortable and arranged.
From sights of Khust I would mention first of all castle ruins and other nameable places for example Czech township or Protestant fortress church and many more… 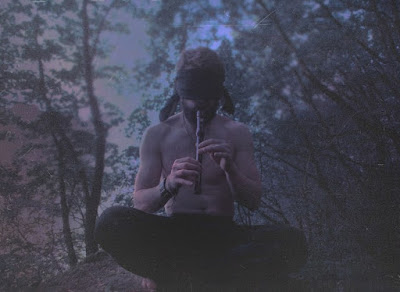 What are your favourite writers?
- I have not favourite writers I can give prominence, I’m reading that what I prefer and that independent from authorship. Back then I’ve read exceedingly, book after book as if on conveyor-belt. Last years I almost didn’t read anything but a short time ago I’ve read three books, namely Richard Adams: “Watership Down”, Daniel Keyes: “Flowers for Algernon” and   "В Тени Ердега"  from my fellow-countryman, namesake Vasyl Laver. 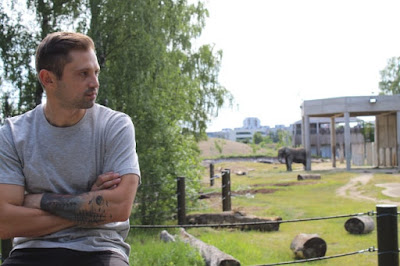 Do you have any favourite painters?
- I’m myself favourite painter somehow and in interpretation. I could say I better try self-development and I’m interested in to draw complete drawings and paintings all times than offering someone to cultic status tallying “favourite”. 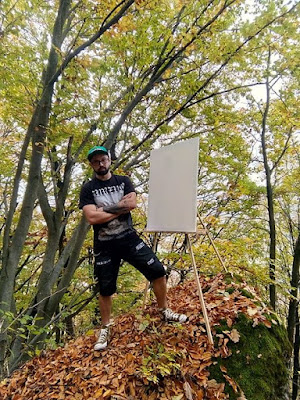 Archangel’s Lantern is dedicated to the memory of Jon Andreas Nödtveidt among others…
What is your opinion about him and his heritage?
- I’ve listened to albums of Dissection back then, I liked music decently and I’m listening to it at times…About Jon: I’ve read an interview with him recently…I’ve taken fancy of his ideology and a few views to life etc. but I categorically don’t agree with his believes. However, Jon is not my ideal, like other personalities but to argue about his talent and ability, what he brought to underground music improbably. 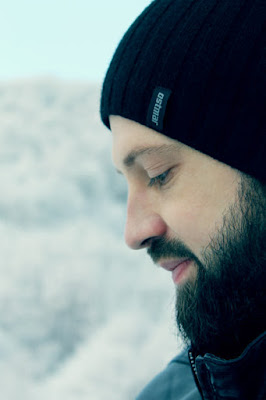 What kind of music you listen to nowadays? What are your recommendations?
- Music taste is very different among people that I could recommend something concrete but I try what I’ve listened to last time…For those who like blues I can recommend  King Dude, Snowy White and especially  Rory Gallagher, what I  opened to myself this spring. I’ve found a few bands from heavy metal as well like Kryptos, Riot City и Traveler this year. From Black metal my recommendations are Mgla, Totenwache… 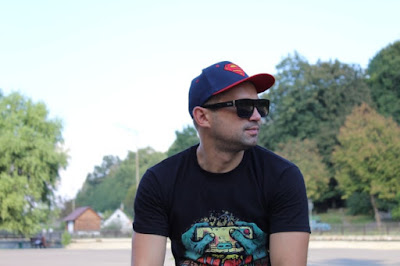 Thanks a lot my friend. Share your thoughts in the end of this interview.
- Search and develop yourself. Delight in wonderful things, be glad to life and be satisfied what you have and appreciate it but never miss the chance to get more as occasion offers.
Wish you all to acquire calm and equilibrium of soul. 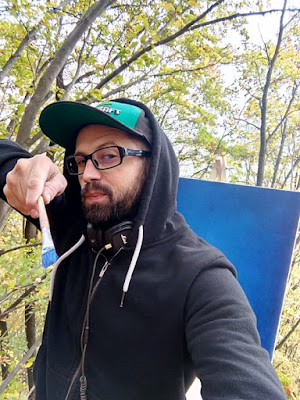