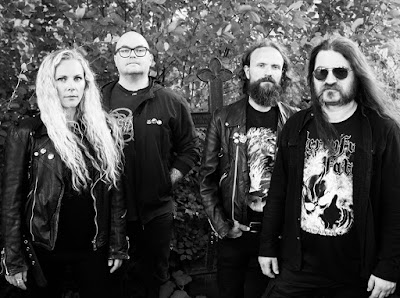 Hello Nicklas! A new album, “Into Desolate Realms”, was released last year. As it is known, the most severe critic of the artist is himself. Tell me, are you satisfied with the result?
- Now it's been almost a year since we recorded it. It was a while ago that I listened to the recording but I can say that I am happy with the end result. Feels like it became a strong album with a suitable soundscape. This also applies to the cover art by Paolo Girardi and the label's work.

How positively did the fans and the press take the album, what was the feedback? Was the reaction different from the previous album?
- In general, I feel that it has been really good reception. I can't keep up with reading reviews and feedback, but what I've read and sent to me has been overall good. And when it comes to comparison with previous album, I don't know if the reception differs so much. Perhaps more "hype" over the “comeback” album was because it was the first one released in many years. But I don't really know.

In one of our previous interviews, you said that there was unrealized stuff from the sessions for “Evoked from Abysmal Sleep” album. Was this stuff used for the new record?
- Some riffs have been included in songs on the new album. Possibly some whole song too.

It seems to me that comparing with the previous album “Into Desolate Realms” sounds more doomy and closer to the later Runemagick albums. Is that your intention?
- There was no such plan but in my opinion there is a relatively large variation on the new album. At least within the framework of Runemagick.

I can also mention very thoughtful guitar solos. Can we say that this is the influence of the second guitarist Jonas Blom?
- Yes Jonas has added a lot with his solos and melodies. I myself have also tried to work with a bit more "epic" melodies.

Given that Runemagick has existed in a trio format for a long time, what was it like working in a studio with a second guitarist? Has the approach to making music changed? How long did it take to get used to each other?
- The new album is a bit more written to be two guitarists. Jonas and I have played together before so we knew each other. So the step from trio to quartet was “nothing more” dramatic than adding more dimensions to the songs.

The band was silent for 10 years before returning in 2018. Over the past two years, you have released two studio albums - a very prolific job! Where did the inspiration come from?
- I often get that question. It's hard to answer. I've always been very creative. Sure I have had short dips on and off but usually it is a constant flow. If time allows. Then I can't say that everything I create or write is good. That's another thing. I like to write fast and move on to new challenges and projects so sometimes you probably release things too quickly. But there is a delight in not overworking things, letting the spontaneous direct flow and becoming what it becomes.

Are there any plans to continue Runemagick? Can we hope for new records?
- In 2019 we released an MPL, LP and split vinyl. Almost a little too much hahaha (and some reissues). So right now I or we have no pressure to write and record new. Can promise that a new album will not be released in 2020. But what will happen to the band 2021 we will see. We have not said that we will end the band.

What about the concerts now? How active do you promote Runemagick through live shows?
- For various reasons, we have difficulty rehearsing and performing many gigs. But as it looks now, we will be doing three festivals in Europe this year. Not sure if we will do more than that.

The first two albums, as well as the "Darkness Death Doom", given the number of reissues, remain the most popular Runemagick albums. What do you think, why did they become cult among fans? Has your own attitude towards them changed over the years?
- Hard to say but I think "Darkness Death Doom" and "Enter The Realm of Death" are kind of classics for us as well. I guess we managed to get some so-called "hit songs" on these albums or a good overall atmosphere in the albums.

Judging by the concerts, how many youngsters discover Runemagick? Or are you mostly known and listened to by old-school fans?
- I think it is a pretty good spread in ages but guess that most are between 30-50 years old.

Often there is a situation when the children of legendary metal musicians do not understand and do not respect the music of their fathers. It’s sad to see it! How do your children feel about Runemagick?
- My daughter is proud that both her mom and dad play in bands and release albums. She also wants to wear our merch. She may not listen to the music so much, but she respects it. Our youngest son is not into that music at all. He is more of a rebel and likes to listen to things we don't like - at all.
Then I have an older adult son too and he doesn't care much about this, it has always been included during his upbringing so it is nothing special, not right now anyway.

Do you think that the modern extreme Swedish scene is a living active organism, or a museum filled with legendary but exhibits?
- I guess it's a combination of the two. We are full of old nostalgia but there is also innovative and vibrant creativity.

Looking back at Runemagick’s history and today's activities, what are you most proud of? What do you think is the main achievement of your band?
- Then I'll probably choose the latest album "Into Desolate Realms" and "Darkness Death Doom". Both in terms of the song material and as a whole. I'm not looking for more praise or reward than that. The important thing for me is creativity. Then it is an honor and bonus that there are people who like what I and we do. And that despite some interruptions we continue on old paths but are open to new nuances in what we create.

“Det var tur i oturen” – how do you comment on this proverb in the context of Runemagick history? Was such a situation in the biography of the band?
- That was a different question. There are certainly situations or events surrounding this. But I'm having trouble coming up with something right now.

What is happening with Sacramentum now? The group resurrected in the original lineup last year? Can we hope for a new album, and what are your plans for the future?
- Yes, I was asked if I wanted to join one or two gigs and play drums again. Actually, I was not at all craving to play drums. But the answer was yes. So you can probably say that the band has resurfaced again and we will be doing some gigs this year. There are actually plans to write and record a new album as well, but nothing will be stressed out. It may take the time it takes.
As for other plans, we are just about to complete the recording of a new album with The Funeral Orchestra - “Negative Evocation Rites” to be released by NWN! Productions later in 2020.

Well, at the end of the interview, how would you summarize all of the above on behalf of Runemagick?
- “Åren går men döden består.” - The years pass but death persists. 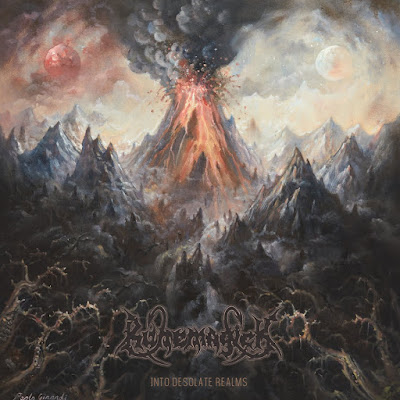