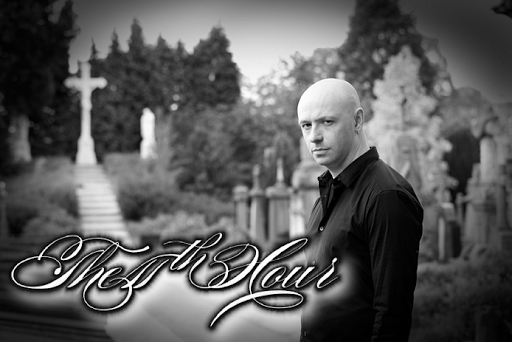 Hails Ed! How old you've been when you decided to became a musician/drummer? Tell us please about the inspirations and your very first band(s).

- I was about 10 when I discovered KISS and right then I knew I wanted to be a musician, or more specifically a drummer. My parents bought me a small drumkit when I turned 12 but I demolished it quickly so they got me a better one the year after. I started playing along to my favorite records (by then I'd discovered RAINBOW and Cozy Powell, my biggest influence) and learned drumming that way, and when the neighbors started complaining about the noise I moved to a rehearsal room close by. I thought it'd be more fun to play with a few other guys so that's when I started my first band AGGRESSOR, we played quite a few shows during 1982-83, mostly at schools and small clubs. After a while we broke up and I moved on to other bands such as IMPACT, TEMPTER and VALKYRIE until I joined the prog-metal band ELEGY. I stayed with them for a few years and played drums on their debut album, but by then GOREFEST had already asked me to be their drummer so I left before the album came out.

In my opinion GOREFEST was one of the determinative Death Metal bands for the Dutch scene in the 90s and after the reunion too. What do you think about this? Which GOREFEST release is your personal favorite and why?

- I think it's a big compliment! My favorite GOREFEST albums are "False" and "Rise To Ruin", although I also have a soft spot for "Chapter 13". "False" was a once in a lifetime experience, we had total freedom and lots of inspiration to make a really great album and it still holds up today. "Rise To Ruin" was a bit of a return to that style. And "Chapter 13" is a favorite because after all the fighting we did on "Soul Survivor" it was good to be on the same page again, most people dismiss it because it's not "metal" but I still think it's a great album.

Your Doom/Death band – THE 11TH HOUR – has two excellent albums. When did you start to sing with clean voice and play the guitar? Do you have any plans to write some new songs for THE 11TH HOUR this year? What can we expect from the new compositions?

- I've sung before, as early as the 80's when I used to do vocals for the demos we did with VALKYRIE, but it's different to be the actual lead singer of the band. My sister bought me a guitar for my birthday in 2005 I think, and I taught myself to play a bit so I could write songs for GOREFEST and later HAIL OF BULLETS, but I had so much inspiration that I started THE 11TH HOUR as well. There's no new material written yet and 2013 is mostly a "HoB-year" but we'll probably start working on a new album next year. The style won't change too much I guess, but it will sound a little different since the whole band will be recording it instead of me playing everything.

As I've noticed on the HAIL OF BULLETS pages you are in writing mode now. How many tracks do you plan to record for the new masterpiece? Where will you record it this time and when it will be released?

- Actually we're already recording, we have 10 songs and it'll be a cross between the first and second album, so a bit rougher and more primitive than "On Divine Winds". The drums were done at Sandlane Studios, the rest is being recorded at my home studio. So far we've done drums, rhythm guitars and bass, vocals will probably be recorded next month so we can start mixing in June. Mix and mastering will of course be done by Dan Swanö. If all goes according to plan we should have the album out by October.

You played drums on some famous Progressive yet Symphonic Rock materials, like LANA LANE's "Secrets of Astrology" album, STAR ONE, 5 albums of AYREON and on some tracks of ERIK NORLANDER's live album – "Stars Rain Down". Would you be so kind to tell us more about these co-operations?

- I've been working with Arjen Lucassen since 1998 when he asked me to play drums on the 3rd AYREON album, "Into The Electric Castle". We have a great working relationship, it's almost telepathic. The great thing about being part of Arjen's universe is that I get to share credit with famous artists such as Bruce Dickinson, James LaBrie, Devin Townsend, Tony Martin, etc. Very cool!

I met Lana Lane and Erik Norlander through Arjen, did an album and a tour, but we didn't get along too well so that was the end of that collaboration. Later this year I'll record drums for the upcoming AYREON album "The Theory Of Everything". There'll be some big names involved again...

You are a big collector of movies on Blu-ray discs. How many pieces do you collected so far? Could you please name us 5 of your eternal favorites? What movies do you curiously look forward in 2013?

- Ha, no idea, but it must be thousands! I started out with VHS back in the day, changed to Laserdisc, then DVD and now Blu-ray... I love all kinds of films, from horror and sci-fi to westerns. A top 5 is almost impossible, but I'll try:

I'm actually looking forward to the Evil Dead remake, first I was skeptical, but it looks really promising. But the movie I look forward to the most is Nicolas Winding Refn's new one, "Only God Forgives", again starring Ryan Gosling with whom he made the excellent "Drive".

Apart from music what kind of work you do in everyday life?

- I work for a large mailorder company for which I handle customer service, both e-mail and phone. The days when you could live just from making music are long gone unfortunately... but I work only 4 days a week so I have enough time left for the important things in life!

The Netherlands is well-known about its savory cheeses. What kind of cheese would you recommend to taste?

- Actually I'm not too familiar with Dutch cheeses, apart from the standard Gouda, Beemster and Old Amsterdam. I really enjoy French cheeses such as Port Salut though.

It would be really great to see/meet you at a live show in Ukraine or Hungary with HAIL OF BULLETS or THE 11TH HOUR. Are there any plans to visit those countries in the near future? What do you know about these countries?

- For THE 11TH HOUR that's almost impossible, the flight costs are way too high for any promoter to fly us in. HoB would be possible I guess, but we've never gotten any offers from that area. Martin is the history nut in the band, I'm sure he knows much more about it than I do...

Thank you very much Ed! If there's anything you would like to add at the end of this conversation please feel free to do it and share your last thoughts for the readers...

- You're welcome, hope it makes a fun read! 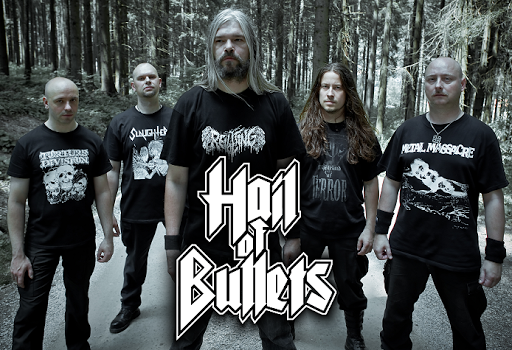