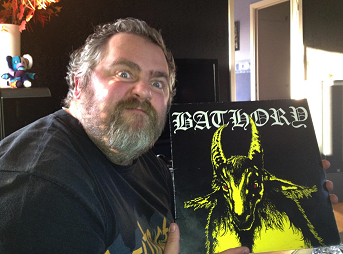 Greetings Lars! How are you lately? As I know you are working as a producer/engineer and technician at the Abyss studio? So what are you working on actually?

- Hey man and thx for showing interest in an old chap like me. I am not working in the studio, haven't done that for the last couple of 10 years or so. Now I'm driving crazy people to mental institutions. That's my job. And I love it, hehehihahohohooo.

When did you start to play on drums/guitar? As far as I know your first band was EPITAPH and you recorded a great Thrash Metal album called "Tranquillity" back in 1992. Tell us please about EPITAPH's current activity and plans for the near future!

- I started playing the drums when I was 13 in a punkband and then I started playing with Peter in a band called CONQUEST. After that I hooked up with EPITAPH and recorded that album in '91. Today we still play some EPITAPH, but just for fun. No big plans ahead.

You were a pillar member in HYPOCRISY between 1992 and 2004. What was the reason for you to leave the band? What are your favorite album(s) and song(s)?

- I got pretty sick of touring and they saw that. I was actually relieved when they told me that Horgh will join instead. Favorite album is with no doubt "Osculum Obscenum" and favorite track at the moment is "Until the End". 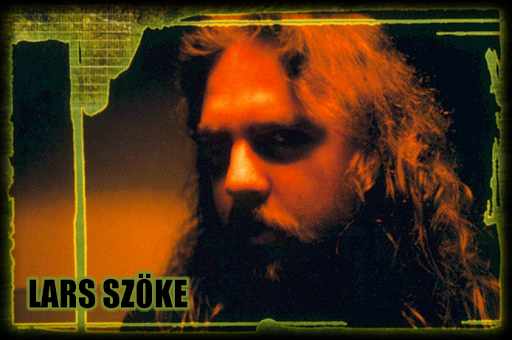 I suppose you are still in good connection with all your ex-bandmates? How often do you meet
each other? Maybe there's some funny story that happened to you recently and you want to share it with us...

- Yea we're good friends. I just met Peter in the studio while he was recording the new HYPO. I actually gave him a couple of riffs. We'll see, maybe it turns up as a bonustrack or something. Hopefully. That would be fun. Alongside HYPOCRISY with Peter and Mikael you were recorded two killer Black Metal albums under the name of THE ABYSS (these records for me are still one of the greatest Black Metal releases of the 90s). Whose idea was to form THE ABYSS and how do you remember those times and processes of recordings? By the way, on "The Other Side" you played guitars and did killer vocals. Do you remember in which tracks you vocalized?

- THE ABYSS is absolutely my favorite project. As I recall it we were like jamming with me on gits and Peter on drums and we just came up with the most evil riff after another so we decided to release it. I have no idea where I sing. All I know is that I play gits on both albums.

You also played drums on WAR's "We Are War" album in 1999. Do you satisfied with that album and the way it sounds? How was to cover SODOM's famous "Bombenhagel" track? Do any memories left from those studio sessions?

- No not at all. It wasn't even supposed to be released according to that Blackmoon-dude. The cover of SODOM is the only decent thing on that album. But the first WAR album with Peter on drums is pure genius.

Are you following these days the Death/Black Metal scene in Sweden? Would you be so kind to recommend us some great newcomer bands?

You have a Hungarian surname. Do you speak Hungarian? Have you ever been to Hungary as a tourist? If so, what is your opinion about Hungarian kitchen and Hungarian drinks?
- Don't speak Hungarian that good, but I do understand it. My kitchen here is totally dedicated to the Hungarian kitchen. Paradicsomos káposzta, Pörkölt, Töltött paprika, Lecsó and Langos rules. And lots of Pálinka of course.
Can you please recommend to the readers some Swedish food and drink?
- Meatballs and Hembränt.
Name us your all-time favorite LPs? Do you have any special hobbies?
- Hobbies: shreddin gits, drinkin beer, playin xbox, touching my gf in inappropriate ways. Fav albums: BATHORY - "The Return" and "s/t", DESTRUCTION - "Infernal Overkill", VENOM - "Black Metal", SLAAAAAYYYYEEEERRR.
Tack så mycket Lars for your answers. Send us your last thoughts from the abyss...
- Check out the new HYPO. I've heard it all and it's brilliant. Cheers! 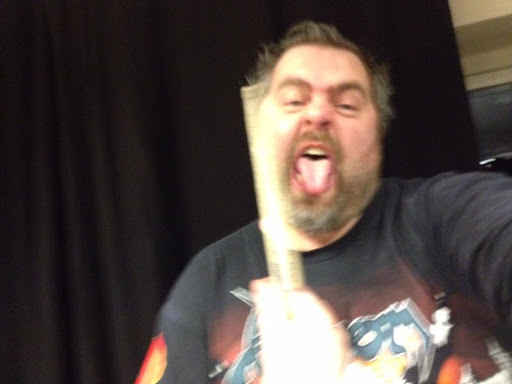