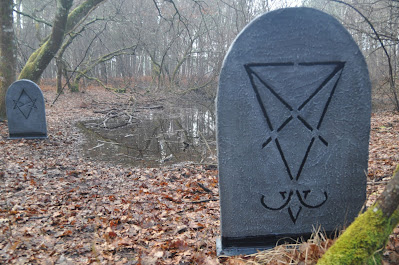 Hail Julien, it’s nice to talk with you again! First of all let me to congratulate for your new album called “Summoning the Putrid”, I’ve enjoyed a lot all the tracks. Would you be so kind to share all the important information about the song-writing process, artwork of new Iron Flesh LP? Tell us in your own words “Summoning the Putrid” track by track please.
- Thanks for your support and congrats, this album is the result of 2 years of hard work.
I have started writing it during the promotional part of «Forged faith bleeding» so it was a bit tricky to be on both sides.
Songs are slightly different, my writing style has evolved, perhaps more "in your face" and melodic/doom on this one.
We went into an other studio, so it’ s also really different on the production.
For the artwork it’ s the result of a great collaboration of Skadvaldur who did all the main artwork.
He did an amazing job, people are still sending me messages saying how great is the artwork!
Then Ars Goetia Design did the colour side of the artwork which was the final touch giving this beautiful result.
Servants of Oblivion: Perfect track to open an album with a slow intro, then turning a punk death blasting vibe with a catchy chorus.
Straight foward song with a solo of Sylver at the end of the song.
Relinquished Flesh: This song is a bit more groovy and rock n roll but yet keeping an intense blasting verse part.
Catchy chorus, really digging all the break parts with the final brutal blasting part.
Demonic Enn: Heaviest song on the album, wanted to try something different with the HM2, really satisfied with the result!
Purify Through Blasphemy: Typical heavy metal song with a thrashy/punk vibe.
One of my favorite, looking to play it live.
Cursed Beyond Death: A mix between Swedish melodic riffs influenced by Hypocrisy and more doomish vibes.
Death and the Reaper’s Scythe: Longest song on the album, doom and heavy at the same time, with a catchy chorus.
The outro is grandiose and melancolic at the same time.
Incursion of Evil: Melodic song with a thrashy/punk feel.
Straight foward, catchy chorus.
Thy Power Infinite: Fastest song on the album.
More influenced by old Dark Tranquillity .
Epic chorus and solo by Alex from Agressor on the last part.
Convicted Faith: Final song, like an ending chapter.
Probably sadest and most gloomy song I have written.
Dedicated to an old friend of mine.
Sounds like a funeral march, the end of mankind is near.
Your previous material “Forged Faith Bleeding” was released through French Epictural Production in 2019 but “Summoning the Putrid” via another label, French Great Dane Records. How did happen your new alliance?
- I am still in great terms with Epictural Production and open to work with the team again if things happened this way.
In 2019 we played a show in Lille with Skelethal and I was approached by Raph from GreatDane, we spoke about the new album, and he told me he wanted to produce it.
GreatDane Records is a well established label, and I have worked with them in the past in other projects .
They have a good promotion/distribution deal in Europe and even over.
It was a "premiere" for the band for be distributed over France, it won’t change things that much, but I am convinced that it’s the best way to export yourself over the boarders.
It takes years for a band to establish itself on the international plan, slowly but surely we are crowling out from our graves.
GreatDane was definitly the best possible signature we could expect for "Summoning the Putrid".
On “Thy Power Infinite” legendary Alex Colin-Tocquaine of Agressor played an amazing guitar solo.  Let’s talk about this awesome cooperation.
- Over the years I have done a lot of drum sessions as recording drummer but also as a live drummer.
Afew years back Alex contacted me to replace his live drummer, a dream came true as I played with a band I have always been fan of. Then he asked me a few more times to play with him live.
We started to be real friends since those days, he is a true legend, amazing person, composer and guitar player.
Since the first album we were speaking about him playing a exclusive solo on an Iron Flesh album.
This time for "Summoning the Putrid" due to pandemic our agendas were open, so he found time and composed an amazing solo for me.
I am so grateful for what he did. 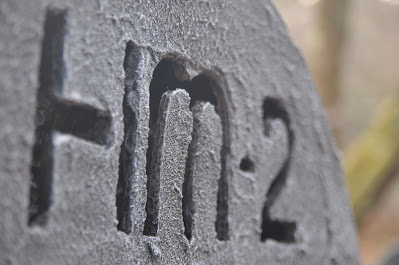 Iron Flesh released a live-album, namely “A Necro Dead One” in May, this year. What should we to know about it?
- "Summoning the Putrid" was supposed to be released during this period, but due to the pandemic and lockdown it was our decision to release it later in the year ( not knowing that the pandemic will last this long ).
I didn’t want to let the fans without new material and we had this multi track recording of a live show we did in 2019.
We thought it could be a nice gift to mix/master and release it on the streaming platforms.
"A Necro Dead One" is a turning point of the first era of the band.
We released 2 EPs and an album, and stepping foward with the new album, making the band, music, live performances evolve.
Because of the pandemia live performances of the bands practically were cancelled or postponed but as you said, Covid 19 did not stop your band and Iron Flesh played a great show in the end of October in Nantes.  Are there any of your thoughts about that concert?
- We planned shows even during the pandemic but they were all cancelled at the last minute...
Very unpleasant for the troops but we tried our best.
We had the possibility to rehearse a few time before the show in Nantes.
It was a special one as we played the set two times in front of different people who sat on chairs like in a cinema or a theater.
Not really my cup of tea but if this pandemic last for a certain period of time and if the only solution to play shows is to play in front sitting people at least the scene will survive, pubs, shows, festivals and many activities will work, not at full potential but it could be better than the actual situation where streaming/social network are the only way to make bands "exist".
What is the current situation with other bands where are you playing?
- I have recorded a session on drums for Ferriterium new album that will be released by the end of the year.
Except this session, 2020 was pretty calm for me regarding sessions.
Iron Flesh is growing and keep me busy so it’ s a not a bad thing if I focus myself only on one band.
You had a trip to Stockholm to see live Scandinavian Deathfest in 2019. What are your experiences?
- This is a dream that came true.
Finally seeing the great Dismember.
I have been waiting for 25 years or so. Also had the opportunity to exchange a few words with Matti who is the nicest man on earth.
Lik also was there as a last minute change in the line up.
It’ s a band I really dig lately.
4 planes in 2 days, almost no sleep but happy, and with the pandemic happening now it was probably the last occasion to see them before a long time.
Are there any new French hordes you could recommend to the readers?
- Skelethal and Cadaveric fumes are the bands i keep an eye on actually.
They are not really new comers but some of the best.
Necrowretch, Fall of Seraphs, Mercyless, The Last Tomb... 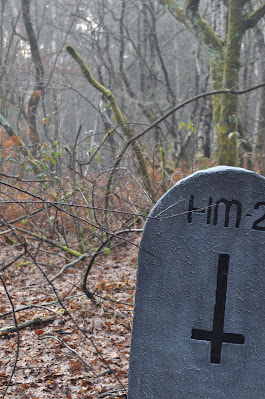 What are your favourite albums of this year so far?
Lik - Misanthropic Breed
Skelethal - Unveiling the Threshold
The Spirit - Cosmic Terror
Benighted - Obscene Repressed
Sodom - Genesis XIX
Are you having favourite French writers/books and actors/movies?
- I am really enjoying old movies with De funès or Depardieu even if French culture is not my favorite.
Regarding books I am more into Lovecraft than Albert Camus or Michel de Montaigne.
Merci beaucoup/Thanks a lot my friend, wish you all the best, I hope meet you personally in the near future! Send your message to complete this conversation.
- Thanks again for this great interview, and I hope we will meet somewhere on earth before final extinction ahahah.
Stay Necro!
Important links:
facebook.com/IronFlesh/
facebook.com/AgressorOfficialPage/
Iron Flesh YouTube:
youtube.com/user/harm0nia 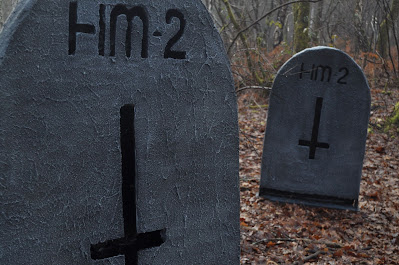