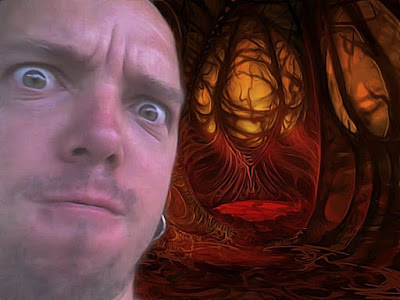 Hail my good old friend Olly you are very welcome to my small blog Archangel’s Lantern! When and how did you get introduced to metal underground? What was your very first metal release you bought? Which metal band did you see live for the first time?

As for my relationship with metal, my old good friend, Mr. Victor, who lived next door, he infected me with this music when I was 12-13 years old. Thanks to him, I also quickly got to know the underground scene, as he showed me a lot of foreign demos. My first metal record was Saxon - "Innocence Is No Excuse", which was completely audible on Hungarian radio at the time, and I diligently recorded it on a cassette. But what I also spent money on was Pokolgép - "Pokoli Színjáték", while my first concert was an Undertaking gig in the late ’80s.

When did you start to play the guitar? Which guitarists influenced you back in time and what are your favourite ones nowadays?

- I started playing guitar in 1991 when my friend Brutal came over to me with his bass guitar, which he got for Christmas. From then on, there was no question that we wanted to play music, and all I was left with was the guitar, ha-ha! But I already had a musical experience since I played the violin as a child. This is how I knew the operation of stringed instruments. Back then, grindcore was my favorite genre, so let’s say Mitch Harris had the biggest impact on me, ha-ha! But it is true that I have never been able to approach his quality… There are still plenty of good guitarists these days, for example, I even throw away my brain when I see some unknown musicians playing on Youtube.

Did you play before the Cerebral Haemorrhage in any hordes?

Cerebral Haemorrhage will celebrate its 30th anniversary this year if I’m not mistaken. Will you prepare something special release for old fans of your band?

- It would have been good to celebrate last year as well, as our only album, To All Hypocrites was 25 years old. But this fucking virus prevented joint planning with old friends, musicians. So for now, I can only hope that this year we can really celebrate in some form… 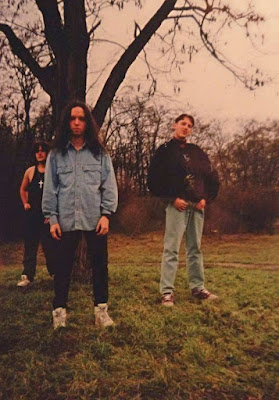 Share with the readers your memories about your past Death metal horde. What was the most successful live show of Cerebral Haemorrhage in 90s by the way? What was the main reason to quit activity the band in 1996?
- We had a concert and we couldn’t prepare properly for various reasons. We practiced a song with the drummer for the first time in the locker room right before the gig… But the biggest problem was that we weren’t sympathetic to the rural audience at all. And they probably didn't even know what shit the death metal is. So, we really ran out of the village club the way you used to see it in the movies. We ran in front with the instruments, behind us the enraged crowd like a horde of zombies, ha-ha! The most successful concert was in April 1995 at the Viking Club. We also really enjoyed it, the audience also felt great. I think it can be stated that in the spring and summer of 1995, the band was at the top. Too bad we then quickly fell into the deep because of some human disagreements. The LP was finished with the vocalist, but the sequel no longer had a reality.
How can you describe Hungarian metal underground of 90s? Which were your favourite bands from that era?
- Thanks to Mr. Victor, I mostly followed the events around Subject, as he was the band’s manager. I looked up at them, I wanted to be like the musicians in the band. In my opinion, their "Nihilistic Perspectives" demo still holds its place in the field of death metal releases around the world today. And through them, the music of Intense Agonizing and Life Discussion also easily reached me. It is worth searching for them, as they were among the pioneers of the Hungarian Death-Grind movement.
How and when did you join Hungarian Metal Hammer/HammerWorld back in the day? What are your most auspicious reviews and interviews you wrote/made it?
- I joined Hammer in late 1993, thanks to a complaint letter, ha-ha! I remember complaining to the editors, László Cselőtei and László Lénárd that there was too little death metal in the magazine. Well, a few days later Lénárd Laci called me on the phone and then gave me the opportunity to bring more death metal to the magazine, ha-ha! And for that I will be forever grateful to him! Anyway, I mostly write LP reviews for the newspaper, so it’s really a real curiosity that I did an interview with your best friend, Cornelius, many, many years ago. 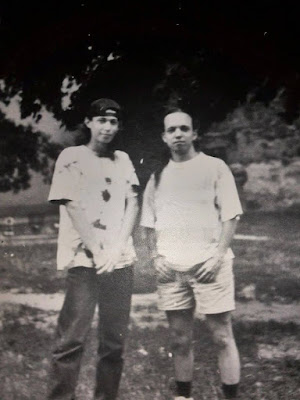 Your help and support for Castrum were and still are priceless. I’m so thankful for all of your reviews and clip-makings you did in 90s. I’m so curious what are your favourite Castrum-tracks? (from LP-s). What is your opinion about other band of my old mate Cornelius, called Unfocused?
- You may be surprised, but my favorite Castrum tracks aren’t to be found on LP-s. Since, I like "Gilles de Rais" (“Le bon sire”) and "Calvary of Grandier" songs the best, ha-ha! And why? Because I was able to make a video clip for both compositions, so it was inevitable that during the long work, the characteristic melodies would be drilled deep into my cerebral cortex. Knowing Cornelius' maximalism and professionalism, I was sure that he would be successful with Unfocused, and I look forward to what he will do with this line-up, which is still special today. 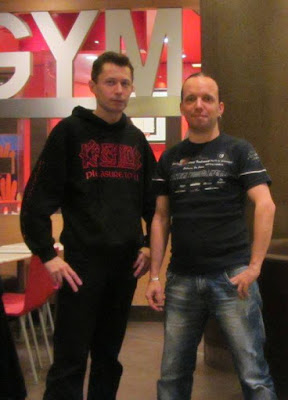 Name us your eternal top 10 bands and albums.
- This is a question that is impossible to answer, because if I was to list only ten, I would regret that another ten, twenty and thirty were left out. Fortunately, metal history is full of immortal LP-s. My number one favorite for me will always be Amorphis ("Tales" forever…), but I would always like to listen to Cannibal Corpse, Napalm Death, Dismember, Obituary, Morbid Angel, or among the new ones: Thy Art Is Murder, We Came As Romans. Everything can really come to me, depending on my mood.
You are working in Hungarian Television. Would you be so kind to tell more about your job?
- I used to work as an editor, especially on foreign policy shows. But I also had the opportunity to make music shows, not to mention my hobby, editing clips. I’m an ingest operator lately, which means I’m preparing the master clips for the editors. I needed a change a good ten years ago, so I really like this job now.
What are your favourite teams and players in football? (past and present)
- Only Juve! I used to love Újpest as well, but since then I have been disappointed with Hungarian football. This is how I remained in love with Juve, with whom I have sympathized since 1984.
Do you have any special hobbies by the way?
- A puppy, Teo. Would I be old? Ha-ha! Anyway, journalism has remained my number one hobby. It makes me happy to still be able to write LP reviews in Hammer and football news on juventushungary.hu.
I still remember your photo about our fictional zombie Death metal horde called Hellebral (and of course I’m so proud of that fact you put me on line-up). It would be really awesome to make some common noise in the future. What do you think? 😊
- That was really fun! It wouldn't be bad to have such a co-production! Nah, and then on Cerebral’s 30th birthday, Hellebral will be the special guest, with you behind the microphone! 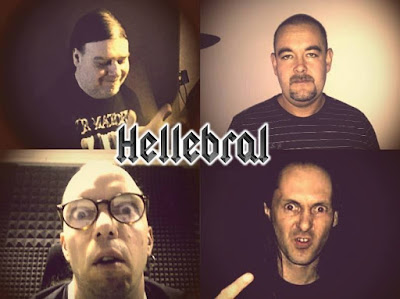 Nagyon szépen köszönöm/Thank you very much Olly for the interview, I’m so honored. Send your message in the end to complete our conversation, please.
I am honored to be on your blog. I look at the list of people you’ve interviewed before and I feel like a little person next to them. Great musicians, bands… So, thank you very much! And what do I say your readers? Everyone take care of themselves! We will be past this virus one day. And music helps us through the hard days. Especially if it sounds forever in our ears like the "Calvary of Grandier" to me, ha-ha! 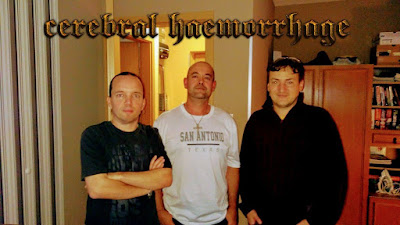