Jormundgand: Visions of the Past

Jormundgand: Visions of the Past

Tobias Fongelius, leader of Swedish Jormundgand told us with his own words all the important things about their first full-length, "Visions of the Past" 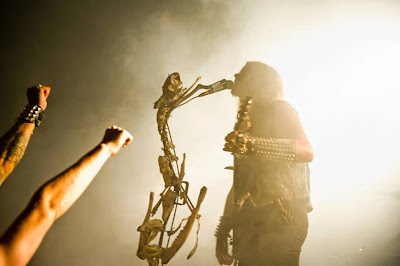 - Well this one is a quite unique song with musical influences from a lot of angels! We have a almost classic heavy metal intro that evolves itself to a more aggressive kind of song. Then it turns into a pure thrash/black metal crossover tune with the Blitzkrieg attack from old German thrash, old South American death and a feeling of the northern coldness! The song is a tribute to the Northern dragon of Chaos - Nidhögg. He´s (sometimes) the Norse aspect of the force of Alefpene `Ash, The Sword of Asmodeus who will at the end of this cosmic realm destroy the roots of the Tree of Life and let Ragnarök/Kaos strike with full force. Nidhögg is also called "The Malice Striker".

II. Sorath 666
- This is one of the songs that is total insane on the record! We felt that if we are going to introduce the mighty Sorath to people it must be forceful, Satanic, insane and with full attack! This song has changed a lot during the live-performances. The weird solo-part in the middle is now a heavy and dark doomy part instead, and the speaking, whispering, screaming part is changed to a more melodic structure. I don’t think that we will change the song and add the new things on this recording. What’s done is done. You have to come and see us live to hear the new parts!

- This is the oldest song on the album. I think it was finished back in 2010, but it didn’t worked so well with "Raping Corpse" and "The Eleventh Path". So we decided to add it to this album instead. I really like the intro on this one! It´s almost oriental in the sound, but still very "Nordic" and cold. The song is quite "ruff" and I think that we would have make it a little bit different today, but it work out fine anyway!

It´s a song about spiritual frustration, falsehood, life and illusions of life. The feeling that sometimes the only real, the only true in this bound world, is DEATH! Its about the longing and searching beyond the narrow-minded human psyche, the lost fires of life... To raise the dragon inside of you! To open the eye to the true world, to reach out your hand to the Darkness, and to enter..

- When Tobias Petterson (ex-Jormundgand, ex-Vornth, RAM), our former bass-player, first came to me with this song I was quite....surprised by the sound! He had recorded it in some music program with a drum-machine in his appartment many years ago, and it sounded like a total maniac that screamed over the tunes! First i wanted him to sing on this recording as well, but  i did it anyway. I think the result went quite well. Its more a "Jormundgand-sound" over it now, and that’s good! Haha!

The lyrics is based on an old weird horror-movie from 1977 - "Faces of Death".

- Well, this one is a special one for me! First we wanted to do a tribute-song to "East European Metal". But the song get it´s own will and kind of created itself! I remember that everything felt very weird about this song in the studio, and i decided that i didn´t want to have DDD on the record at all! But on the last day in the studio we decided to add it to the album anyway. So my relation to DDD is still quite difficult, but I´m really like it and I’m glad that we took the decision to add it to the album!

The lyric theme is about my disgust for all these fucking posers and "wannabees" out there. All this fucking narrow-minded assholes that start their own evil "Black Metal band" and screams out how big Satanists they are, how much they hate the humanity and want to kill everybody on the planet, drink their blood and sacrifice their pets to Lucifer! Well,  I have no problem with that, IF you are willing to do all that FOR REAL! If you are able to transfer your big words of Doom, Destruction and Death to reality, fine. Do it then and stop scream so fucking much!

Självet is a tribute to our inner beings. The power of the black burning Witchflame. The shadowless light that will guide us on the path of no return. Självet is Swedish for "The self".

VII. Beyond the Bound

- I think that the title of this song speaks for itself. I wrote this lyrics after one of my first "real" contacts with the other side. When you understand that everything is for real! When all of your last doubts just been swept away! When you can see that beyond this petty, bound world, there is something great and unlimited just waiting for you to explore it! When you realize that it´s up to you now. How far are you ready to go? Because you know that one day, you will stand on this crossroad, go further into the deep? Or stay on this shores and turn into.. well? Into what?

It may sound like an easy choice for everyone who walk the burning path of Sitra Ahra, but I think that it will be the most painful and hard battle you can imagine. Specially when you have a lot of "self-created chains" that holding you back to this world.. And that’s what "Beyond the Bound" is all about, to try to reach beyond this earthly shackles of false emotions, blood and flesh. Beyond the veils of illusions. The will to see beyond it, the things that bind you..... and to release yourself into the obscure paths, concealed in deep mysteries and of burning black darkness. 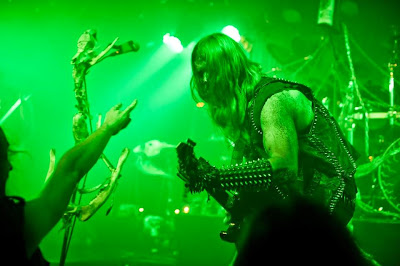 A short but important conversation with Tobbe:


Hail, my great friend, Tobbe! Please tell us about Jormundgand’s  last shows this year!
- Hail! Great to hear from you again! Well, as you said we have finally started to do live performances! And i think that it has been the most important step for us this far. We waited for such a long time because i didn’t felt comfortable with the band before. We had no clear picture of what we wanted to express on stage and why we should express it. I think that if you want to play black metal as an live act you have a great responsibility. It´s not just about music i think. I hate when black metal bands enter the stage with no respect for their music or the "scene". If there still is any... You know when a couple of drunk kids or whatever, painted with corpse-paint, pentagrams, inverted crosses and studs as long as spears on their arms, wearing jeans and converse shoes and throwing fake blood on the audience! Screaming out their "evil" lyrics and just making a fool of themselves!  And at the same time they eviscerate the whole scene while the masses laughing at everything that is called black metal.
For me Black metal is a true force! Something that is dangerous and malicious. Something pure in this unpure world, or unpure in a pure reality. It depends on how you look upon it. I think that deserves respect and dedication by its practitioners. 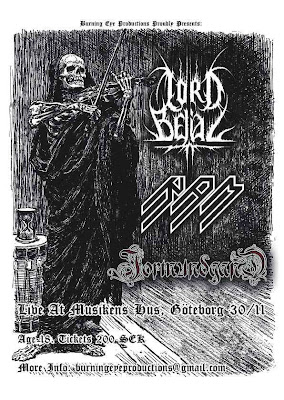 I’ve got from you Jormundgand full-length preview and I must say, it's an excellent work, one of my favourites last year. When and where do you plan to release "Visions of the Past?"
- Thank you Georgius! Well, we don’t know. The plan has been to release it through "Burning Eye Productions" but it wont happen. I don’t have the time or money. So we are looking for a label who want to release the material! But it´s very hard out there! We are many who wants a bite of the cookie! And the thing is that we have a different sound today since both Erik and Fredrik joined the band. And we have 5 new fresh songs that is soo fucking great, that everything else we have done seems light years behind! haha, so I think that we will put our forces together and try to record the new material later this year, and then try to get some label interested of our work after that. But I hope that there is some label who want to release "Visions of the Past" in the future! You never know!

What is the current line-up of Jormundgand? Do you have some new tracks? Share with us your future plans.
- The current lineup is:

Tobias Fongelius (me) - Guitar and vocals

Yes! The new tracks is the best we have done this far. It has a more mature sound and much more melodic parts and deliberate riffs! I really looking forward to record the new material! We will play three of the new songs live in November along with our brothers in Vornth and some other great bands! 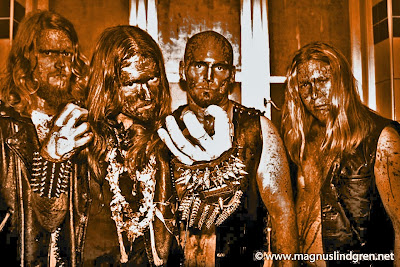 Archangel's Lantern  is Eternally dedicated to Jon Andreas Nödtveidt. Please share with the readers some thoughts  about Him!
- Jon Nödtveidt impact on me as an musician, and as an Satanist.... Well, where should I start? The first tune i ever heard with Dissection was "Where Dead Angel´s Lie", and from that moment on i was caught! The beautiful, freezing cold and sinister dark tunes that only Jon could compose is by far the most impressive, talented and inspiring music I´ve ever heard. Every single tune that he made with Dissection is just pure perfection. Like burning spears polished for slaughter, the music just pierced it´s way straight into my heart! There is some kind of "quality" in the music of Dissection that makes you able to listen to the albums again and again and again........ And you will never get tired of it! There is only a handful of bands that is able to create that kind of music, and Dissection is absolutely one of those bands! I have always been attracted by the dark gods of chaos. In one way or the other... Jon opened my eyes for a wider perspective. His words guided my mind to find the strength to search for other paths... To find keys... Away from my shallow grey world, and to search for the burning path, to find the great black abysmal ocean of the wrathful chaos! He was my first and most important key! The "eyeopener"! Well, i have said it before and now i will say it again, Jon is one of my great sources of inspiration, both musically and spiritually. His music is eternal perfection and his legacy shall never be forgotten! Hail Jon Nödtveidt! Hail the mighty dead! Hail the bloodline of fire!

Keep your eyes and ears open for Jormundgand! 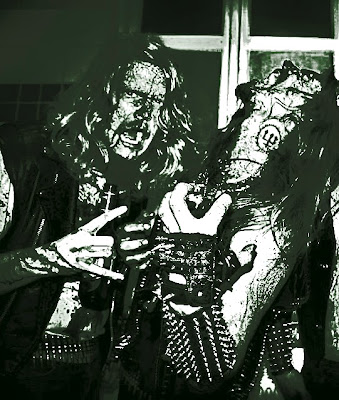