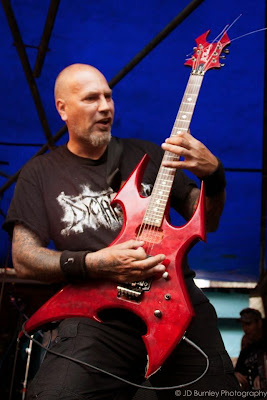 Hail A.J. van Drenth! Temple crushed the Death metal maniacs with an excellent album, called "Structures in Chaos" in 2012.
What are the latest news with Temple (new full-length, concerts, any future plans?

- I’m totally into writing a new album, recorded about 7 tracks now, so things coming close. There’s more black metal influences and some technical stuff, but all comes with blast-beats! On this point I just started writing lyrics. Hell man, It takes a lot of time to complete a whole album by myself. Besides that, our drummer Eric is touring the U.S. with Warfather this moment, so I think Eric is hitting the studio early next year. After that I can start record the vocal parts.  I'm already looking for a cd cover and title. I can give you some working titles for the new tracks like "3rd Degree Possession", "Shalom Elysium" and "Blessed Ritual Suicide". Some lyrics will deal about biblical events like the exodus, the ark of the covenant.
We just did one live show last year at the famous Stonehenge festival. I have no further plans for new shows because lack of time.

How many guest famous musicians have been on Temple’s debut? Please tell us about lyrical conceptualism of Temple also!
- There are just some small vocal parts by guests on the album, like Stephan from Hail of Bullets and Marloes of Izegrim. "Structures in Chaos" has no real concept but the lyrics are dark and vague, the way I like them. They talk about other lives in other worlds! I agree that I maybe used a bit too much vocalists. On the next album only Marloes will do some guest vocal parts. 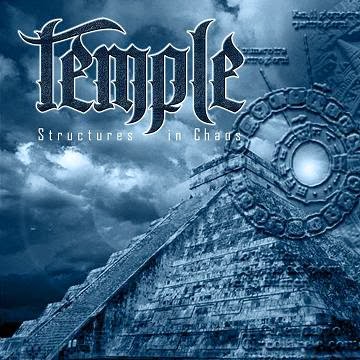 As far as I know, with Bob Bagchus (Soulburn/Grand Supreme Blood Court, ex-Asphyx) you had a death/doom band in ’90-s, called Throne. Please share with readers some information about that horde! Do you have any plans to release in the future Throne-demos? (it would be awesome!)
- Ages ago I used to play in the Dutch Doom/Death metal band BEYOND BELIEF. I was already a friend of Bob, we both wanted to do a project in the Messiah, Hellhammer, Slaughter style, so we wrote some tracks and recorded a rehearsal tape, which was received well in the underground, tape-traders scene, Bob and I where both intense tape-traders with people all over the world. Soon after the rehearsal tape we recorded the 4-track recording tape,“The Ultimate Blasphemy”.
The tape contains some real old school black metal. Maybe one day we’ll release the recording on CD. We have some far future plans to do something like Throne again!

You are playing in another awesome Dutch death/doom band, Extreme Cold Winter, with a lot of great Dutch musicians. Tell to the readers, please, all the important things about this horde!
- There’s just the three of us, Seth from Severe Torture on drums and Pim Blankenstein of Officium Triste on vocals and me on guitars and all the songwriting., this is also just an recording project. We recorded a 4 track MCD “Paradise Ends Here”, but it takes too long to being released, Ossuary Industries from the Texas area will release it soon I hope. The next, full length album is almost completely written, can’t wait to do the recordings.

Which Dutch hordes can you recommend to the readers?
- We do have a lot of Death Metal bands around here, in my area there is Apophys, a great new band with some well-known members. Also watch out for Neo Ceasar, a new band with old Sinister members, and there's Dictated,  they just released their album "The Deceived" through Metal Blade.

Do You have any hobbies? What are your favourite books and movies?
- The Bible! Which I studied and still do, for over decades, it's like an organic book, there's still new things to discover.In the past I used to read/practiced lots of occult stuff but I stepped out of that because the dangers which comes with it. I truly experienced the horrors of the dark side. Further I don't have much hobbies, I think writing music takes most of the time. Besides that I'll try to tour as much as possible, mostly as a driver/roadie. Did tours with Origin, Psycroptic, The Monolith Deathcult. Next tour will be with Funerus from US through Europe. Well, be touring also in Hungary, so hit me up if you can! I don't watch movies that much but to mention one it sure will be Gladiator!


What are your all time favourite albums?
- Messiah-Hymn to Abra Melin, Extreme Cold Weather, Asphyx - The Rack, Dissection-Storm of the Lights Bane, Reinkaos, Morbid Angel-Gateway's to Annihilation.

What is Your opinion about social networks and about downloads?
- Well, I don't like social networks at all but it can be useful, I'm not a person, who's online constantly but most of my contacts go through these social networks. Even I don't use social networking a lot, I only use this facebook net, which helped me a lot with organizing options in the music scene. I rather keep staying in the shadows. I have no problems with people who download the music, there's still a lot of people buying CD-s and lately vinyl, which is a good movement. 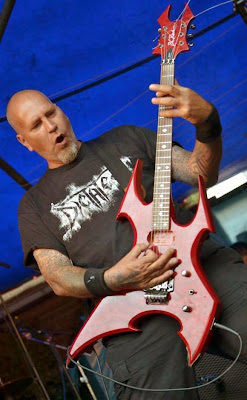