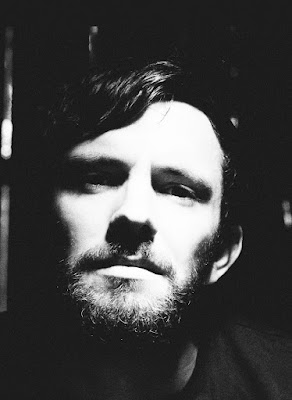 "So I just had my first exhibition, and I had though that it would be the same as walking onto the stage; the nervousness would go away as soon as I open the doors and let people in. But this was completely different, there was no filter between me and the crowd. I had to discuss with people about my art, had to explain why they left my head as a thought and come together as a painting on the papers.
But at the same time it was the most liberation thing. To see people, both friends and strangers look at what you have created and discussing about what they see in the colors and ink lines.
That feeling beats almost all other feelings.
I painted a lot when I was young, filled books with knights, monsters and swords and armours, we never played Dungeons & Dragons, we made our own games. But then job and adulthood came and I stopped painting for some reason. It wasn't until 2-3 years ago the lust for pencils came back.
Now it's part of everyday life." 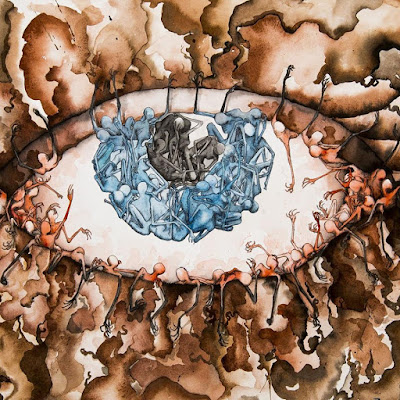 ”Eye See Them To”, 52x72cm
I wanted to make a drawing that would change depending on how far from the painting you stood. To make details pop as you came closer. As most of my painting, I use water color and ink. 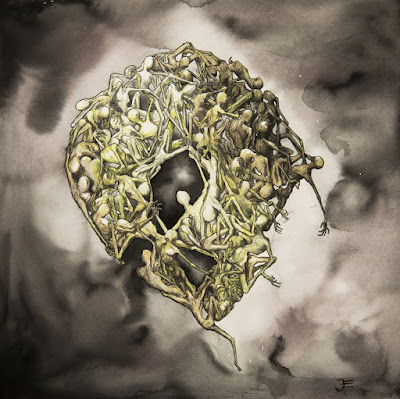 ”Man of Many Men”, 45x45cm
The same idea as ”Eye See Them To” but a bit darker. I wanted the creatures to bend, twist and lock into each other. This took a lot of time to finish, about 40-50 hours. 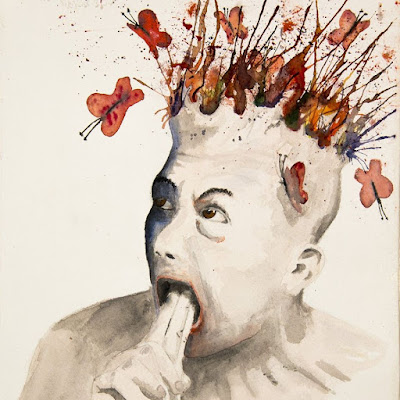 ”Self Redemptive”, 27x37cm
A self portrait that isn't as morbid as it looks. At least it wasn't my purpose when i drew it. Sometimes you just feel that you got so much inspiration and motivation that it feels like your head is going to explode. 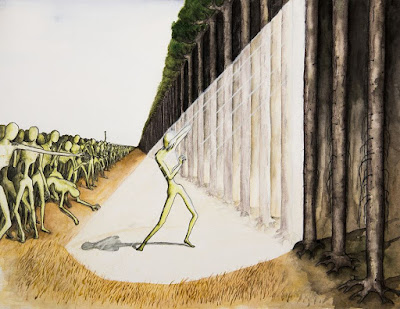 ”Two Armies”, 52x72cm
One of my first painting. Two armies lines up towards each other and one soldier daring to take a step towards something unknown. 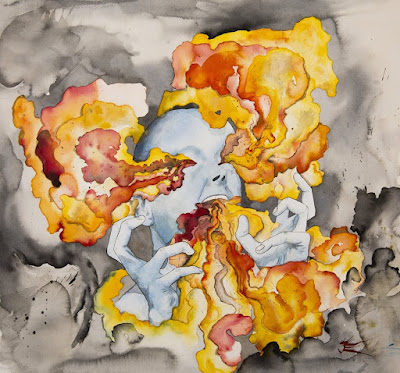 ”Compression Release”, 56x53cm
Another portrait, here I wanted to test a new technique, adding layers of colors to make the smoke, or flames. This one I like really much myself. 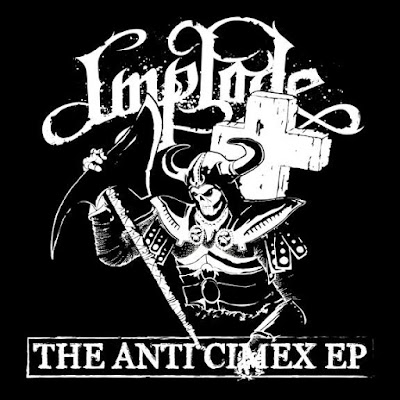 Cover for Implode - ”The Anti Cimex EP”
A cover for our coming EP, my first digital try. I bought a Wacom board and absolutely loved it. I will make more of these in the future. 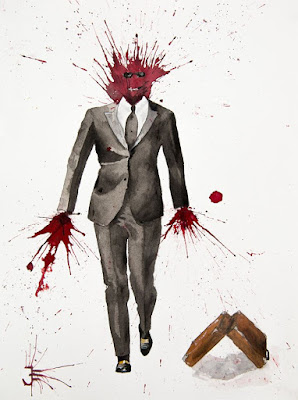 ”Freedom Order”
An idea I had, mostly to try a new technique where blew with a straw to make the splash effect. 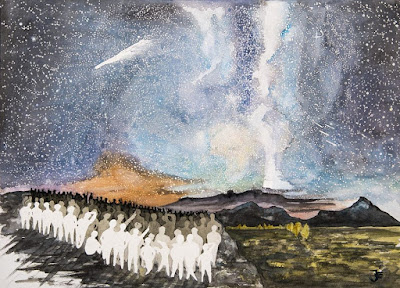 ”All Against Space”, 52x72cm
Another new technique I had to try, using masking fluid. You paint with this fluid, paint with water color and then scrub the dried fluid. Everything underneath will stay white.