English version of the Runemagick interview, done back in  31.I.2014. Interview with Nicklas Terror Rudolfsson, committed by Alister of Atmosfear. Originally published in Terroraiser magazine in Russian language, 2014. 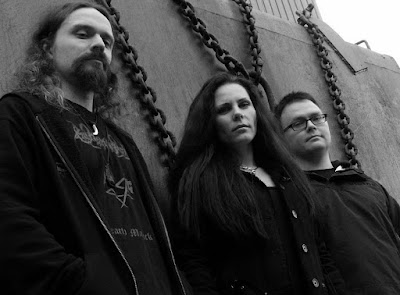 Hello Nicklas! Runemagick's last studio album was released in 2007, and since then there's no information about your band. The official website states that Runemagick is currently in dormant mode. What is happening with Runemagick, and when can we expect the band's return with a new album?
- The band is dormant because of many reasons. One of them was that we were extremely active with composing and recording during 2000-2006 and probably lost some inspiration after this. Then came many other things that obviously also affected. But right now it does not happen so much. There are some riffs and some early demos of songs but no more than that. Nor are there any concrete plans for rehearsals, recordings or live performances either. But we have not said that the final nail is put in the coffin yet.
We'll see what happens in the future. Maybe we should put a “low goal” first as a 7 "vinyl to make something happen.

Since 2005, Runemagick is not available for the concerts, just releasing studio albums. Why? Despite this fact, how often you get offers from promoters play a show? For example, at one time Grave, Asphyx and Obituary returned to the stage due to the constant interest of fans, as well as the offers to play concerts…
- We've never been particularly active in terms of live shows and as I recall it became some kind of decision that we record albums like projects, and then we will see what happens in the future. It became more of a project against the "end". It happens once a year we get requests to play live again. It would have been cool to do but right now it's hard to get it all together.

And still, why did you decided to turn the fulltime band into purely studio project?
- As I said earlier, it was just such a decision. It felt right then at that time.

Generally, if we follow the history of Runemagick, we can see that such a long breaks are common thing for you. Releasing the 1992 demo "Fullmoon Sodomy" about Runemagick nothing was heard until 1998, when was released debut album "The Supreme Force of  Eternity". What was the main reason for such a long break? Especially has given the follow intense discography.
- Runemagick was paused around 1993/94-1997, if I remember correctly. And the reason for this was the change in the lineup, moving, I jumped into the other bands in the meantime and so on.
There are demo recordings from 1993 and 1997, I am quite sure, anyway.

Did you felt more comfortable to work in a band, when Emma became your wife?
- We had already known each other for many years so there was nothing special about it in terms of playing together.

Which Runemagick album is your favorite and why?
- "Darkness, Death, Doom". I like the material and we had a really good time back then. Rehearsed and recorded with a good flow in the studio. According to me it felt like we were on top at that particular recording, and it was a good mix of heavy and mid-tempo. On later albums perhaps it was a little too much "jam" and heavy doom soundscapes hahaha.

Do not you think that after the music was written and recorded, it begins to live its own life? From this moment the music no longer belongs only to its creator. In this case, there is a completely new non-material dimension – parts of it are emotions, feelings, memories and associations. A musician from this viewpoint becomes a conductor of some kind of magic.
- It probably is. Any listener can experience different things and feelings out of control from the artist.


On the first albums Runemagick played a more traditional version of Swedish death metal. Of course, there was own atmosphere, but... But from album to album your music more slowed down, became more atmospheric and gloomy. Finally you come to a viscous sound at the intersection of death metal and doom. Describe the creative evolution of Runemagick.
- Somehow it became heavier and heavier. Why is hard to say. Maybe because you do not want to repeat too much. Some parts of the later music have its origins in jam and improvisation which then formed until more structural sections.

Unlike most death metal bands (already in the first albums) you chose a concept based on the mythology and the occult. Moreover, this concept can be traced both in lyrics and in sound – they are inextricably linked with each other. As for me, this theme is perfect for this kind of music. Nevertheless in Death metal it is not quite frequent phenomenon. Tell me why you decided to reveal in your works exactly this mood?

- Difficult to give a good answer but in short it was mostly meant to music and the lyrics together would fit together purely atmospheric. Then it's up to the listener to "see" their own world of it all.

Once you said the following: “I believe in supernatural dimensions and magick in the music of Runemagick”. So for you such a concept is exceptionally creative fiction, or is it somehow connected with your outlook and personal experiences, feelings?
- It's been awhile since I was inside the world of rune magic. But one can say that it is the combination of reality and unreality in the compositions. How you want to interpret this is as I said earlier up to the listener. Now that I think about it, maybe Runemagick was pretty "deep" after all. Now, the music lives on like dark shapes with different characters and play different forms of magic depending on what the listener paint. Fishy? haha

What is Death personally for you?
- Only death is real. 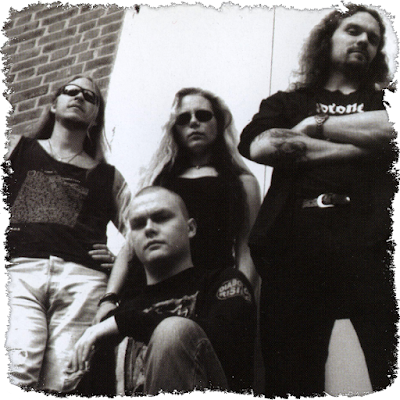 Years ago you was a drummer in Sacramentum. A great band, I must admit! But underrated, unfortunately. What was the main reason for the collapse of Sacramentum in the late 90s? I think you would be able to say much more...
- First I was asked to temporarily help with drums in Sacramentum. But after a while, I was asked to become a member and also began contributing music writing. If I remember correctly, I played drums for the last time with the band in 1999. Main reason was that I moved far from Gothenburg and was busy with other bands. Then I did a gig with Sacramentum in 2000 but then I played bass. The rest of the band continued a year after that. Then I do not know why the band stopped.

None of the band members had a desire to resurrect Sacramentum?
- Not that I know.

Through your participation in Runemagick and Sacramentum, as well as other projects in the early 90s you could touch the roots of death / black metal underground. Describe this very special time. What mood reigned in the underground in the early 90’s? Personally, I think it was one of the most unusual and creative periods in the history of metal.
- In the beginning there was tape trading, letters and flyers here and there. Trading demos and so on. Pretty big difference from now. Feels like it was magical, exciting and better at the time. Hard to say why. Not the same feeling now.


In a short period of time Peter Palmdahl of Dissection played in Runemagick. As far as I know, this fact angered Jon Nödtveidt. Can you tell more about this conflict?
- He was only on a few rehearsals as I remember it, therefore a short period in the band. Not aware that there would have been conflict about it.

In Runemagick you are the main composer, guitarist and vocalist, in Sacramentum you was a drummer. Where and how you acquired such extensive musical skills?
- When I was a kid I was hooked quickly for groups like Black Sabbath, Judas Priest and the like. Started with trying to imitate drums, getting the riff on an old guitar. I'm simply self-taught. Then I discovered harder and harder bands and began trying to play that kind of music. The first band I was in "Blöod" in the 80's was extremely off beat, out of tune and we could barely play but we had hard titles like "Boiled to Death" and so on… Then it just continued. You get better by playing alot. Sure, maybe I have some kind of talent, but I am certainly not as any true professional musicians. A mediocrity who like to make riffs maybe hahaha

How your child relates to your music? Is he proud of his father?
- I have three children. A teenager who probably thinks, my music is crap. A younger daughter, who likes Bolt Thrower and children's music. Then I have a little guy who does not know what music is, or he likes "music boxes".

Describe your musical preferences today. How much they changed over the years?
- I rarely discover any new music. Do not know why but somehow I'm still stuck in enjoying the music I listened to for 20-30 year-ago. Many albums from that era are still high class. And that it still sounds brutal. Obviously there’s new albums which I also listens to, but the old is as I said still good!

Well, I am very pleased with this interview, but it's time to finish. With what words you could express the inner essence of Runemagick, and let these words complete this interview.
- Do not really know what to say ... But I actually hope that there's something new with Runemagick but it may not or will not stressed up. Darkness Death Doom!
Mvh / Best regards
Niclas Rudolfsson 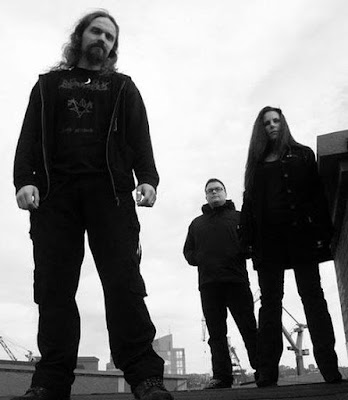