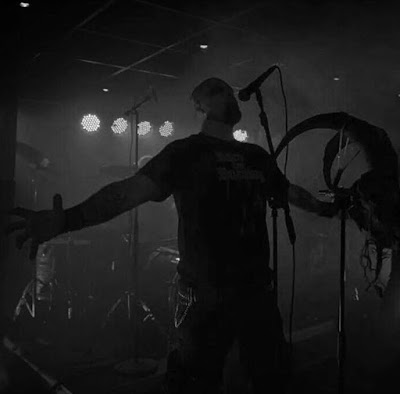 Hail brother Micke it has been a while and I’m so honoured to talk with you again on my small blog. Let’s start our conversation with Unanimated show, Scandinavia Deathfest, last week. Tell the readers your experiences please.
I’ve noticed that Set Teitan played with you in a few tracks as a guest. He would be invited to your live performances later then as well?
- Yeah, we had a blast at Scandinavian Deathfest in Stockholm, our hometown. Great crowd! And we had Set come up at the stage and play the last three songs, I think, with us. He did some gigs with us back in 2010 as well. We thought it would be cool to have three guitars at those last songs, so he did a guest appearance this time and we had a great time. We have nothing planned for the future with him for now, but who knows. I did have a terrible cold and was a little sick, and my voice was not at the best it usually is, but I pulled through.

I’m a big fan of Unanimated and Dismember also since early 90s. I saw some Dismember videos from Scandinavia Deathfest, the guys played a great old school set. What is your opinion about their 2 shows?
- Well, it was like traveling back to the 90’s to see those guys again. And they delivered more than anyone had expected I think, they put up a great show, and was the best at that festival for sure! And I hope they will keep on delivering Death!

How it happened Unanimated re-union a few years ago? I watched a video about your first live show after Unanimated re-united, it has been awesome for me to see you together again, Share some thoughts about it.
- We actually reunited 2007/2008, and then we recorded "In The Light Of Darkness". After that we just weren’t able to be as active as we wanted to. And still we are not as active as we want to; it’s just life that comes between, several of things that makes it hard for us to be out and touring for example. But we are working in the quiet, and writing material for the new album.

You released an awesome EP called “Annihilation” last year. How were the responses from fans and metal media? Do you have some plans to record a new Unanimated full length?
- Yes, the plan has always been to release a full length after that MLP-release. Also with re-releases with our three first albums. But things have been time consuming with legal rights and so on. But we are getting closer to our goals, and I believe that this year we will record our full length and hopefully re-release our first three. I thought the response after the "Annihilation" was great; it was just a pre-taste of what’s to come. It was not meant to take this long though, but we are working on it. You’ll see.. 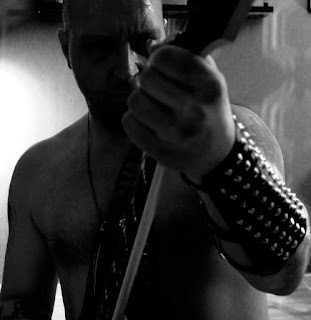 With your awesome horde Born For Burning you will release debut album “The Ritual” on the 25th of October through Swedish Critical Mass Recordings this year. I’ve listened to a lot of times those two tracks what your label put to YouTube namely “The Ritual” and “Master”, both of them awesome tracks. What should we know about Born For Burning line-up and recording process? Who is the main song-writer in Born For Burning?

- Yeah, the response for ”The Ritual” has been awesome all the way, much more than I ever have expected. But I am happy with it, and I am currently working on some new songs.
Well, the line-up is nor other than me actually. There has been some misunderstanding about the line-up. I had some live-session members back in 2014, for a gig with Primordial at Club Deströyer in Sweden. But that was it!
It has never been a ”band” in that sense.
It was and still is a one-man’s band, and I am the only member and songwriter. At least for now.
Maybe I will do shows later in the future, nothing is written in stone. But if I do, there will be other live-session members for sure. And if that will be the case, there will be more than just one gig. 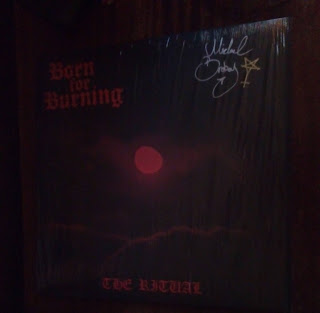 (an awesome gift from Micke Broberg, dedicated vinyl -GF)
I like a lot your another amazing band The 13th Passenger/The Demon’s Way and what I’ve written to you in our private conversations, your voice is very similar to old Ozzy Osbourne. Tell us more about your new tracks, “Black Miracle” and “The Way of Lucifer”.  It would be official changing the name from The 13th Passenger to The Demon’s Way?
- Well, it’s another solo-project where the music is not very metal, but still there are the occult and dark features involved, as in everything I do. I guess it is more Black Sabbath influenced music, and the challenge is of course with the vocals, where I really push myself to another level as a singer. The new songs are very different from the old ”The 13th Passenger” songs, so that is why I have changed the name of the project to ”The Demon’s Way”. I felt the changes, both as musically and as personally, had developed to something deeper than before. And felt natural to move on with a name more suitable to the music.

You are a multitalented musician and I’m a big follower of your brilliant Death/Black metal project, Daemonium Regni. Enlighten us about all the important details of that Infernal horde.
What I’ve listened to from you yet, all of them are just total awesomeness. It will be a full length in the near future?
- I would love to release a full length with Daemonium Regni, but labels today are hard to get to release albums as a solo-artist, on my behalf anyway. Someone said to me that my ”fan-base” isn’t big enough, so I don’t know. But I love to write music even if I never release it, and will keep doing it anyway, regardless. And everyone who has heard my songs enjoys them. But my new songs are much more deeper than before, I have better equipment these days, and a lot of possibilities have opened up my writing. The new songs have more purpose, and are more well-written, there is a thought behind it all, and that thought is not a nice warm thought. But it still sounds like Daemonium Regni. At this point, there are 6 new songs ready for vocals. And then we’ll see, I think I will start to release a 6-track demo official, maybe cassette. 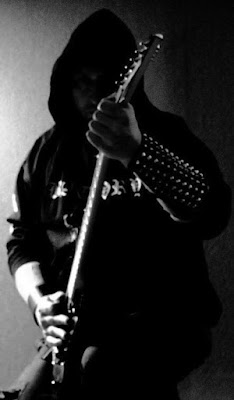 What is situation with Celestial Pain nowadays?
- Yeah, since there was no more Celestial Pain, and I felt I had more Thrash in My bones, i decided to start a project called "Massive Destruction". The name is taken from C.P.'s second demo "Hatred", from the title Massive Destruction.
Wich basically is a continuense Of Celestial Pain, The songs are very influenced by The German Thrash-scene from The late 80's and 90's. Its The same "combat Metal" sound as C.P. Someone wrote that in the 90's when we released our demos, in a review.
We'll see, many labels has showed me some interest to release a full lenght with Massive Destruction, we'll see what happens.

Enlighten the readers about your guest activity with Necrophobic, Thyrfing.
- Yeah, I did some guest-vocals with Necrophobic back in..A lot of years ago!
Can’t even remember what song it was, but it was on their first album with Atte ”The Nocturnal Silence”. ( Iam googling) Yes, the song was of course ”Father Of Creation”.
This is embarrassing, I know I did some guest-vocals with Thyrfing, but the memories are all just a blur. But I know I did. Have no idea which song or even what album. I have done some guest-vocals through the years, the latest was at The Pete Flesh Deathtrip ”Mortui Vivos Docent” album.

How did you remember Unanimated/Dissection common live show in 90s?
- Not much at all, the 90’s are all just a big memory loss basically! Haha
Much alcohol, drugs and violence. But we had a blast back in the day!
But I do remember when we played together at a small place called Kafé 44 in the early 90’s. I remember Jon as a nice guy and an awesome guitar-player, don’t really remember the gig though, and not even my own gig with Unanimated, too much free booze!

What are your current favourite bands from Swedish and Worldwide scene?
- My all-time favourite bands are all from the 80’s and 90’s. But, new and new (new for me that is, or for anyone that still are somehow still in the 90’s), one band that surprised me, was the Swedish Voodus and I like Mephorash very much as well. Not so very NEW bands, but great ones. 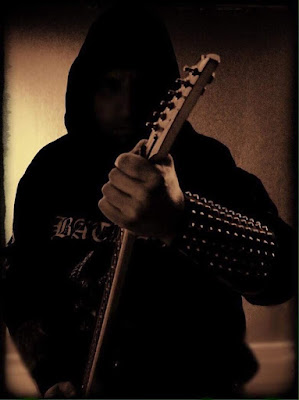 Tell the readers more about your newest Melodic Death Black project, called Contempt Of The Light, please.
- Yes, COTL is as you said. A melodic Black Death Metal project, with perhaps some resemblances to the scene from the 90's. I don't know what to call it, someone iam sure has a name for it. I am just writing the music.
I don't have a special goal or a purpose for this, its just something that comes from within.
I have a "teaser" on YouTube with short clips from 4 songs, I am currently writing more songs, for a full length. It was supposed to be a demo, But the writing just kept going, and the interest was great from some swedish and German labels.. 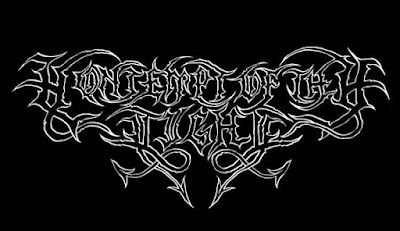 logo made by Tim Nordstedt
Tack själv brother it was awesome to talk with you again, wish you all the best with all of your brilliant bands. Send your message to the readers of Archangel’s Lantern in the end.
- Hail The Hordes!
Important links:
facebook.com/unanimatedofficial/ 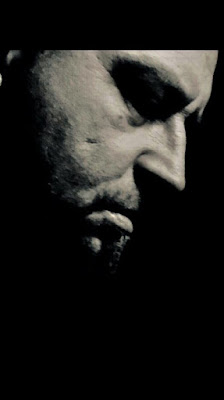