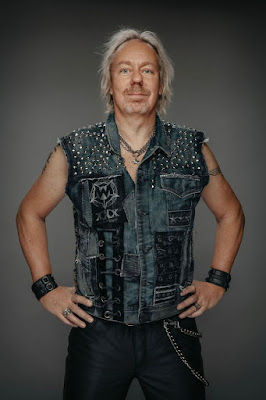 (picture by Mats Vassfjord)
Hello Ian, hope you are doing fine and very welcome to small blog. Let’s start with your latest news: Torch played release party on the 9th and 10th of October in Sweden (I couldn’t join live stream unfortunately on Friday evening because of my weak internet connection...)  How did you satisfied with the shows?
- Thank you! We’re very happy with the shows! Because of Covid-19 the maximum audience you can have in Sweden right now is 50 people. We thought it would feel strange, but the audience was wild so it felt like hundreds of people. It was great to play some of the new tracks live. We all had a great time.
I just listened to three tracks from your new album so far, namely “Collateral Damage”, “Cradle to the Grave” and “To the Devil His Due”. I must say all of them are excellent Heavy Metal hymns. Would you be so kind to share with the readers all the important information about “Reignited”? (song and lyric-writing process and recording). Do you have any plans to make a new video-clip by the way?

- Thanks! As you probably now we’ve been working on this album for quite a while. The process we use is that someone comes up with the “skeleton” to the song (riffs, chorus etc.). In the case of 'Reignited' I came up with most of the songs and Steve contributed two great songs. You then bring your idea to the band, and if they like it they start adding their bits. That’s what makes the Torch sound. Then Dan Dark adds a vocal melody, and I write the lyrics. There’s typically not a specific theme to our lyrics, they vary from our love of Heavy Metal ('Feed The Flame') to more serious subjects like what we’re doing to our planet ('To The Devil His Due'). We then recorded “old school”-style (amps and microphones, no plugs and loops). Once the recording was done we sent it over to Jacob Hansen who added his magic. We are planning to record a couple of videos. Stay tuned!

Brilliant cover artwork of “Reignited” was created by Thomas Holm (who made awesome works for Mercyful Fate, King Diamond, Denner/Shermann, Nifelheim  just mentioning a few), which absolutely fits to the music of Torch. How did you meet him?

- We were determined that we wanted a real painting for the cover, it’s much more interesting than something digitally created. We started looking at covers we liked and all agreed that “Don’t Break The Oath” by Mercyful Fate was a great cover. We contacted Thomas Holm and he was happy to work with us. We’re very happy with how the album cover turned out! 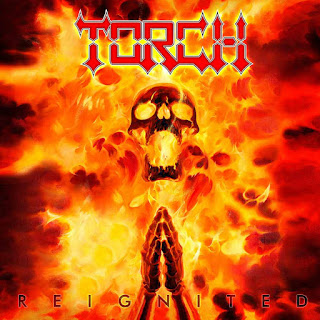 I’ve ‘met’ with notable Torch-music first time around in the end of 80s/early 90s, a good friend of mine gave me on a copy-tape of your debut album, what is still one of my favourite Heavy Metal releases from Sweden. How do you describe Swedish Heavy Metal-scene of 80s?

- It was interesting times. In the beginning of the 80s, no record label wanted a Heavy Metal Band. Then when NWOBHM came along they got interested. They got really interested when Europe started having success, and all of a sudden everyone wanted Heavy Metal bands. Europe really opened a lot of doors. They made a lot of people realize that a hard rock from Sweden could make it, and not only British or American bands.

Which musicians/bands inspired you in the beginning?

- We were all big fans of bands like Judas Priest, Accept, early Iron Maiden, Saxon and Ozzy. But we also liked bands that were more Hard Rock than Metal – Riot was one of our favorite bands. Personally, I’ve always been a big Aerosmith fan as well.

What show/tour was your most successful back in the day?

- Some of the highlights were to open up for Motörhead and to play the legendary Paradiso in Amsterdam.

When Torch was inactive, did you play in any bands?

- When Torch fell apart, I was totally fed up with the music business. I actually didn’t touch the bass for ten years. But I always felt something was missing. When I started thinking about reuniting Torch, I joined a couple of cover bands just to get the rust out of my system.

I know, it is a bit hard question but name us your 10 favourite albums/bands.

- Jeez! That’s tough! Without any ranking I would say that my favorite albums are:

Judas Priest – Unleashed In The East

Rush – All The Worlds A Stage

UFO – Strangers In The Night

Riot – Fire Down Under

It feels like I’ve forgotten a lot of great albums…..

What is your opinion about Central/Eastern European Heavy Metal scene?

- I don’t know too much about bands from Central/Eastern, but there seems to be a lot of Heavy Metal fans over there. We’d be more than happy to come and play if we’d get invited.

Do you have any special hobbies? What are your favourite writers/books?

- I guess my hobbies are pretty basic. Music is a large part of my life, so when I don’t play I love going to concerts and listening to music. I also enjoy travelling and good food and drinks. I read a lot, so it’s hard to pick a favorite writer. I tend to like books with psychos for some strange reason so I really like books like American Psycho by Bret Easton Ellis and The Silence Of The Lambs by Thomas Harris.

If I’m not mistaken you are from Eskilstuna. Would you be so kind to recommend me some interesting places and local foods/drinks to taste?

- He, He! Yes, I’m from Eskilstuna, but I’ve been living in Stockholm since 1987. Eskilstuna is an industrial town (we call it the Birmingham of Sweden), so don’t expect too many fancy restaurants. That said, there’s a lot of good junk food places and many places where you can find a decent priced beer. A friend of ours runs a Hard Rock/Heavy Metal club called Vainot in Eskilstuna. It’s a small but cool place. That’s where we usually end up when we’re out partying in Eskilstuna.

Tack så mycket/Thank you very much Ian, I’m so honoured, wish you and Torch all the best! Send please your message in the end of the interview.

- Your welcome! It’s been a pleasure. I’ll send your regards to the rest of the band! 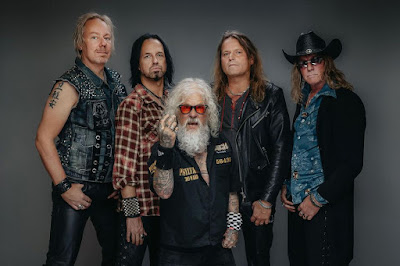