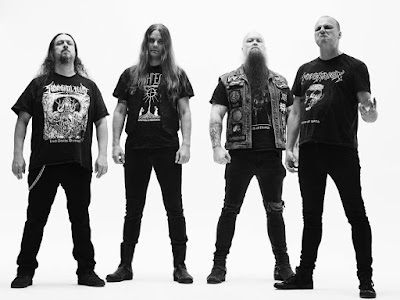 Hail Jonas hope you are doing fine and very welcome to Archangel’s Lantern again. Puteraeon released 2 excellent singles last time, namely “The Sleeping Dread” in August and “The Curse” in September. Both tracks are brilliant Swedish old-school Death metal pieces in my opinion as the videos as well. Tell the readers more about these releases and clip-making process. Who created the artwork anyways?
- Thank you very much! It’s an honour to be back! I’ve done the artwork for the singles, I just wanted something different as artwork for the singles than for the album. Not that I don’t like Juanjo’s cover-art for the album, cause it’s all I wanted and more. It’s just that I wanted the singles to differ. Wrong or right, I don’t know. Both songs are part of the concept album, surrounding  ”The Call of Cthulhu”. I think both songs represent the album good and have  ”lives” of their own. The videos for both songs are done by our guitarist Rune Foss who’s been doing our videos since the first album.
Puteraeon will unleash its fourth full length on the 13th of November this year. How went the recording process? Did you work in your own studio Hatecraft again? How do you satisfied with the result? (as the singles will be on ‘The Cthulhian Pulse: Call from the Dead City’ what I listened to so far, I must say, Swedish master Dan Swanö made an awesome job again with mixing and mastering)
- This time we took our time really doing our uttermost getting everything the way we wanted it. We learned not to be too optimistic with the timeframe which led to an easygoing recording. We are very happy with the outcome. This album is by far our best effort. As you say, Dan Swanö’s job is priceless. He’s really a master at producing this kind of music. We are very happy with his work and I think it really fits our music very good. It gives the songs that extra dimension.
The awesome artwork of ‘The Cthulhian Pulse: Call from the Dead City’ has been painted by Spanish artist, Juanjo Castellano. How did you meet him?
- Yes! It’s outstanding art. I never met him in real life, but we are friends on Facebook and I have been checking out his art for years. He’s done a lot of really cool stuff and he was really honored to do the artwork. I gave him the instructions of what I wanted on the cover and he did that only 100 times better. 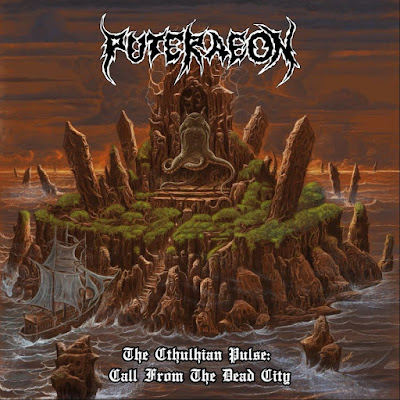 You told me a sorrowful trivia of a Puteraeon-song, “Into the watery grave”…(Rest In Peace your former guitarist, friend, Hans Sörensen (1975-2019). Would you be so kind to share your thoughts about it and some memories about him? (we are so sorry for your loss)
- Hasse was in the band in the early stage before the first album. He had moved away from the city and it was hard to rehearse frequent that’s one of several reasons he left the band. He was one of Daniels (bass) childhood friends and leaving the band did not change anything of that. He was one of those guys who none ever had anything bad to say about, and he never talked bad about anyone. He was a great guy to say the least. The whole band was at the funeral. It was both devastating and weird. The world lost a good guy. Anyway, I knew Hasse was in the hospital while starting to write   ”Into the Watery Grave”. I remember I was working on the middle part of the song when I got word about his passing. That was a hard blow. That is when this song got connected with Hasse. While recording the song I struggled getting it perfect and I said out aloud  ”Come on Hasse let’s do this” and I nailed it. The album is dedicated to the memory of Hasse.
Our latest conversation has happened almost 3 years ago and since then you released a killer EP “The Dunwich Damnation” in April, 2018. Enlighten us about the reception of that Puteraeon-material.
- The reception was good but I think we understood that if we wanted more coverage we had to get a bigger label. So in a way, both ”The Empires of Death” and ”The Dunwich Damnation” have been getting lots of less promotion than our albums have, but at the same time the reception has been all good I would say.
You’ve made a signing session in blood with Danish Mighty Music - which is a parental label of Emanzipation Productions (where will be released ‘The Cthulhian Pulse: Call from the Dead City’) in the end of August, 2019. How did you remember that event?
- Well it was not that big of a deal really. We decided that instead of just doing the usual thing we wanted to do something special of it. We signed for Mighty but Michael wanted to resurrect his old label and asked us if we could release it on Emanzipation instead, we said sure. 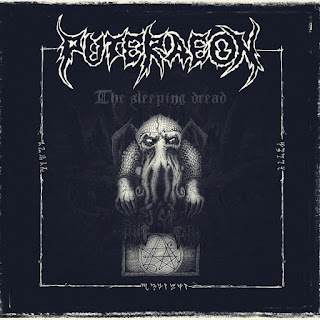 You have been invited as a guest vocalist to Rogga Johansson’s Megascavenger: “Boneyard Symphonies album in 2019. In which track(s) did you vocalize?

- I think this was recorded sometime around 2017 and I don’t remember what the name of the track was. It’s always fun to do these things though. I’ve actually had some other offers lately but I had to say no due to lack of time. But I hope I get to do some more of this guest stuff. Always fun.

Jonas, you are not just a talented musician/songwriter but in my opinion an awesome artist as well. Share with us some information about your artwork you made to Gods Forsaken band’s LP “In a Pitch Black Grave” (2017) and your cover art to Swedish Death metal horde, To Descend EP “People of the Abyss (2018)
- Anders Biazzi wanted me to do some artwork for each song, just my imagination of the song-title. So I just sat down and started drawing stuff that came to mind really. With To Descend it was a bit different. I had already done the logo and Rogga contacted me on a picture I had posted and asked if he could use it. So that one was done before but of course there was no problem and To Descend got that artwork. I still do some drawings but a little less last couple of months. Other things have taken up my time.
In 2021 will be the tenth anniversary of your first album “The Esoteric Order”. Will there be anything special plan for the celebration that? (Paco, Spain)
- Not really. We are still doing a couple of songs live from that album and I think that ”The Esoteric Order” is our best album apart from our new one.
There have been several movements in some mythical bands from the Swedish death metal scene through the years. How do you see the scene currently there in your country right now? (Paco)
- I think there are a lot of good bands with potential becoming even better. Not sure in what way styles will turn or anything but let’s wait and see.
Will the Spanish Death metal fans be lucky enough to be able to receive your visit with Puteraeon next year? (Paco)
- Well we would love that. But right now there are only 5 dates all in all booked and that is for Sweden, Denmark and Germany only. Also this corona shit, We shall see if those happen.
Thank you very much Jonas, we wish you all the best with Puteraeon. Your message to the readers from Chtulhian Pulse…

- Thank you guys so much for once again shedding your lanterns light on our band. Check out the album! Released on Emanzipation on Friday the 13th of November! The singles ”The sleeping dread” and ”The curse” are available right now. 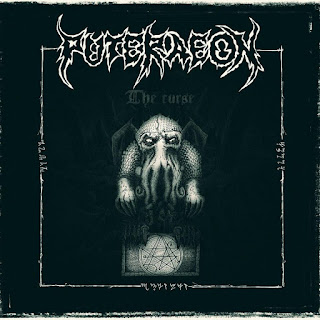