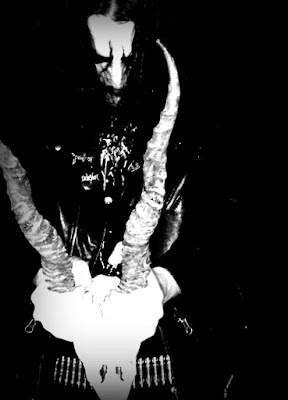 Hail brother, Infernal Commando Necromansy, Hellcome in Archangel’s Lantern! When and how did you enjoy extreme music? What bands influenced you in the beginnings? What was your very first band?
- First of all THANX  for your interest and support, Bro! I entered the Metal Realm around '83 with KISS, MAIDEN, JUDAS, etc... watching their videos from a local broadcast here in Argentina ....and in the extreme Path when I've found SLAYER, CELTIC FROST, EXODUS, DEATH, POSSESSED, SEPULTURA, etc.. my main influences  were  always  SLAYER, BATHORY, DEATH AND early SEPULTURA...when I've heard "BESTIAL DEVASTATION”  for the first time, I knew there's NO RETURN! HAILS!!  My first band was MY FIRST BAND WAS BAXAXA at early 90's.

As far as I know, You were a former member of an Argentinian black metal horde, called Baxaxa, as Necrostorm (vocals) in the middle of ’90-s.  Tell to the readers more about your past activity in this band!
- Yeah, I’ve been there for a couple of years. I sang and play drums with my partner Soulripper. We released a pro demo-tape in 1995 called "ERSCHEINUNGEN” via SOUTHERN HELLISH PROD...Then we disappeared from the scene when Soulripper left the band searching other musical PATHS...I’ve been frozen for almost 17 years from the scene for lack of partners to create what I’ve always wanted to create: BLACK METAL OF DEATH AND DESTRUCTION! Last year BLACK KAOS DESCENT released a pro tape COMPILATION with unreleased songs and demos from BAXAXA with a better booklet and stuff..REST IN HELL BAXAXA!

What should we know about your Black/Death metal horde, Morbosus? You’ve released an EP, ”Black Death Commando”  through Sons of Hell Prod. in 2014. What is the situation nowadays with the band? Any plans to record new stuff, live-shows in the near future?
- You're right. Luckily for us it's sold out! We recorded at the Fall of 2014 three songs for a demo but never released it. Nowadays we started to rehearse new stuff in order to record our full-length at the end of  2016. No plans for live shows in the near future. 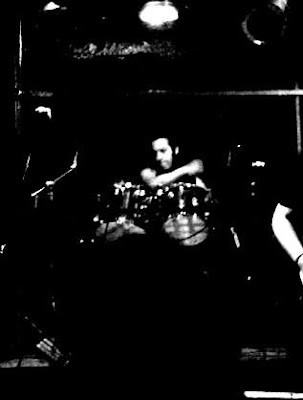 You are playing in another band, called Horda Profana, as vocalist. Share, please all the important information about this horde!
- That's right. We are about to release our first ASSAULT in a couple of weeks. We started the band with two close friends, with the INTENTIONS to play a REAL AND BLASPHEMOUS BLACK-DEATH QUOTING PROFANATICA, ACHERON, SARCÓFAGO, as main   INFLUENCES,  you know. The record it's a  RECORD IT’S a BLACK DEATH STRIKE with a firmly SOUTH-AMERICAN ROOTS. I’ll send you the stuff, when I've got it!! We play at live a  couple of shows, and in the near future we will record a mini EP to be released ending this year.

You played in a band, Morbid Frost, as a drummer. How were things in this band?
- Yeah, it's a band with a HELLHAMMER/FROST vibe..We recorded a 5 songs demo to be released, I hope, this year... we played only one show and then  the singer/bass-player was kicked out from the band..Now we put the band on hold.

Unfortunately I don’t know too much about the Argentinian underground scene. Would you be so kind as to tell us more about it?  Which bands are your recommendations from your land? What are the things with live-performances?
- Here the scene it's almost dead to be honest...Just a couple of bands raise the BANNER OF REAL BLASPHEMOUS BLACK METAL OF DEATH... Down here, to name a few: GEVURAHEL, ESPIRITISMO, MORTÍFERO, BLACK VUL DESTRUKTOR, GENUFLEXIÓN. There's little activity with live shows ...Here, less is better, you know. Worth a few bands to see on stage. 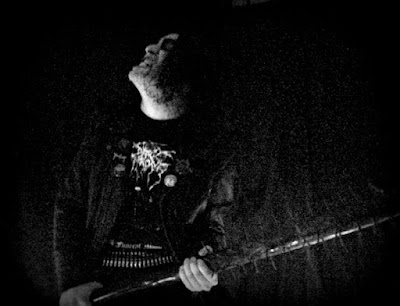 When did you start to play the drums? Do you have any favourite drummers? What are your favourite vocalists?
- I started on drums a few years ago (almost 4 years), so I'm a total rookie...I play with my guts, THERE’S NO OTHER WAY...I commit too many mistakes, but I don't really give a fuck! My fave VOKILLS of all times are QUORTHON and WAGNER ANTICHRIST,  and nowadays  I like a lot Drakh from KATHARSIS and Angelslayer from the Mighty ARCHGOAT!

Who has written and writes the lyrics in your past hordes and active ones? Did/do you have any special lyrical conception?
- I write all the lyrics..My main lyrical approach was always my DEEP HATE towards religion, especially the Christians...But I’ve had turned that direction upon other TERRITORIES such my profound contempt toward the human race and the certainty, that TOTAL ANNIHILATION it's near! 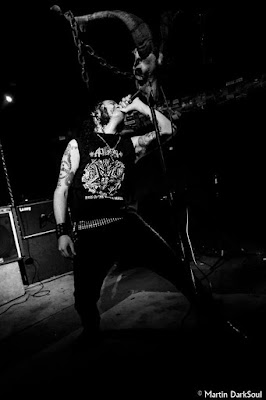 Argentina is a very nice country in my opinion. Any drink/food recommendations from your land?
- VINO TINTO Y ASADO (RED WINE AND BARBECUE...THE REAL ONE!)

Do you have any hobbies besides the music? What are your top favourite albums?
- I like football a lot, that's my fave thing aside the music.
This is my Top 10 records ever:
1.SHOW NO MERCY
2.KILL’EM ALL
3.DON’T BREAK THE OATH
4.SCREAMING FOR VENGEANCE
5.KILLERS
6.BESTIAL DEVASTATION
7.INRI
8. UNDER THE SIGN OF THE BLACK MARK
9.MORBID TALES
10.SCREAM BLOODY GORE

My small blog is eternally dedicated to Jon Nödtveidt. What is your opinion about him as a musician and person?


- HIS STAY IN THIS ROTTEN PLANET, PUT A MARK THAT TRANSCEND TIME AND SPACE. TOTAL RESPECT AND TOTAL GRATITUDE FOREVER TO HIM!

Have you ever been in Europe? If yes, share with us your experiences.
- I’ve been in  MUNICH for job, nothing really special ’cause I couldn't seen any bands.

Muchas gracias, brother! Send your thoughts to the readers of Archangel’s Lantern....
- First of all ETERNAL GRATITUDE to you, brother for the interest and fully support!

A few links for your interests: 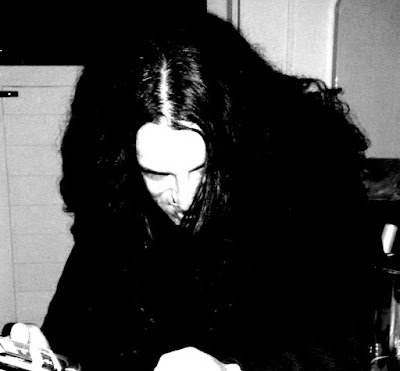