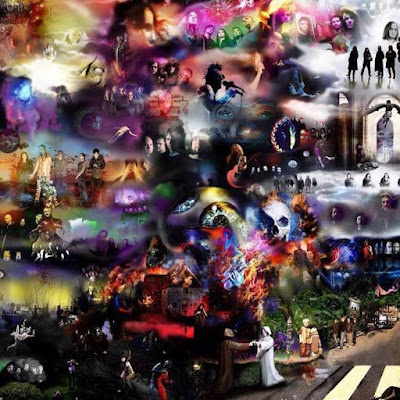 Hello my great Greek friends, Tzina and Konstantinos, you are very welcome in my small blog, called Archangel’s Lantern! When and how You did you get introduced to hard rock/heavy metal music? What was/were your first vinyl(s)/tape(s)? Which hard rock/metal-band did you see live for the first time?
Konstantinos: This is a long journey back in time mate!!! Well, I started listening to Heavy Metal since the mid 80’s (1986 to be more precise). I can recall listening to Kill ’em All (that was a cassette given by a friend of mine) and the rest is history!  I started collecting LP’s (and CD’s later on) and the first albums that I purchased were Reign In Blood, METALLICA’s first three albums and also XENTRIX’s and EVIL DEAD’s debut albums!! Back then I was more into Thrash Metal, but as time went on, I started discovering lots of bands from all Metal genres..
Regarding the gigs, I have seen SEPTIC FLESH & HORRIFIED in their early days when they were totally unknown. Later on, it was RUNNING WILD & RAGE in Thessaloniki,  IRON MAIDEN and in Melbourne in which I live since 2005, I have seen DREAM THEATER, QUEENSRYCHE, IRON MAIDEN & FIREWIND.

Tzina:  Ι have been influenced by my brother since the age of 10 who was listening to Hard Rock & Metal Music. My first albums were RAINBOW’s debut one and later on I purchased IRON MAIDEN and MANOWAR albums. Along with the bands that I mentioned, in the early 90’s I met ROTTING CHRIST, SEPTIC FLESH & NECROMANTIA members and we had endless discussions about music. Back then I was more into Black Metal bands (mainly Greek) such as NECROMANTIA & KAWIR. Gigs that I have attended to, were VENOM, EMPEROR, THEATER OF TRAGEDY, KAWIR, MANOWAR & ANGRA. I have seen THERION twice and I like this band a lot!

Now tell the readers, please, When did you create your facebook-group called Journey to the World of Metal Music?  Would you be so kind as to tell us all the important information about  Journey to the World of Metal Music?  What is your main goal with your excellent facebook-group? (Congratulations for the more than 20, 400 likes, putting on page, you really deserved it!)
- JOURNEY TO THE WORLD OF METAL MUSIC started as a radio show back in Greece in 1999!! It lasted for 5 years and I loved every second of it! When we passed to the Facebook era, I have made a decision to revive the old radio days by creating a group! This group exists since 2012, with me as an administrator and after a while Tzina joined as well.  We also created a page and currently we have more than 9.200 likes, therefore I would like to thank you for your support!!!

Did you write any reviews or do interviews with bands for magazines ever or played in a band?
- I haven’t done any interviews or reviews so far. The only thing that you could call a review is, when I present in my group the latest release of a band, or talking about an unknown group.

I’m always so glad when I see your music posts not only about well-known bands but about underrated or unknown bands for a lot of people.  Could you please name 5-10 of your favourite well-known and underrated bands and their albums?
Konstantinos: Thank you for that my friend!! I appreciate it! Favourite albums and bands.. This is a hard one, isn’t it? It’s more than 10 albums... Iron Maiden, The Number of the Beast, Piece Of Mind, Powerslave, Somewhere In Time, Seventh Son of a Seventh Son (IRON MAIDEN), Kill ’em All, Ride The Lightning, Master Of Puppets, ...and Justice for All (METALLICA), Reign In Blood, Show No Mercy, Hell Awaits (SLAYER), Heaven and Hell, Black Sabbath, Paranoid, Headless Cross (BLACK SABBATH), Images And Words (DREAM THEATER), No Place for Disgrace (FLOTSAM & JETSAM), Beneath The Remains and SO MANY MORE... It could take hours to write them all down. It’s really hard after 30 years of listening to Metal music to limit yourself that much. Just allow me to mention ADX (a great Speed/Thrash Metal band from France) and ROYAL HUNT as well (D.C Cooper era).

Tzina: With no hesitation, I would have said these ones: Heaven & Hell, Holy Diver, Fatherland, Killers, Blood On Ice, Spiritual Healing, Pleasure To Kill. After all these years, I try to listen as many bands as possible from all metal genres. Unknown bands that I like, were NECROMANTIA and they did influence lots of Greek Metal bands. 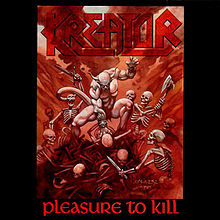 You have a chance to create  an All Stars metal group. What will be your line-up?
Konstantinos: Goodness me... All Star group? It’s impossible to put one singer or guitarist. So, I would say Bruce Dickinson-Ronnie James Dio on vocals, Cliff Burton & Steve Harris on bass guitar, Murray-Smith-Weikath & Hansen on guitars and Dave Lombardo-Neil Peart on drums... Needless to say that I could have mentioned more musicians.

What are your favourite album releases so far 2016 and this, 2017 year?
- The fact is that we had lots of very good releases in 2016. MEGADETH, TESTAMENT, SUMERLANDS, VEKTOR, HIGH SPIRITS, INSOMNIUM, BE’LAKOR ... these are some bands that released very good albums.
1. ACCEPT The Rise of Chaos, 2.THRESHOLD Legend Of The Shires, 3.OVERKILL The Grinding Wheel, 4.SEPTIC FLESH Codex Omega, 5.WOLFHEART Tyhjyys. (this year, 2017)

What are your favourite books and movies? (Especially from Greek literature, mythology, culture, history)
Konstantinos: Well, I like history but I am not limited to Greek history. I try to read as many books as I can from all around the world when it comes to history or culture. I can say (with no hesitation) that a few of my favourite books are Tolstoy’s War And Peace, Dostoevsky’s The Brothers Karamazov, The Idiot, The Gambler, White Nights etc... 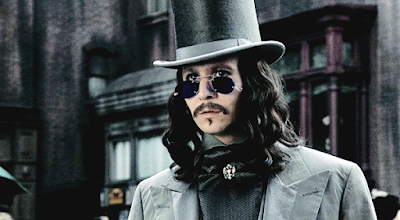 What is your everyday job? Do you have any special hobbies besides listening to music?
Konstantinos: The main hobby apart from listening to music is reading. Those two interests consume all my time. When it comes to job, I am a primary school teacher and a Greek-English Interpreter which means that I keep myself very busy.

Tzina: Reading and tennis with no second thoughts!

Would you be so kind tell us briefly about Greece and Konstantinos, about Australia? What are your food, drink recommendations?
- Both countries are very beautiful and they have lots of things to offer. Greece has to offer history, amazing places, food and lots of different traditions and customs from the North to the South and from West to the East. Australia, on the other hand is the Land of the extremes. That’s why is such an amazing country. When it comes to cuisine, I am still very Mediterranean (Greek and Italian dishes are my favourite). As years go by though, I like other cuisines as well such as Spanish and Mexican. And believe me mate, there are lots of amazing food to discover!!

Perhaps You know, as my blog  dedicated  to memory of Jon Nödtveidt (Dissection) alongside my dear bride (R.I.P.2010)...Do You have a few favourite Dissection-tracks?
- Yes, we do mate! It’s no secret that you love this band very much! I would say that DISSECTION is a great band indeed!!  No doubt about it! Favourite tracks? Well, I would say A Land Forlorn, In The Cold Winds of Nowhere,  Thorns Of Crimson Death, Where Dead Angels Lie, Storm of the Light’s Bane etc. 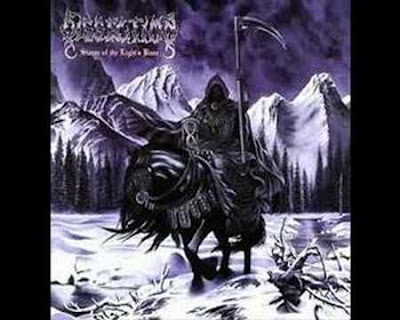 Thanks you very much/ευχαριστώ πολύ my great friends.. Send please your message to the readers of my humble blog......

- Παρακαλώ φίλε μου/You are welcome my friend! We would like to thank you for giving us the opportunity to talk about our favourite music, our Facebook group & page and our message to all of you is to… KEEP THE METAL SPIRIT ALIVE!! 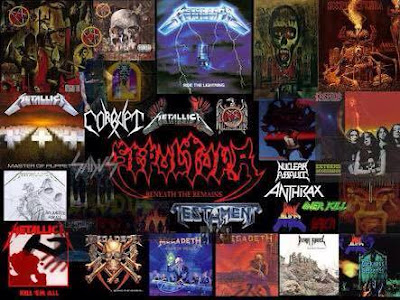