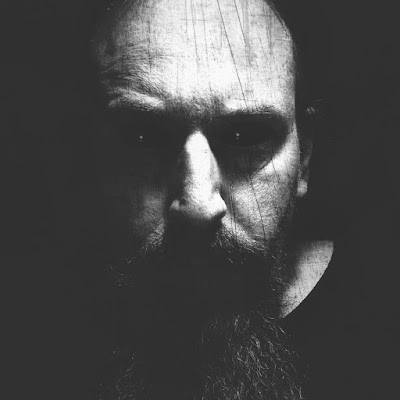 Hail brother Chris you are very welcome to my own Helvete. How and when did you join heavy metal underground?  What was your very first tape/vinyl of extreme music? Which band(s) did you see live for the first time?

- Thanks för helvete bror!
Well, I eased in from synthmusic to Vixen and a month later I was a Morbid Angel afficiniado. It was a swift conversion into the dark arts; hook, line and god damn sinker. I was friends with Tobbe from Underground Records who released the first albums with Sorcery and Centinex, he imported all the good stuff so I had a steady stream of vinyl goodness as far as deathmetal, grindcore and hardcore goes. My first tape was probably local weirdos Melissa, which I later on shared rehearsalroom with. Good times. My first deathmetalshow was Obituary when they played Pumpehuset in Copenhagen following the release of Cause Of Death.

When did you start to play the musical instruments? I’ve listened to your two one-man bands and I must say I’ve been so impressed what you created. Which musicians influenced you in the beginning?
- I started playing drums when I was about 16, in 1988. The first Death albums were stapels of inspiration to my drumplaying, varieties of "the skank" is forever entrenched in my bones. I still love that drive, some fierce staccato or tritone tremolopicking with that and you are good to go; I use it alot in my music today. I finally quit playing drums in 2000 when Odeum broke up. By that time I had started writing a little bit on guitar, an instrument I have been playing on and off during my adult life. But I was always a composer rather than a technician and that is still the case. I like guitarists like Robby Krieger, Zappa and Guthrie Govan. Don't really care for the typical shredders of metal, it gets boring. 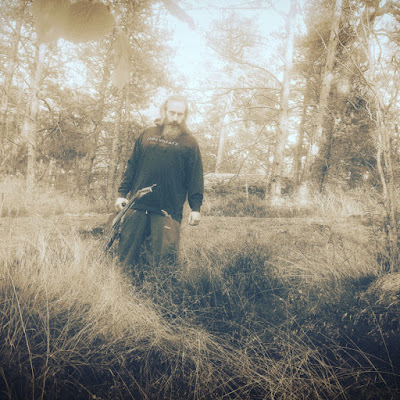 According to your post I’ve been informed about your past Death metal horde, called Odeum from Hässleholm. Enlighten the readers please about Odeum.
- Me and my childhood friend Henrik started this band together with two other friends sometime in 1996 i believe. We drank alot of moonshine and played a lot of Deathmetal during those 3-4 years we were active. Did two demos and that was that. Awesome years.

When did you establish your brilliant old school Swedish Death metal one-man-band Unchristian Christian? (very creative name) Let us know the whole story and your releases.
- Well, in January of 2018 I initiated Eigenstate Zero which was meant as a melodeath thing but since I am incredibly productive I wrote a lot of oldschool riffs as well so I figured I'd put something together. I was stuck in mixing EZ and it fucked with my head. The plan was to give myself 7 days to write, record and release 3 tunes of oldschool deathmetal just to get a break from EZ. And that was "The Ballads Of Baphomet" which I released in August of 2018. I have released one tune a month in 2019 up until September, but I recently ran out of steam due to the Eigenstate Zero album and life in general. Still have 8-9 solid unchristian tunes, it's just a matter of time and motivation to finish them. Right now I am in full progmode writing and recording new EZ-material.

You have another great one-man band namely Eigenstate Zero. What I’ve listened to yet, awesome job as well. Share with us all the important particulars about this.
- This is my main project. Started as a melodeath thing but has since developed into fairly eclectic music. My coming album will showcase some of this. The newly written stuff is plain weird though. I would like to print the next album on vinyl, that would be a dream come true. If no label shows interest I will have to do it myself, but it's a matter of money. 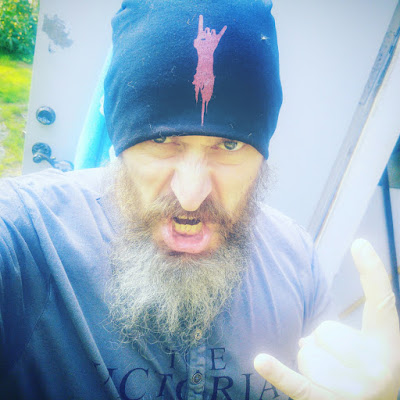 I saw you like a lot to cook. What are your favourite recipes? Would you be so kind to recommend some local Swedish foods and drinks?
- I have not used a recipe in my entire life, I don't operate like that. I just have fun with it, it's a creative thing. I would recommend elk meatballs, lingonberries with honey/pineshoots, rootvegetable mash and a chantarelle sauce. I would drink a californian Pinot Noir to that. Or milk. Cowmilk.

You are from Hässelby. Tell us more about your hometown (I know, that you are living in Stockholm nowadays) and Stockholm as well Recommend me some interesting places to visit then.
- I am from Hässleholm in south of Sweden. It's just your ordinary midsized town. I moved to Norrland (up north) in 2009 to study photography and then ended up in Stockholm in 2016. Stockholm is a nice town to just travel around in, drink beer and watch people. But I'm mostly at home these days, after all, that's were my guitars are. Alot of the venues that had brutal music is now closing, it's an ongoing trend in Stockholm and it sucks. We will probably move on pretty soon.

What your hobby besides creating music? Name us your favourite books and movies.
- Well, I was heavy into photography and digital art but now music has taken over my life completely again. But yeah, wine, food and our dogs that's pretty much it. My favourite movie is Apocalypse Now. I don't read many books these days but I do enjoy a good rock biography every now and then. Hunter S Thompson and Charles Bukowski are very enjoyable reads though. Gonzo! 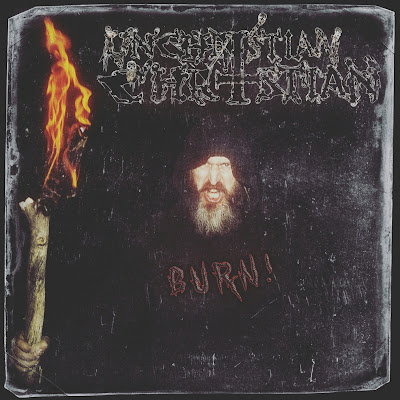 It’ s a bit hard I know but let’s try: what are your eternal favourite albums and tracks? (from big and underrated bands as well)
- Altars Of Madness is a special one for me, especially the opener track Immortal Rites, it blew my mind. The Gallery from Dark Tranquillity opened me up to the whole Gothenburg thing. But I am a huge fan of The Doors, LA Woman is an all time fave album. Zappa and Miles Davis, I am into all kinds of weird stuff.

Perhaps you know that my blog is dedicated for memory of Jon… Did you meet him in shows and if you having ones tell us your favourite albums/tracks from his heritage (not only from Dissection, but The Black, Terror, De Infernali)...
- To be honest, Jon, Dissection, I never listened much to him and them, I was never that into blackmetal so it went under my radar. It was all Floridian Deathmetal for me at the time when Dissection released their first albums. Listened to Reinkaos a few times this last month and I dig that, very heavy metal as it were.

Tack så mycket bror it was a pleasure to talk with you. Wish you all the best with your bands and hopefully we could meet personally in the near future  Send your Unchristian Christian message to the readers to complete our conversation.
- Thanks for your interest in my music brother, it's good to see someone still carrying the flag of the underground the way you do, reminds me of the good old tapetrading era. And to the readers, well, give my music a chance. Cheers! 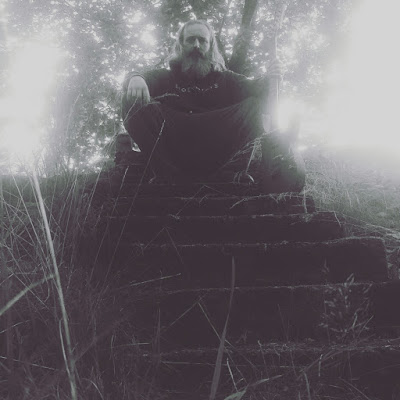