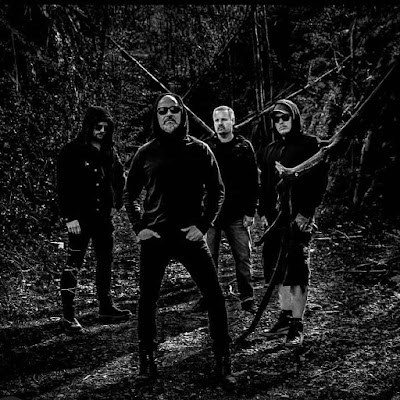 Hail Mefisto I’m so honored to ask you for my small underground blog. Let’s start with your awesome news: on Friday the 13th of September you will unleash the first single "Armageddon" from upcoming album. The song features Chaq Mol of Dark Funeral on solo guitar. I can’t wait to listen to it. Would you be so kind to share some thoughts about that awesome Infernal Alliance?
- The story behind that is simple. Chaq Mol supported our last album, he really liked it and he showed up to a small show we did in Stockholm last year. He was so supporting and we connected. Our manager Roger later asked Chaq Mol if he would like to do a solo on one of the songs on our new album and he said yes. It turned out so good that he did solos on two songs. The other song is very different and stands out on the album and the solo sounds really epic. It gives me goosebumps… Fantastic guitar work I can say.


How many tracks do you plan to put for the new album, what will be released later this fall?
- Eight songs. And when we present the title of the album, you will understand why… It is a kind of a concept album. 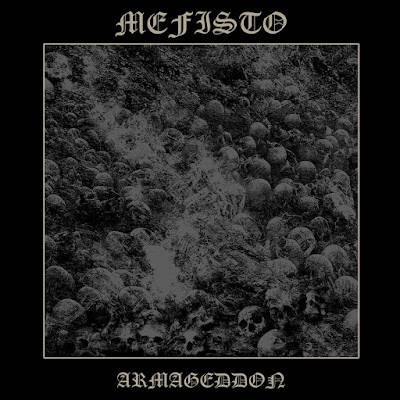 On Walpurgisnacht this year Mefisto unleashed Bathory's "Born For Burning", to fallen Quorthon. I must say, it’s very dark, forbidding cover, amazing job. What should we know about the recording process of that excellent one?
- A lot of bands have done Bathory covers. But I think the problem is that they tried to sound like the original. You can never do a song better than the original. But we decided to make it our own song. We wanted it to sound like Mefisto, Not Bathory. I was there in the beginning. And I did meet Quorthon and had the chance to hang out with him a few times. Quorthon actually supported Mefisto and I don’t know any other band he did support back then… He actually had us on his thank you list on one of the Bathory albums…


Your latest releases were Mefisto:Mefisto (full-length, 2017) and limited edition EP, called I in the Sky/Let Go of Life. What are the responses to these materials from the underground media and fans so far? (my favourite tracks are Death Angel, Draconia and of course Let Go of Life).
- The album got some good reviews. But as it is a underground album not a lot of people know about it. The spreading of it was not good enough. But most important, a lot of people in the business loves it. We got a lot of creed from other bands. As for example, Chaq Mol from Dark Funeral.


To “Let Go of Life” Lars Göran Petrov has put his killer old school Death metal voice.  How went the common work with Lars Göran? (I must say, the result is just brilliant with true sound of Mefisto)
- LG has supported us from day one. He always had Mefisto as one of his favourite bands. I always loved his voice and the trademark he created with Entombed. He and Mefisto goes way back… So having him on the album was very natural. He just had to sing on one of the songs… 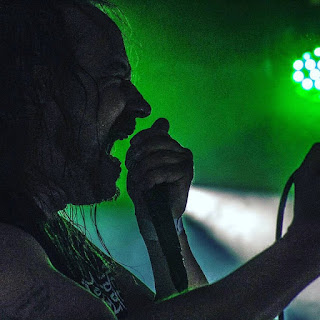 Roel with his amazing Dutch Vic Records re-released 2 legendary demos of Mefisto on CD, called “The Megalomania Puzzle” (May, 2014) and  Mefisto: 2.0.1.6: This Is the End of It All... the Beginning of Everything...full-length (February, 2016.). How and when did you meet Roel first time? I saw in Encycklopedea Metallum, that your current label is Vic Records again; maybe your new LP would be released through his label?
- Roel re-released our demos. Then we choose him for our „comeback” album. Unfortunately that album was made in a rush with Omar coming to Sweden (he lives in the US) It was not what I had in plan and Omar wrote almost everything. It is not a bad album. But it is not a Mefisto album the way I wanted it. It is just a good metal album. Mefisto is so much more than a metal band. I want our music to be really dark. I love the Darkness in music. It must have a Heaviness.... But he is a brilliant guitar player.

What are your plans for the live performances in the near future? How were your shows after Mefisto re-union?

- I did two shows after the reunion, with me behind the drums. But after that we kind of split up again. Then I decided to take over the vocals and write the songs together with Mogge. I really got back to the roots and we created the “new” Mefisto sound, the way I wanted it. Still true to the roots but fresh.


How was the Swedish Death/Thrash/Black metal scene, in your opinion, back in the day? How do you hit it off with the Swedish underground our times?
- There was no scene in -86. The Swedish Death metal scene exploded two years after we vanished. A lot of great band got their breakthrough, Entombed, Dismember among others… 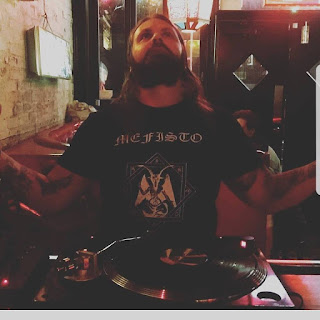 What are your favourite quotes? (from books)
-”Never hate your enemies, it affects your judgement.” Mario Puzo, The Godfather.

Quorthon and Pelle Dead both are Iconic personalities Worldwide. Would you be so kind to share some memorable moments about them?
- Quorthon had a meet and greet in a record shop in Stockholm - 87 where he posed with a Mefisto T-shirt. Never seen him do that with another band (except KISS).
- Pelle hang out in our rehearsal room. He was really strange at that time but also very true. He thought we needed to sound more Satanic and a year later when he had moved to Norway he did send a letter that his new band, Mayhem will not sound as lame as Mefisto… He he… 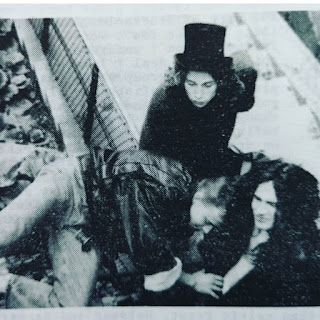 Tack så mycket/Thank you very much Mefisto. Send your devilish message to the readers of Archangel’s Lantern and Mefisto-fans at the end….
-Thanks for the support. We did put out two great demos back in -86. But trying to sound exactly the same and copy that sound today would be unfair. But still, I think you recognize the darkness in our sound even today.. Hail Satan! 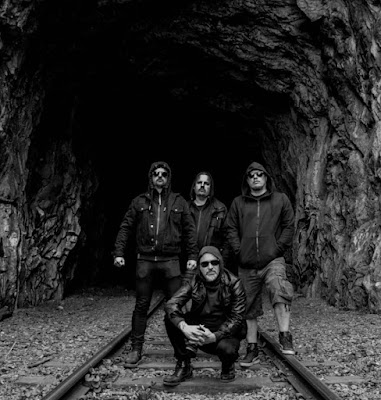