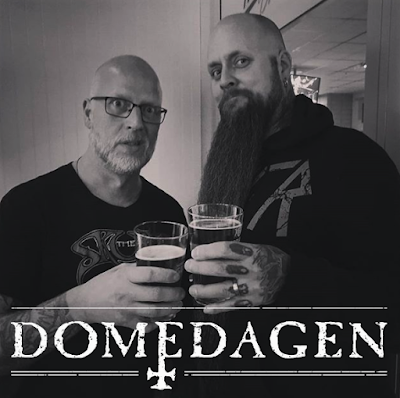 Hail Jörgen, hellcome to Archangel’s Lantern! Tell the readers the creation of your awesome Doom/Death metal band, called Domedagen. What I’ve listened to from you, I must say just brilliant massive and ominous pieces of Swedish Death/Doom metal. (my favourite track is “Left Here the Conqueror”)
J: It is a band that me and my friend Lord K started. We are both massive Candlemass fans and also both of us had the honours to play with Candlemass live on different occasions. So this is kinda our tribute to Candlemass. We had Domedagen in our minds for years but we never did anything with it. Until like a year ago, Lord K wrote a bunch of songs and we recorded them.


If I’m not mistaken Domedagen means in English Judgement Day, which is totally fits to your music. Who contrived the band name and drew the logo?
How it’s going the songwriting-process? Who writes the lyrics?
J: We had a bunch of names but we choosed Domedagen. Well, Lord K wrote all of it. Music and Lyrics. I did some arrangements and had some ideas that we used.


I’ve read on your official fb-page Domedagen will plan to do some live shows in the future. Who would join your forces then? (on drums). Is there purpose to record a Domedagen full-length later? What is the situation with Domedagen-merch? (it would be awesome).
J: We did think about it but it is just so damn hard to make arrangements when you get older. Everybody is on a different schedule with work, family etc etc haha. So we´ll see. 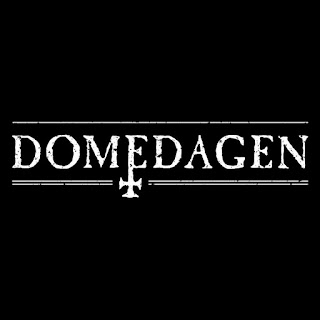 The Project Hate MCMXCIX celebrates its 20th Anniversary this year.
Grattis/my congratulations and best wishes to Lord K. Philipson and you! “Death Ritual Covenant” is the latest album of The Project Hate MCMXCIX, released in 2018. Would you be so kind to tell some thoughts about this album and future plans of The Project Hate MCMXCIX?
J: Thank you! 20 years is quiet a lot. Death Ritual Covenant was our 12th album I think and the one that I like the most. Lord K is really the one to speak with when it comes to TPH because that is solely his work. I am just an instrument that he needs to fulfill his compositions.  Right now we are waiting for the next donation experiment to come through so we can record the next album. Well, we have started to record some of it of course but it is far from finished.

How and when did you meet Kentha/Lord K.Philipson back in time? (I’ve just listened to a few days ago Leukemia:”Suck my Heaven”, where you played bass, awesome album)
J: He had a fanzine called Hypnosia I think and he wanted to interview Grave when Into the Grave was released. So he came to the legendary show in Stockholm in 92 where Carcass, Entombed, Grave and many other bands played and we had a great time. So when Leukemia was in town to record their Suck my heaven record I was in the studio and did some vocals, I did not play bass. Later when I left Grave in 95 I joined Leukemia and after that we have been in bands together for 24 years now. 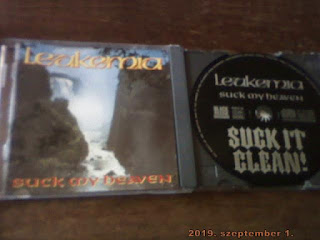 (Leukemia:Suck my Heaven, got from my old mate Cornelius as a birthday present this year -G)

I miss a lot Torture Division but I understand your decision. What are your favourite tracks from Torture Division? It is possible to order or buy old Torture Division-merchandising nowadays?
J: Torture Division was fun. We had a blast. But motivation and the creative part eventually faded out so we just said fuck it.  There is no TD merch left from us. But there might be some at Abyss rec or Punishment in Italy.. They both released cd´s.
We had a lot of songs that I really liked but I loved playing Invoking the knifer live. 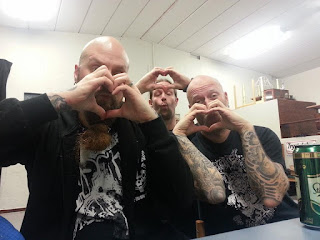 Grave: Soulless LP has its 25th this year. Official video, Soulless still is one my favourite clips from 90s. Share with us some memories about the clip-making process and the recording of this legendary album? What is your favourite stuff from Corpse/Putrefaction/Grave-era?
J: We were in Germany to record the video, we were about to head out on tour and our manager had set up this video shoot in an old factory. The director wanted it to look like the old Nosferatu movie by F W Murnau. So what I remember the most is the director and our manager arguing in German, Nein!! Das is nicht ein Murnau effect!. The clip turned out alright I guess but we never understood the thing being out in a cold factory all night freezing our asses of.  The album was recorded with Tomas Skogsberg and Fred Estby in Sunlight Studio. Lots of fun working there of course. But I don't remember much of it, it s been awhile. I don't have a favourite Grave era, those years were all gold to me. Being able to tour the world and record music with your best friends was unreal. 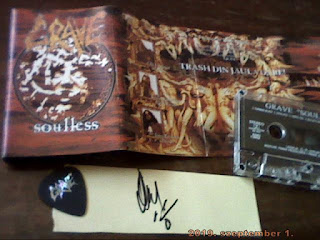 As I’m an old fan of Entombed, of course I like a lot those albums as well, where you played  bass. (personal favourite Morning Star). How do you describe your activity with Entombed-guys during 1997-2005?
J: It was a lot of fun and we had our ups and downs. Looking back at it I really had a lot of fun and met a lot of nice people around the world that I am still friends with. 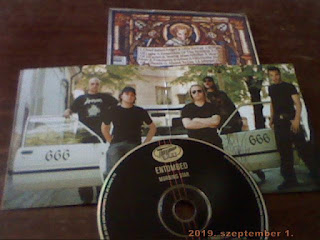 What is the situation with Krux now?
J: We were asked to do a gig about a year ago maybe and we nearly managed to do it but something happened and we had to cancel. Cant remember what it was, I think it was a double booked show at the venue or something...
We´ll see. The others are really busy with Candlemass, Opeth, Vojd and Mats is releasing his soloproject, Skyblood, soon. I hope we can make a show or two in the future, it was always fun playing with Krux.

You are from a very old town Visby, Gotland with rich heritage. Recommend us some interesting places and local food and drink please.
J: Yeah, Visby is a very nice place to visit. Old town with lots of ruins from the middle ages etc. It is well worth a visit.

Tack så mycket, Jörgen! All the best to you with Domedagen and The Project Hate MCMXCIX. Send some thoughts at the end…
J: Thank you for your support. Drop us a line or two on facebook and let us know what you think of our music. Cheers. 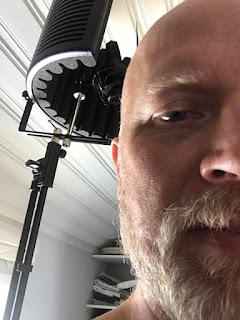 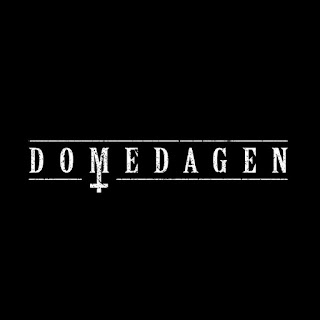