Interview with Peter Karlsson of 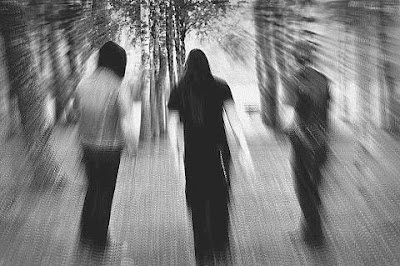 Dissection - "Storms of the Light's Bane"
Possessed - "Seven Churches"
Sadus - "Illusions"
Morbid Angel - "Altars of Madness"
Iron Maiden - "Killers"
Metallica - "Kill'em All"
Danzig - "Lucifuge"
Bathory - "Blood Fire Death"
Merciless - "The Awakening"
Mercyful Fate - "Don't Break the Oath"
Do you know any bands from Hungary, Ukraine and Romania? What other bands can you recommend us(from all the globe and also from Sweden)?
- Of course Tormentor. First time I heard "Anno Domini" it was like a new world was opened for me. Are Nokturnal Mortum from your area? Your 2 old bands, brother (Castrum and Domhring). Hmm, I should know more. I came across a band called Protest some time ago, I think they are from Romania. I know more. I can recommend "The Curse" from Sweden, also "Necrovation". "Anal Vomit" is great. A lot of bands out there.
Now regarding your local kitchen: what foods, drinks, tobaccoes can you recommend us?
- I have been sober for almost 7 years (long story). I have forgotten the names of drinks, but there were a lot of bloody Mary's to start the day. You get the breakfast in the same time in a way I only do "Snus" nowadays. When it comes tobacco, you know? Grov snus för fan! Food, it can be anything, I'm like a garbage... I eat almost anything.
Did you taught your son to play guitar? Does he listens to metal as well?
- We play now and then. I never force him. Right now he practice on some Black Sabbath and Accept stuff. Yeah, he likes metal stuff and have started a small, so far, vinyl collection. Faves are WASP, Kiss and Accept. But also enjoys Slayer, Sepultura (He met Paul Jr. last summer, also Dee Snider at the same time). And stuff like that. Also old stuff like Deep Purple and Rainbow. I try to learn the roots of it all. He is just 7 years old, and have met some of his idols. Some months ago we saw WASP, he was bloody blown away. This summer he will see Kiss, Accept (he likes the new album), Saxon etc. I don't try to form him, he is my kid and can listen to whatever he wants. Of course, he also sometimes can sing along with music that simply are "kid" music. I guess every country have some sort of clown that does music and are simply kid music. But if you would ask him what his fave band is, it would be "Pete Flesh Deathtrip". He is loyal.
What hobbies do you have besides metal?
- Reading and playing football with my son, also fishing. I do not socialize so much with other people. I have my son, girlfriend and her kids, just taking care of the closest.
Tack så mycket! That's all for now. The last warning is yours!
- Thanx bro for the interview, greatful for the support, you know it!!! People interested in my work are welcome to contact me. Hail the hordes!
Pete Flesh can be contacted here: 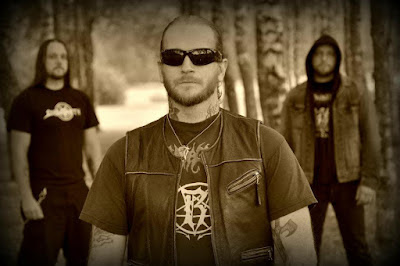