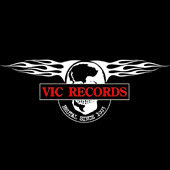 Hail Roel of Vic Records! Please tell the readers about the beginnings of your awesome label.
- Hail brother! Well, it all started when I did Mortician Mag in the early 90's...Interviewed many bands, we wrote tons of reviews, etc.....One of those bands was Katatonia and they asked me if I knew a label to release their demo on CD. So I said: give me a week and I will try to do it myself. I borrowed some money, found a pressing plant, and released the demo on CD, Vic001 it was...
Your first release is Katatonia's 1992 demo "Jhva Elohim Meth". Why has been a band from Sweden and not from the Netherlands?
- Yep, well, I was totally into Swedish Death metal, went to Stockholm each summer to meet my friends in Entombed, Therion, Carbonized, Afflicted etc etc..So it was obvious a Swedish band would be number 1:)  Haha, no, it wasn't intentioanlly a Swedish one....Of course I knew many great Dutch death metal bands.. Went watching Sinister, Gorefest ect in their demos days each weekend...But somehow my first 4 releases were Swedish. Trying to cacth up Ducth releases now with Weapons to Hunt, Polluted Inheritance, The Gatherng, Phlebotomized, Swazafix ect, haha. And more to come, like Obtruncation (re-issue of the debut and a brand new one!!), Eternal Solstice debut re-issue,and some more!!
When did you start, what genres did you want to focus on?
- I was deeply into Death metal in the end of the 80's / early 90's...But it wasn't necessarily to release death metal only.. The scene was fresh and exciting back then.... New subgenres coming up like Gothenburg sound, black metal and all sort of mixes..... Early Katatonia wasn't Death metal, nor Black metal, nor Doom, a perfect blend of it al, right?! I was into extreme underground metal, not a particular style. Always loved Iron Maiden as well of course....
Please share some infos about your artists and latest releases.
- Latest releases are the Johansson & Speckmann 'Sulphur Skies 'album, 2 death metal cult figures joined forces. The unrelased Master album 'Unknown Soldier, from 1985. Swazafix featuring Theo Loomans (RIP!), Phlebotomized demo and mini on 1 album. Upcoming reelease will be the Grai debut album release (now available outside of Russia for the first time, plus bonus video), and some realy exciting things coming up featuring Dutch death metal veterans... Can't say much yet, but keep an eye on our website/facebook page for more news! You will love it, I am sure about that, haha 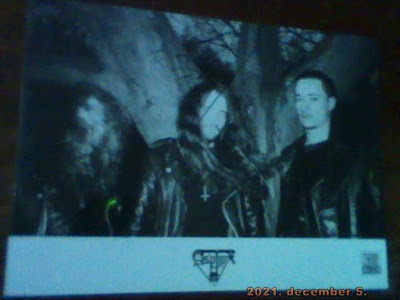 (Asphyx-card from my personal collection ('God Cries' line up)
with Bob Bagchus' signature, R.I.P., Theo Loomans -G)
What is your opinion about music industry today and free downloading?
- Illegal (I call it illegal instead of free:) kills our business. Illegal downloading 'fans 'dont realize  someone has to pay for recordings, mix, mastering, artwork ect BEFORE it could be downloaded....AND by downloading illegally, no one can recoupe their costs, nor make any cash. Needless to say, you cant earn any money to invest in the next release...But hey, its like that..Internet has many positive sides, and some negative. When you check out your bands illegally / for free on the internet and whe you like it you pay for it, OK to me:) Cant change it...So its a fact we have to deal with...
Would you be so kind to recommend us some Dutch bands?
- Of couse, haha... First of all the bands we all know: Sinister, Asphyx, Thanatos, Hail of Bullets, Bodyfarm, Houwitser....Phlebotomized will do some live shows and might return, Weapons to Hunt did a nice abum;). Pentacle is great and are still around. And the early 90's we had MANY great bands like Polluted Inheritance, Swazafix, Bluuurgh, Dissect, Mourning, Eternal Solstice, Threnody, Burial, Judgement Day, Dead End ect etc...And as said, Obtruncation will do a new album soon! Do you know their demo 2 from 1992? One of the most heavy, brutal intense Deathmetal ever emerged from the Netherlands!!!!! 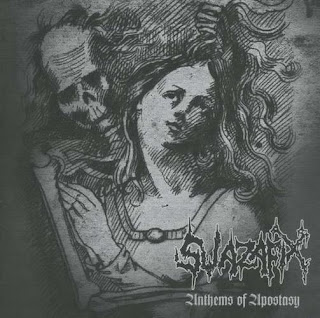 Were you in contact with bands from Hungary, Ukraine, Romania or Moldova?
- YES! We have released several Hungarian bands, Sin of Kain, Archaic, Bornholm and Sear Bliss. András from Sear Bliss is a long time friend. No releases from the other areas you mentioned. Ukraine has a great scene though! 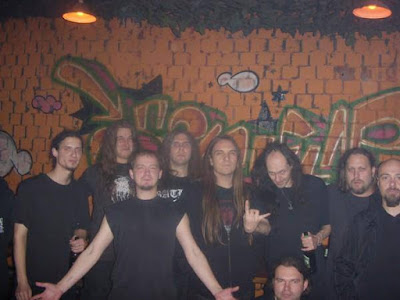 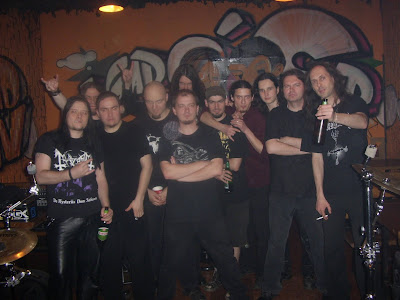 (Bornholm and Domhring, Debrecen/Hungary, 18.IV. 2009)
What are your favourite releases from last year (including Vic Records ones)?
- Listening to Bodyfarm a lot these days, great album on a great label. All Asphyx works are great, Johansson & Speckmann is a real great old school album (out in June)...Also in a Greek metal trip these days, old Rotting Christ, Varathron, Necromantia and Thou Art Lord are extremely great!
Could you recommend us some foods, drinks from The Netherland, especially from your area?
- Not sure if my area, Utrecht, has any specialities actually... Good piece of meat will do it for me! As for drink, we have some nice beers, but the Belgium ones reign supreme of course...
Apart working at Vic Records do you have another job and any hobbies apart music?
- Vic Records is my full time job. Luckily my wife works too:). Not in the music business of course, haha... Music is also my main hobby....Also can enjoy sports, football especially...
Have you organized any concerts?
- Nope:) Running the label, meaning releasing music and all it takes all my time...
What can you tell about your future plans?
- Some Dutch underground pearls re-issues of course! Also some great German re-issues are coming up: Torchure and Ashorted Heap!! Remember those bands?
Bedankt/Thanks for the interview. The last (blasphemic) words are yours!
- THANK you, Georg! Keep on supporting metal! Much appreciated!
Also, if you need any help for your band, the label can be contacted here:
vicrecords.com
facebook.com/pages/Vic-Records/321130546025
twitter.com/vicrecords
youtube.com/user/vicrecords
last.fm/label/Vic+Records
myspace.com/vicrecords
my Hungarian review with English Brief sum of Black Shepherd: 'United Evil Forces', 7.X.2019:
kronosmortus.com/lemezismertetok/black-shepherd-united-evil-forces/