Interview with Vincent Crowley
(Acheron, Infidel Reich, Dominari,
One With Darkness)
(Questions compiled by Cornelius of Encomium 'zine and
Georgius of Archangel's Lantern) 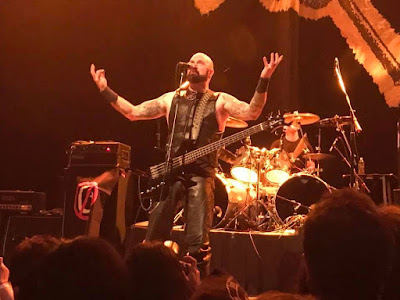 Hail to thee Vincent! The latest release of ACHERON was "Kult des Hasses" in 2014. I suppose you already have songs written for your new masterpiece. Please share with us as many news as possible regarding the new tracks, lyrical approach as well as musical direction. When can we expect the new ACHERON album to be released and will Listenable Records take care of it again?
- Actually, there will be no more new original ACHERON albums put out. 2018 will be the last year the band is active and booking shows. After that we will be on to other things. If someone offers us a good show we would consider getting together to do it, but it would have to be a special one. I do hope to re-record some old ACHERON songs with the present line-up in the future and maybe do a live CD. Other than that I have plans to start some other musical projects.

Lately you had some line-up changes. Could you please name us the actual members of ACHERON?
- For the last 4 years we have had the same line-up of myself on vocals and bass, Art Taylor on guitar, Shaun Cothron on guitar and Brandon Howe on drums. This is by far the best and most solid line-up ACHERON has ever had. 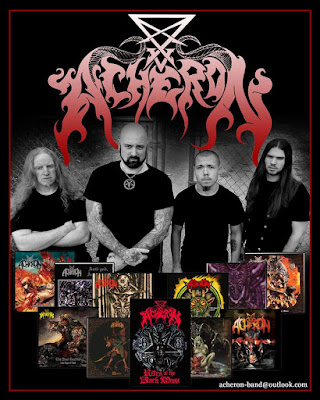 I've noticed that you are a big fan of master King Diamond. Would you be so kind to tell us, when did you start to listen to MERCYFUL FATE/KING DIAMOND? Did you ever share the stage with him? What are your favorite tracks/albums from his discography?
- I discover MERCYFUL FATE when I was in High School. They became a favorite of mine right away. King is the ultimate front man. I have never had the pleasure of playing with any of his bands. (I wish!) I like ALL of his work. But early MERCYFUL FATE holds a special place in my black heart.

Unfortunately this year, on the 7th of July, Gino Marino former member of cult Death Metal bands INCUBUS & NOCTURNUS has passed away. Please share your thoughts about him and the old times. How was it to play with him back in 1987?
- Gino was a very talented guitarist. A crazy guy who loved to shred. He had his ups and downs in life. It is a shame he had to leave the world so early. 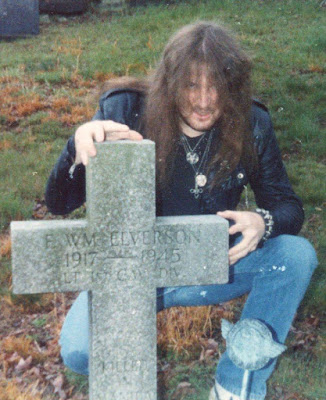 Let's talk a bit about INFIDEL REICH. How and when did you become a part of this awesome group? Please enlighten us in details the lyrical conception and the song-writing process of the material to be unleashed shortly.
- Bob Bagchus and I have been friends for many years. We used to trade tapes back in the late 80's when he was in ASPHYX. We have talked about doing a project together for years. When all this politically correct bullshit started taking over the scene our views were very much the same. We said this is the time to do something that means something to us. So INFIDEL REICH manifested. We got Stijn and McNasty in the band and everything fell into place. They write the music and I write the lyrics. We are already working on material for the 1st full length album. We just released a self-titled mini-album this year.

There was a great material released by WOLFEN SOCIETY back in 2001. Do you plan any continuation of that project along with Lord Ahriman?
- No, WOLFEN SOCIETY is laid to rest. I'd love to do something with Ahriman again. He is a true Metal brother and a good friend. I miss that Swedish Bastard! (Ha, Ha) Anytime he wants to do something...I'm in!

Do you have any plans to play with ACHERON in the countries of Europe? It would be simply amazing to see you playing live in Slovakia or Hungary.
- We would love to come to Europe in 2018 for the final shows. But thus far we have had no success getting on any festivals. 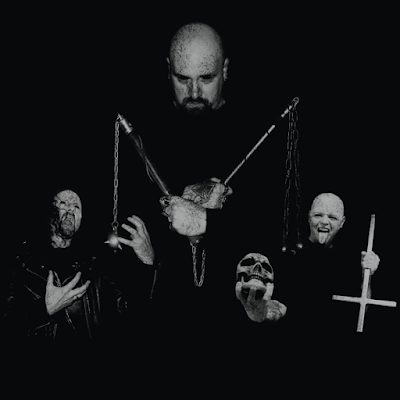 What's the current Top 10 of your favorite albums, books & movies?
- I can't give you 10 of each, but I give you some favorites of mine. MERCYFUL FATE "Melissa", BLACK SABBATH "Self Titled", CELTIC FROST "To Mega Therion", MOTÖRHEAD "Iron Fist", VENOM "Black Metal".
THE SATANIC BIBLE, SATAN SPEAKS, MIGHT IS RIGHT, MANSON IN HIS OWN WORDS, THE ANTICHRIST.
THE OMEN TRILOGY, EVIL DEAD, DEVIL'S REJECTS, THE STRANGERS, THE COLLECTOR, BRAINDEAD, HALLOWEEN, DAWN OF THE DEAD.

What are your favorite Satanic quotes?
- "There is a beast in man that should be exercised, not exorcised."
Anton Szandor LaVey

"The Atheist complains about the wind. The Christian prays for it to change. The Satanist adjusts his sails."
Anton Szandor LaVey

"If you're going to be a sinner, be the best sinner on the block."
Anton Szandor LaVey

"Don't waste your time with people who will ultimately destroy you, but concentrate instead on those who will appreciate your responsibility to them, and, likewise, feel responsible to you."
Anton Szandor LaVey 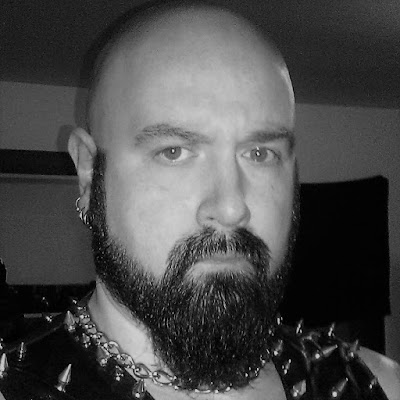 Would you be so kind to recommend us some foods and drinks from your local cuisine?
- None in this area! (Ha, Ha) Food is shit here. That is why I love going to other countries.

Which places are worth to see and visit in Columbus?
- I can't think of any. Not a big fan of Columbus. I just live here. (Ha Ha)

How the underground scene of Ohio looks like these days? Do you play a lot over there?
- Not a big scene in our area. But we did just play a show here last Saturday and it was a great show with lots of support. Our first show in our own town since 4 years. 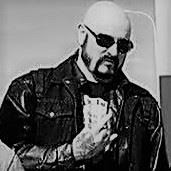 At the end, please send your greetings to the European fans of ACHERON. Last occult words are yours.
- Hails to all who have supported my work. Without you nothing would happen! Get ready for some new projects of mine including INFIDEL REICH, DOMINARI, ONE WITH DARKNESS and my upcoming VINCENT CROWLEY solo project. Hope to see you at some of the live ACHERON shows in 2018! Ave Satanas! 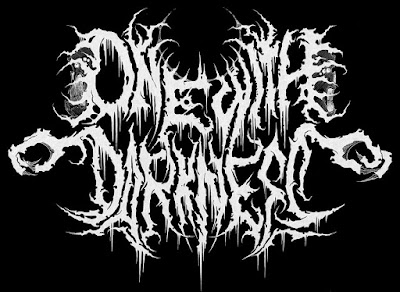 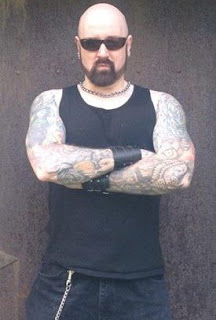 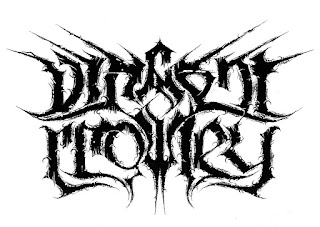 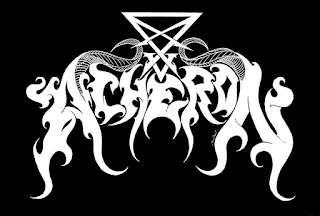 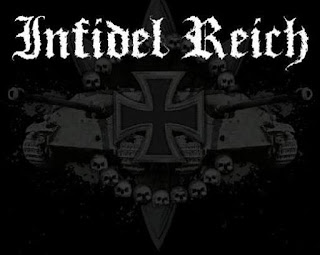 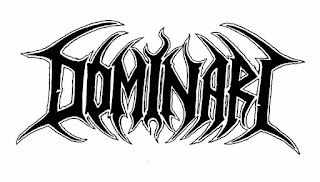 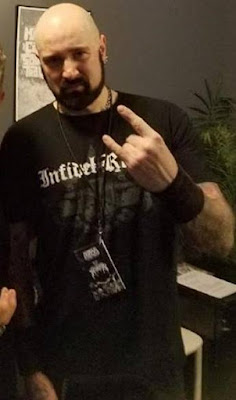